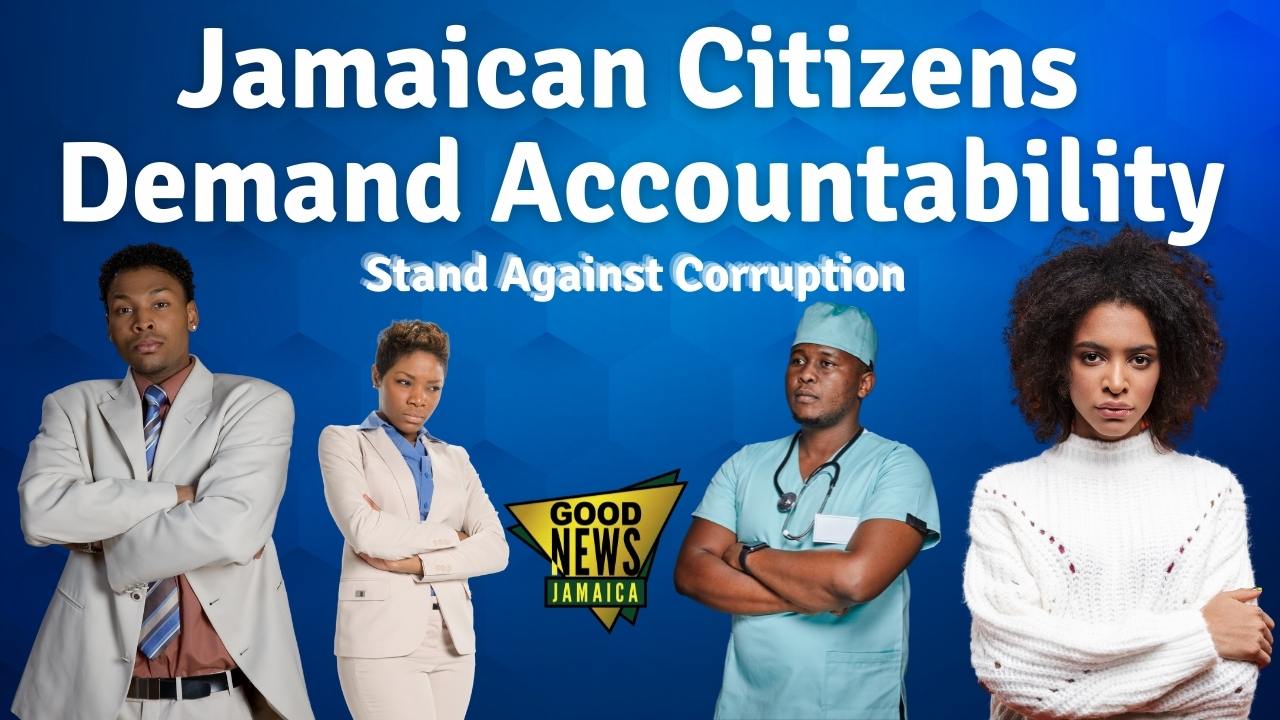 There is growing concern about the frequency and scale of inappropriate and potentially corrupt activities taking place in Jamaica, especially during the pandemic that is decimating lives and livelihoods. As taxpayers and members of the Advocates Network, we demand accountability!

We join the National Integrity Action (NIA) and Jamaica Accountability Meter Portal (JAMP) in demanding accountability for the $124 million of taxpayers’ money unaccounted for by the Joint Committee for Tertiary Education. Those responsible should pay back every single cent! But this is only the latest in a string of questionable expenditures, breaches and potentially corrupt, criminal activities.

In the last six (6) months, three different public bodies have been cited for conflict of interest by the Auditor General (AuGD) and the media. In all 4 cases, board members benefitted or could benefit from procurement decisions made by their Boards, totalling $707 million of taxpayers’ money. Where are the long-awaited Regulations to reduce cronyism and nepotism in Board appointments to Public Bodies?

We also note with concern the following violations cited in the AuGD’s 2019/2020 Annual Report:

AuGD’s Report documents many other violations submitted to Parliament annually. In the oversight of the government’s spending of taxpayer’s money, we rely on Parliamentarians to hold public officials accountable for violations identified in the AuGD’s Reports. This year we will spend $1.2 billion on the Parliament to undertake this responsibility and more. But will we get value for our money?

We are very concerned about Parliamentary credibility and stewardship of our money, especially in light of the unacceptable behaviours of some Parliamentarians, including, but not limited, to the following:

a. Former Parliamentarian Ruel Reid was accused of corruption and was arrested and charged with multiple criminal offences in 2019 by the Financial Investigations Division (FID). Taxpayers are still financing salaries of more than $11 million annually for both Ruel Reid and former CMU Principal Fritz Pinnock.

b. Cabinet Ministers that resigned or sanctioned due to: (i) allegations of corruption, fraud and mismanagement at the state-own oil refinery Petrojam and the National Energy Solutions Limited (Andrew Wheatley); (ii) conflict of interest in the Holland lands lease involving 1,400 acres of land (JCHutchinson); and (iii) conflict of interest in the Holywell lands application (Daryl Vaz).

c. The Integrity Commission’s 2020/2021 annual report revealed that 32 public officials, including 5 Parliamentarians, were non-compliant with reporting requirements and were offered the opportunity to discharge their liability, resulting in 8 million dollars in fines. Significantly, the Integrity Commission also referred eight public officials, including two parliamentarians, for prosecution for allegedly providing false information in their statutory declarations.

d. House Speaker Marisa Dalrymple Philibert is still in Parliament, presiding over the public’s business, while charged by the St Ann Police and before the Court for illegal dumping.

e. George Wright still sits in Parliament after reporting a physical altercation to the police on April 11, 2021, and without a denial of battering a woman.

In response to the pandemic, we must seek international assistance from the World Bank, IMF and other donor agencies to mitigate the social and economic fallout. While it is estimated that approximately $100 billion of taxpayer’s money is lost every year due to crime and corruption in Jamaica. JAMP has repeatedly noted that no Public Accounts Committee (PAC) or Public Administration and Appropriations Committee (PAAC) Annual Report, documenting possible corrupt activities and more, have made it to the Parliament’s Agenda for discussion and action in the last 15 years or more. This year, taxpayers will pay approximately $3.06 billion to the 3 main oversight institutions, Auditor General’s Department, Integrity Commission, and MOCA, to investigate and reveal corruption.

We need to seek international aid in holding corrupt public officials accountable. For example, under the Magnitsky Act, persons associated with terrible human rights abuses, corruption or the transfer of the proceeds of corruption can be investigated and sanctioned by the US. Since the inception of the Global Magnitsky program in 2017, 243 individuals and entities from 28 countries have been designated under the Global Magnitsky for involvement in corruption or serious human rights abuses.

This begs the question, who is to “guard the guards” watching over our money? Who will take the lead? We demand more accountability for our hard-earned money!