Home Entertainment Music News Get up, stand up! The Bob Marley Musical 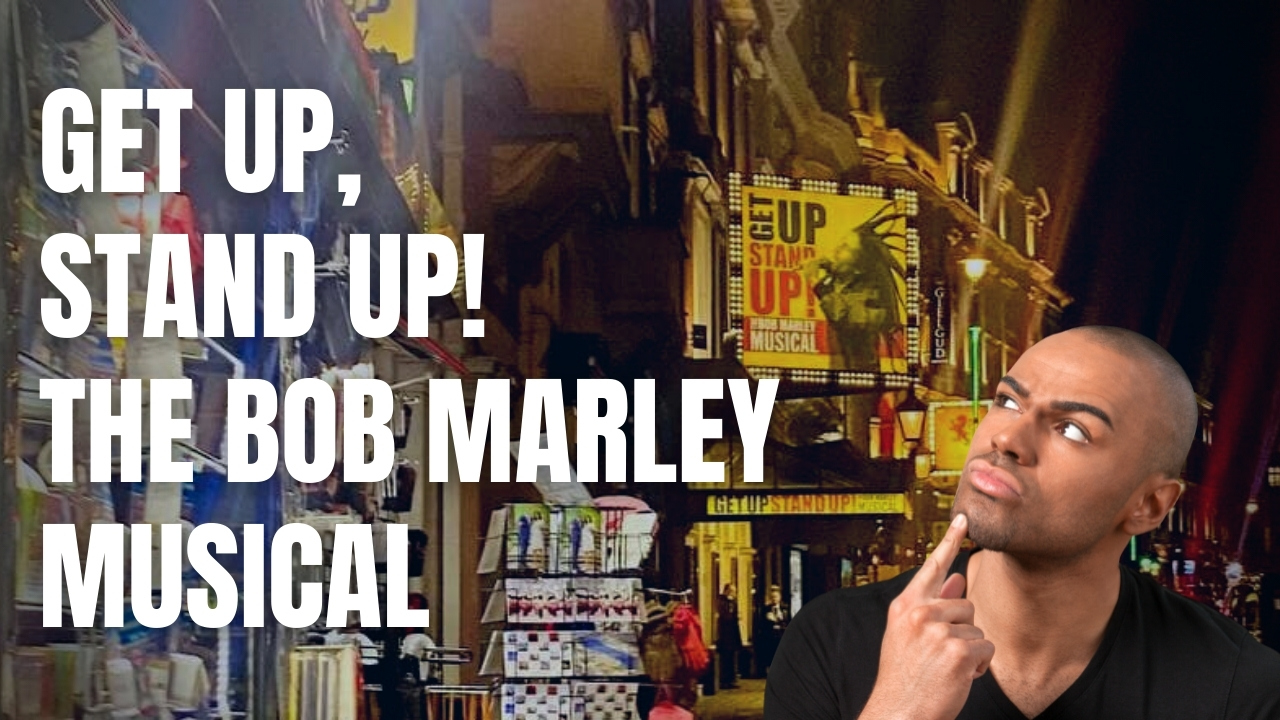 As a Jamaican living in the UK for over 25 years, I have never felt more proud than I did while watching the life of Bob. The audience relived The King’s life on the West End stage of the Lyric Theatre in London. The theatre held the maximum capacity audience on 3rd October 2021. The production opened on 2nd October, so you know Good News Jamaica had to get the scoop on what it was like to experience this momentous musical.

October is Black History Month in the UK, and so there was an intensified global pride to be one of a few who had the opportunity to see the stunning performance on its opening weekend with full bass and dazzling red, green and gold props. Get up, stand up, the Bob Marley musical delivered in abundance on several levels.

Firstly, the stage was reminiscent of recognisable areas of St Ann and Kingston. Anyone familiar with Bob Marley’s history would have expected that. These included Bob as a child sent to Kingston by his mom, to Trench Town to Hope Road. These settings were spectacular and translated beautifully onto the stage of the prominent theatre.

Then there was the cast with Bob, Bunny, and Peter portrayed as we had come to expect. The I-threes with Rita at centre stage flanked by Judy and Marcia stood beside Bob to the very end.

The complexity of the Cindy and Rita saga played out with sensitivity. The audience travelled on an emotional roller coaster when Bob declared to Rita that she and the children would always be in the “centre of the circle”. He proclaimed that there would be other circles. As a woman, my heart ached when I thought about how that must have felt like a dagger to Rita’s heart. She had to accept that their marriage would be unconventional.

Get up to the Music

It was a moment in life that we will not forget. All doubt of the legacy of Bob Marley or the impact of reggae music, that doubt left the building. It was exhilarating, joyous, emancipatory, triumphant, melodic, poignant and inspiring to the audience to unite as a people and make the world a better place. The message of caring for the people and taking the message through music to the people was well made at many critical points during the production.

My nine-year-old daughter said, “It was such as wonderful musical”. My husband is already talking about going to see it again. He believes it will run for many years to come.

Congratulations are to everyone associated with bringing the man, the music, and Bob Marley’s legacy to the centre stage! Get up, stand, the Bob Marley Musical was a unanimous winner! Long may it be watched by generations of people of all colours. May people of all walks of life watch so that they too will be taught. May the world remind and inspire all to get up and stand up! ✊🏽❤️💛💚