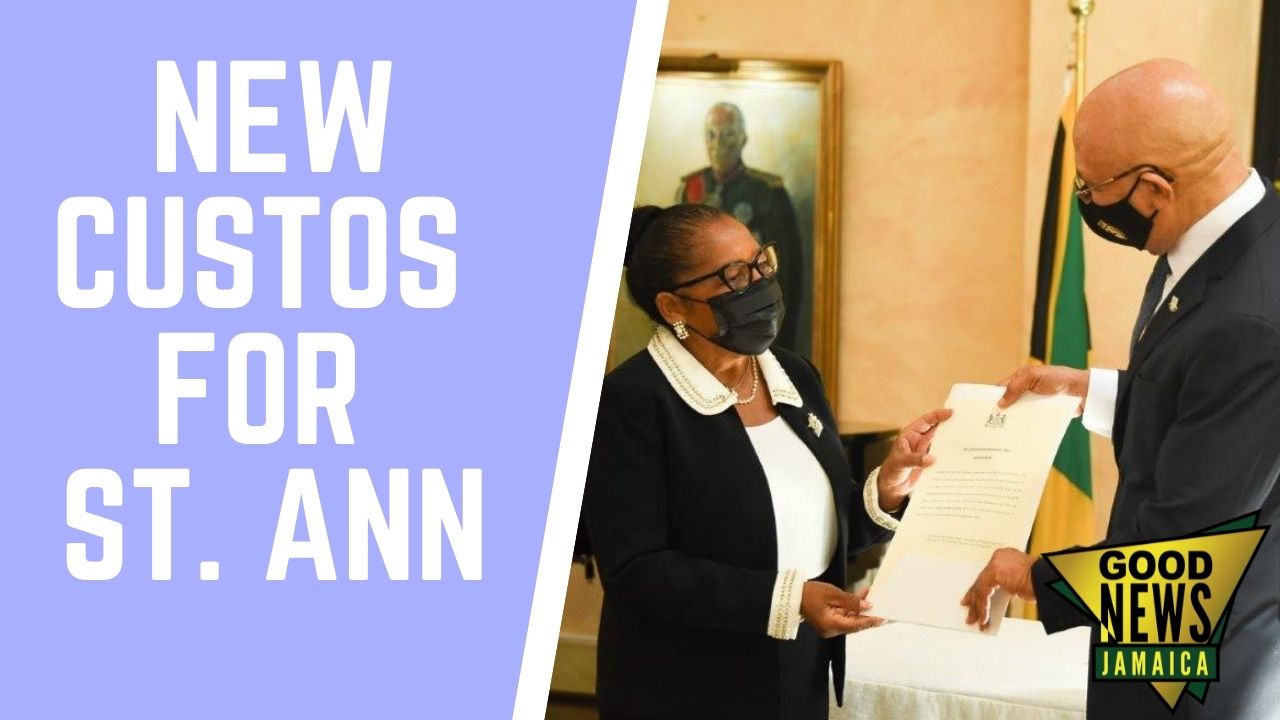 In his remarks, Sir Patrick observed that Mrs Golding’s appointment comes at a difficult time in the Nation when “the COVID-19 pandemic dictates that we do things differently and manage what we do with great caution to stay safe.”

The Governor-General said that as Custos, the Honourable Icylin Golding is now the first citizen of St. Catherine, Keeper of the Roll of Justices of the Peace for the Parish and one who will serve, without prejudice, all the people living in the Parish.

In her response, the newly appointed Custos thanked The Governor-General for the opportunity to serve and pledged, “to honour this title in such a way that at the end of my tenure, I would have obtained my best work. . . Today is another milestone in the tradition of service for the family from which I belong – the mantra being ‘fear God and serve humanity’.”

In acknowledging the role of the Custos to provide leadership to The Governor-General’s Programme for Excellence, with its emphasis on service and recognition, through the Governor-General’s Achievement Awards and the I Believe Initiative, Custos Golding noted that “In order to derive a peaceful society, we need to engage the unattached youth and get them involved in the affairs of their community.”

Custos Golding succeeds Reverend the Honourable Jeffrey McKenzie, CD, JP, who retired in August this year, after occupying the post for six years, from the 1st April 2015 to the 18th August 2021. She is the second female to serve as Custos of St Catherine and joins four other female Custodes.