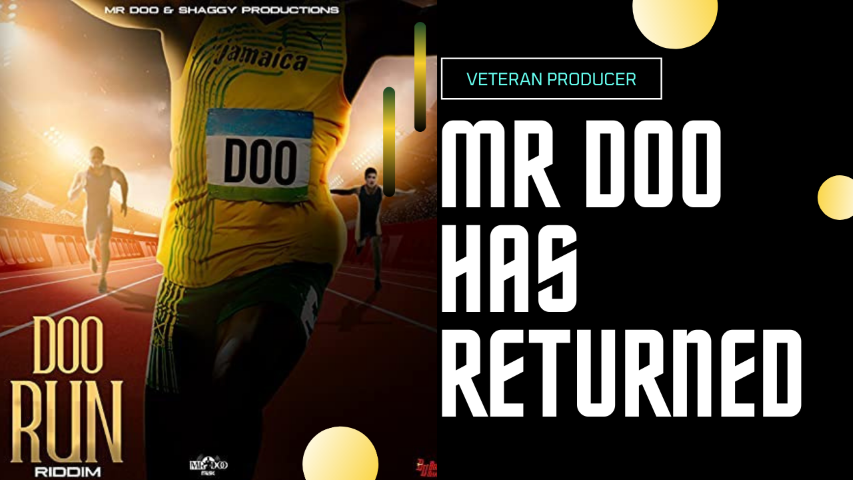 Veteran producer Mr Doo has stormed his way back onto the airwaves with an iconic rhythm dubbed “Doo Run”.

With this release, Mr Doo takes the beautiful sound of live reggae back to the front of the line.  He pays homage to the mega-hits he dropped in the ’80s and ’90s, collaborating with Greggory Issacs, Cocoa Tea, Ninja Man, George Nooks, Tony Rebel, Shaggy, Little John, Sanchez, Freddie McGregor and others.

Producer Mr Doo had this to say, “My hits in the past, like Riker’s island by Cocoa Tea, My Weapon by Ninjaman, Artical Don by Greggory Issacs, and Bad Minded People by George Nooks, made me feel like an important contributor to the industry.  As a person who grew up around Bob Marley, Freddy McGregor, Dennis Brown and Greggory Issacs, it made me feel like I was producing from their direct teachings.  So based on that, I feel like I still have more to contribute. I’m coming back to making great music to join with the other great producers who are making great music.”

The project is a collaborative effort between Grammy Award-winning megastar Shaggy and Mr Doo.  This partnership marks Doo’s return to the studio after a long absence.

“Music has always been my passion and something I love very much. I like to write and sing.  I don’t believe that I have put all that I can into music.  Now I feel like I want to write, fulfil and live out my passion.  I love to express myself with music. Based on what I see in society right now, it makes me want to contribute to the writing of our storying through music.”, said Mr Doo.

As is his signature when putting musical projects together, Mr Doo reached for some of Jamaica’s top names to participate in this representation of the authentic reggae and dancehall sound.  The accomplishment boasts new music from Bounty Killer, Brian and Tony Gold, Shaggy, and Rayvon, along with new talent.

The project release date is Sept. 3rd VPAL will distribute the tracks throughout the digital space.  Look for them, especially on Spotify, iTunes, Amazon, and through the usual distribution channels of world-class music.

Below is a list of the tracks in the compilation: (not in order)

Things you Do – Bounty Killer/Brian and Tony Gold

Keep on Moving – Mezmo Rock One

I Get Money – Amber Lee

0
2   0
previous The Alpha School Of Music, Upward and Onward