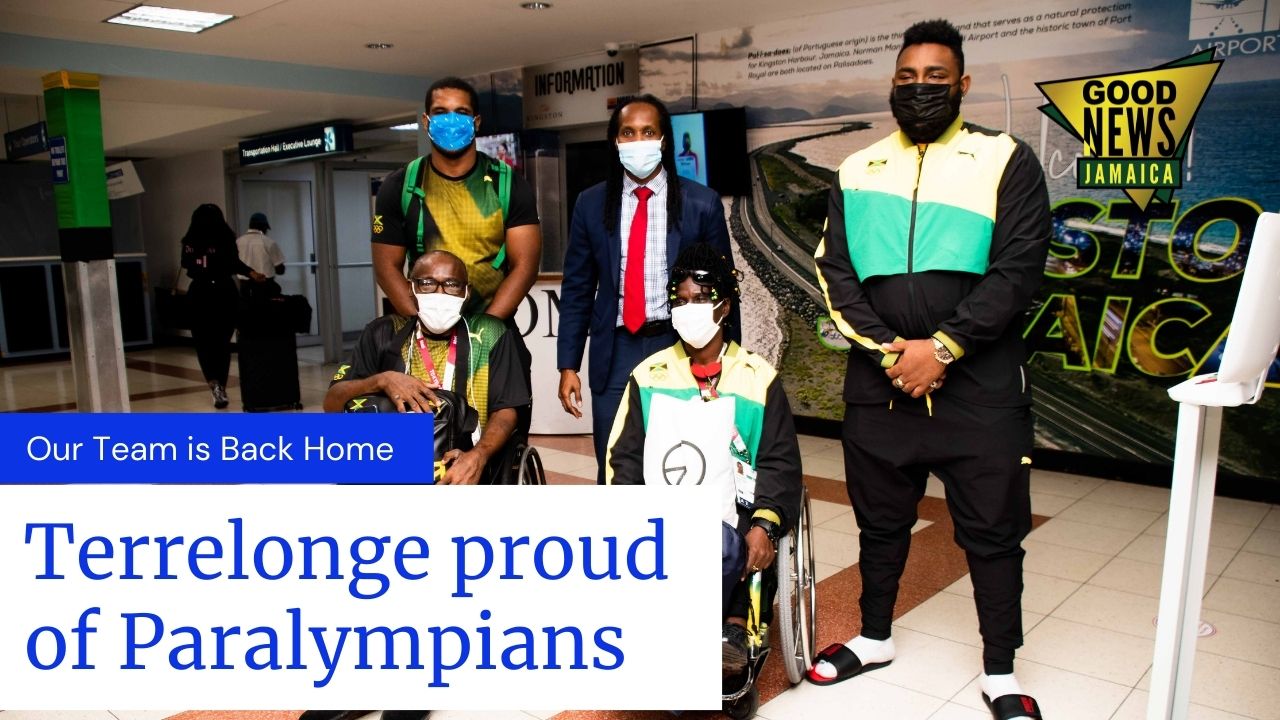 The Minister of State in the Ministry of Culture, Gender, Entertainment and Sport, the Honourable Alando Terrelonge, has hailed Jamaica’s team to the 2020 Paralympic Games in Tokyo, Japan.

Minister Terrelonge was on hand at the Norman Manley International Airport on Thursday as 8-time Paralympian, Sylvia Grant; Judo competitor, Theador Subba; and coaches Neville Sinclair and Stephen Moore returned to the island.

Minister Terrelonge said he was pleased with the performance of the Paralympians.

Minister Terrelonge said:
“We are extremely proud of our two Paralympians [who returned home this evening]. Theador — this is his first Olympics — he would have represented Jamaica in Lima in 2019 when he just started out. So you’re talking about two and half years experience and he’s now ranked seventh in the world. We’re extremely proud of him. As for Sylvia, this is her eighth time at the Paralympic Games and she’s done extremely well between javelin and discus. She continues to represent herself and Jamaica well and we’re very proud of them.”

Neville Sinclair, the manager/coach said the country shouldn’t be disappointed that there were no medals this year as the competitors did their best.

Sinclair said:
“A coach would always want to make sure that their athlete is on the podium, however when you have an elite competition like the Paralympic Games and you have athletes going out there and giving PR and season’s best [performances], that’s awesome because it has shown that the athletes went out there and did their best. So not getting a medal, any coach would be disappointed, but we’re happy for the performance.”

Sylvia Grant, who produced her personal best in Tokyo, said it would be her final Paralympic Game:
“I want to retire because I want to help others especially females like me to come and do what I do. This is my last Olympics but I’m going to the Commonwealth Games to do shot-put.”

Theador Subba, who was competing in his first Paralympic Game, was proud of his performance:
“I think I did pretty well. This is my first time being at the Olympics in a matter of two years since taking up the sport. I think just being at the Olympics was very good. Not to float my own boat, but going forward expect great things.”

Subba’s coach, Stephen Moore, said “at the Paralympic Games, ‘Theo’ is the youngest, not in just age but in experience, in his weight category. He’s 23 years old. He’s been doing Judo since 2019, only two years, so a seventh-place finish is marvellous in my opinion. Couldn’t ask him for more, to be very honest.”

The other members of the Jamaican delegation are due to arrive next week.