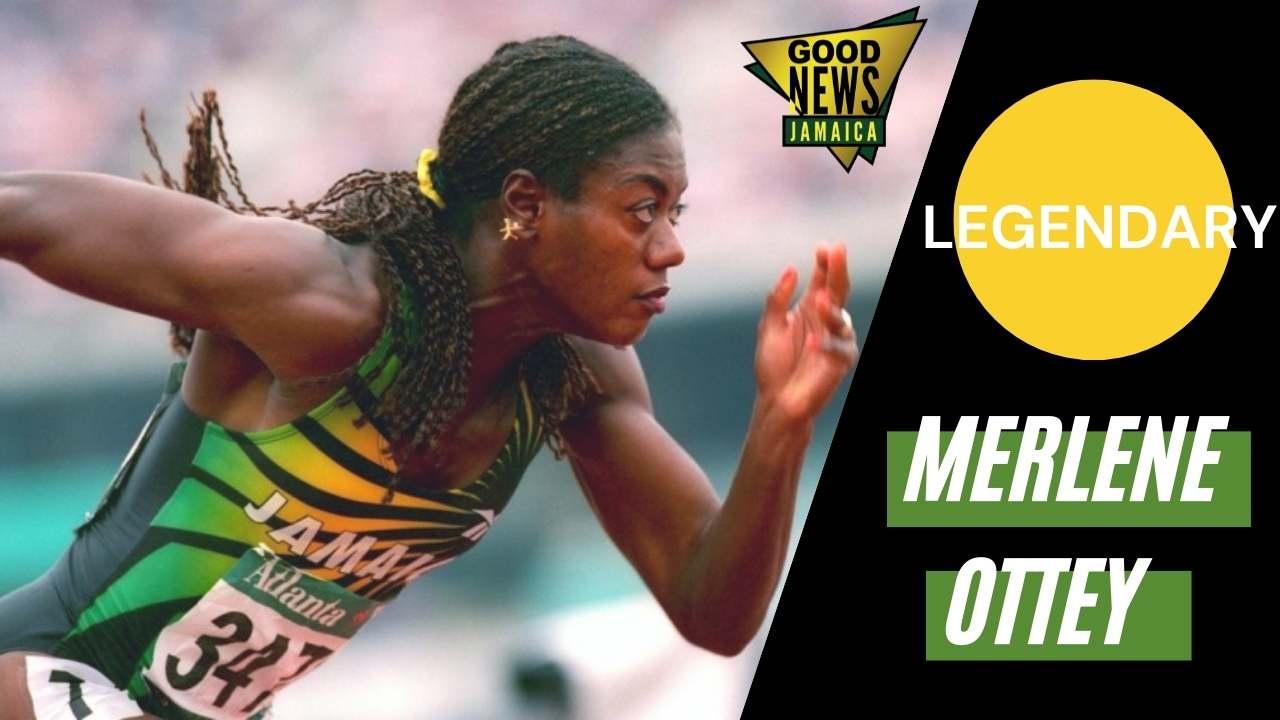 Jamaica’s world-class athletes represent a variety of sporting disciplines. This article dissects one of our most decorated athletes. Merlene Joyce Ottey was born on May 10, 1960, to Hubert and Joan Ottey. She is from Cold Spring, Hanover, and is the fourth of seven children.

Before she moved to Pondside All-Age School, Merlene attended Gurney’s Mount Primary School. Her high school years were split between Rusea’s High School and later Vere Technical High School. In her first year at Vere Technical, she broke the 100m and 200m records in the Girls’ Championship meet.

After witnessing her performances at the local track meetings, her mom eventually recognized her daughter’s natural athleticism. With this in mind, Merlene’s mother accompanied her to an invitational track meet in Kingston. However, since they had no friends or family in Kingston, they spent the night in a police station. Merlene ran her heart out to ensure she had a shot at a gold medal. She succeeded by winning gold medals in the 100m and 4×100 relay races. The year was 1979. Thereafter, she broke historic ground while competing at Nebraska University, the Olympic Games and World Championships.

Merlene and Her Rich Career History

Merlene launched an impressive career of winning many honours and firsts. Below is a fraction of her incredible deeds.

One of Merlene’s biggest rivals during the 1990s in the 100m, Gail Devers recently had this to say. “She knows that I have always admired her because I don’t care at what age. If she steps out there now, I am concerned. You might want to be worried because if she is in the lane, she is ready to go.”

Ottey competed during a dar period in track and field when doping was rampant. Some teams reportedly had state-sponsored drug programs. Even with this backdrop, Merlene performed at her peak, never used drugs, and created a legacy that the world can not deny.

Although Merlene Ottey became a Slovene citizen in 2002, she will always be a Jamaican legend in our hearts.