Home Sports Raheem Sterling – The Boy from Brent and Marverley 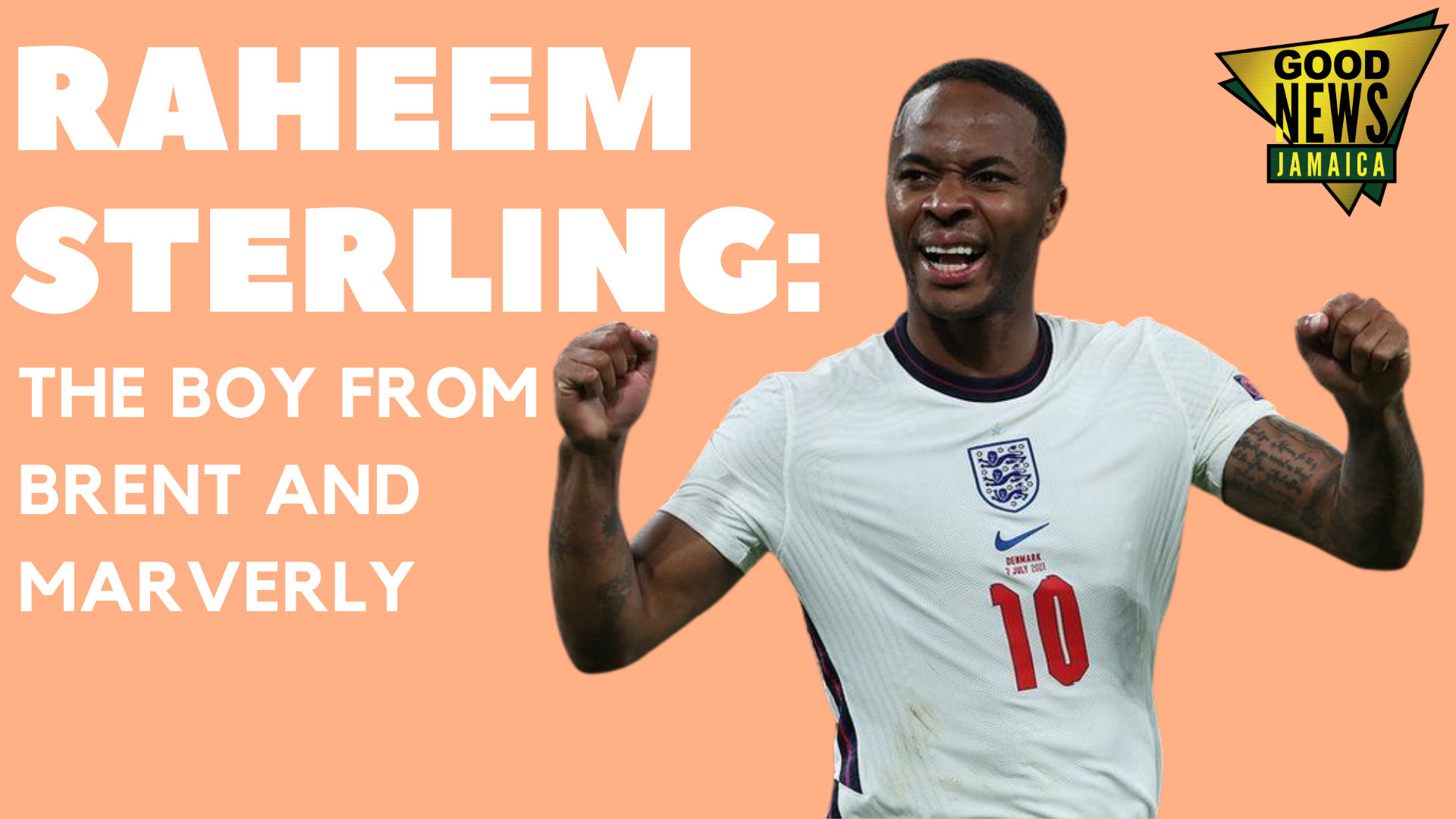 Raheem Sterling – The Boy from Brent and Marverley

Raheem Sterling – The Boy from Brent and Marverley

Jamaicans are famous for standing out wherever they go. Whatever we commit ourselves to, we will excel. After all, greatness lives in us; there is nothing we can’t do. Year after year, we continue to be proud of our accomplishments in different careers, including sports. Recently, Raheem Sterling has been making major waves on the football pitch. From scoring goals against Germany, Croatia and the Czech Republic to assisting Harry Kane’s opener against Ukraine and winning a penalty against Denmark; he’s been a crucial part in England reaching the UEFA Euro 2020 final. Now, our Jamaican ‘boy’ is only one game from being a legend.

Who is Raheem Sterling?

The 26-year-old is widely hailed as the Boy from Brent, but he is also the Boy from Marverley. Raheem Sterling is of both Jamaican and English nationality. He was born in Kingston, Jamaica, but at just two years old, his father was murdered. Shortly after the death of his father, his mother migrated to England. Raheem and his sister stayed in Jamaica with their grandmother for the next three years. At five years old, they migrated to England to live with their mother.

Raheem fell in love with football early and continued playing after migrating to the UK. After moving to England, he spent four years playing for an English youth team. By age 10, he became a winger for Queens Park Rangers. His skills were undeniable, and four of England’s football clubs tried to recruit him for their team. However, he signed a deal with Liverpool. After playing for five years, he transferred to his current club – Manchester City. Some of his most notable football achievements include captaining the Manchester City team to victory in the 2020 Premier League.

Since January 2017, Raheem has raised awareness about racial inequality via his work both on and off the field. He uses his platforms to speak against the racial abuse he receives and often criticises the media’s portrayal of black players. Raheem has since become the key personality of the No Room for Racism campaign to tackle racism in the Premier League. Since his activism, the need for change in the game and society has been recognised throughout the 2020-21 season, with teams taking a knee to highlight racial injustice.

Sterling has been named one of the 100 most influential Black Britons and was included in the annual Powerlist in the 2020 and 2021 editions. Additionally, he became an MBE in the Queen’s Birthday Honours for his services to racial equality in sport in June 2021.

On Sunday, July 11, England will try to defeat Italy in the Euro 2020 final. This is the first time England’s male team have made a major final since the World Cup victory in 1966, thanks to the help of Raheem Sterling. We’ll be waving our flags high in support of Raheem. Get your dutch pot covers and vuvuzelas ready! Make sure you finish preparing Sunday dinner by 2 p.m. Follow us on social media and help us to cheer for the #boyfromBrent.