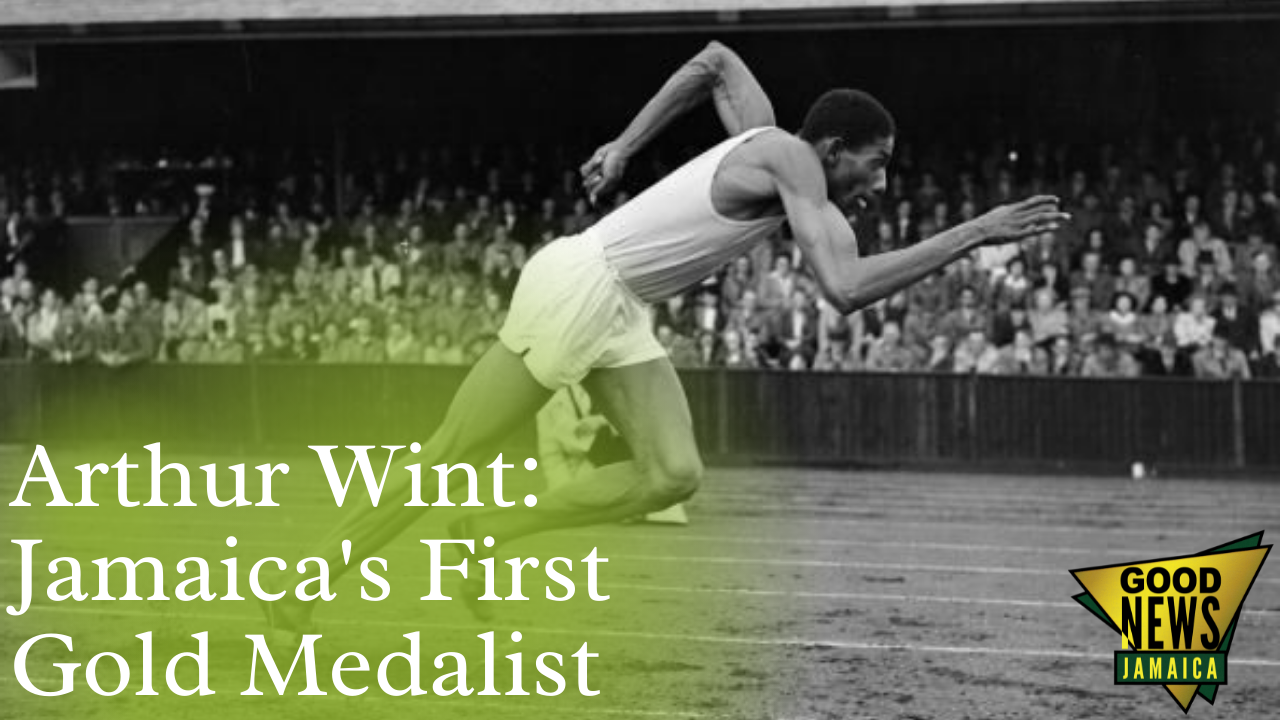 The year 1948 will always be a special one in Jamaica’s track and field history. The first time a team from Jamaica took part in the Olympics was at the London Games in 1948. That year, Jamaica finished in the Top 20 and won its first three medals. The Jamaican team was captained by Arthur Wint and consisted of 13 athletes who competed in three sports. Their trip was financed by the nationals who raised money by public subscription. Most of the athletes had to travel on a banana boat, which arrived in England after 24 days. Unlike the recent Olympic games, there was no specially-built athletes village for the competitors. Along with some of the other males from the Commonwealth teams, the Jamaican men were housed at Wembley County School, while the women stayed as guests of local families.

Who was Arthur Wint?

Arthur Wint was born in Plowden Hill, Manchester, Jamaica, in 1920. He was a multifaceted man who often represented his homeland, Jamaica. Throughout his life, he was affectionately called the “Gentle Giant”. His athletic career began in high school. Wint attended two high schools; he first went to Calabar High, where he ran sprints and did both the high and long jump. He later transferred to Excelsior High, where he finished his secondary education.

In 1937, at the age of 17, he was the Jamaica Boy Athlete of the year. At the age of 18, Wint won his first international gold medal. He had placed first in the 800 metres at the Central American Games in Panama. Unfortunately, the Second World War caused international competitions to cease. As a result of the ongoing war, the Royal Air Forces (RAF) started recruiting men from the British colonies. In 1942, at the age of 22, Arthur joined the British Commonwealth Air Training Plan. He received training in Canada and set the Canadian 400-metre record while training there. After two years, he received his pilot licence and saw active service as a Spitfire pilot. He resigned from the RAF in 1947 after winning a medical scholarship.

The Gentle Giant’s place in history was secured when he became the first Jamaican to win an Olympic gold medal in the 1948 Olympic games. At the time, Herb McKenley, another Jamaican, was the crowd’s favourite. Herb was expected to win the 400m race, especially since he was the world record holder. However, Wint pulled off a stunning upset in the final meters of the race to take the gold and mark his place in the history books. This historical race awarded him his second Olympic medal, having placed second in the 800m race three days prior. Unfortunately, Arthur pulled a muscle in the 4x400m relay final, missing a probable third medal.

Wint made history for the second time in the 1952 Olympic games staged in Helsinki, Finland. He was part of the historic team setting the world record while capturing the gold in the 4×400m relay; they ran a time of 3:03.9. He also won silver in the 800m race.

Arthur ran his last race at the Wembley Stadium in 1953. He finished his internship at St Bartholomew’s Hospital and graduated as a doctor. A year later, he was made a Member of the British Empire (MBE) Order by Queen Elizabeth II. He returned to Jamaica in 1955 and settled in Hanover. Wint proudly worked as the only doctor in the parish for many years. In 1973 he was awarded the Jamaica Order of Distinction for his service to communities, charities, schools and businesses. He returned to England in 1974 for four years as Jamaica’s High Commissioner to Britain and simultaneously the ambassador to Sweden and Denmark. Other honours include induction to:

He died in Linstead on October 19, 1992, at the age of 72. Arthur Wint lived a “full” life that inspired many. The Gentle Giant laid the foundation for our other talented athletes.