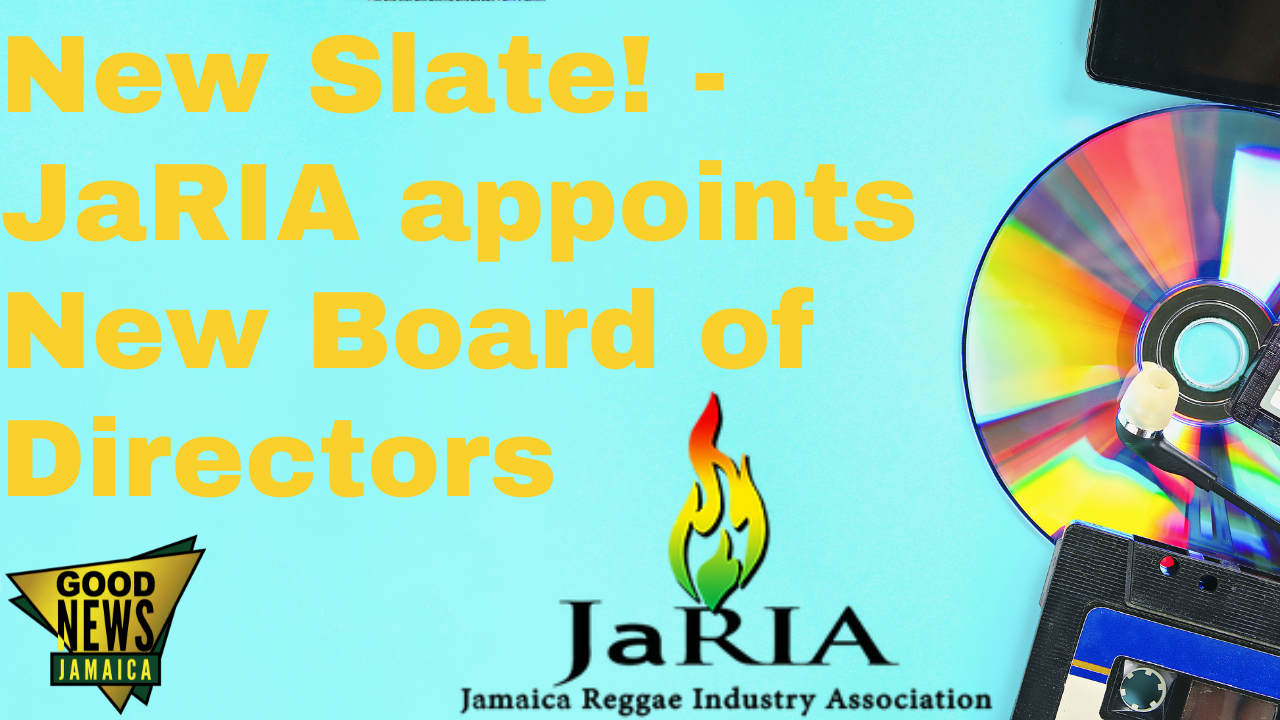 The Jamaica Reggae Industry Association (JaRIA) appointed its new Board of Directors for 2021/2023 on Thursday, June 3, 2021, during the Association’s Annual General Meeting. Amendments to the bylaws of JaRIA were also taken and voted on by the membership present, while updates on the organization’s completed activities and future plans were unveiled.

The new JaRIA Board, nominated and approved by its members, is a perfect mix of youth and experience, as it features several returning Directors, as well as veteran industry players and emerging industry professionals joining the Board for the first time. The appointed directors are: Ewan Simpson, Attorney-at-Law and musician in his second term as Chairman, and Everol ‘StingWray’ Wray, veteran brass man as Director for Constitution, Advocacy Lobbying and Membership (CALM); Wray will also serve as Vice Chairman. Shaejahnae Osbourne, a young creative industry professional, will serve as Youth Representative, while violinist and music instructor Kamoy Gordon will serve as Musician’s Representative. Internationally renowned music producer and saxophonist Dean Fraser has been appointed Producer’s Representative, while emerging recording artiste Jo Benee ‘Joby Jay’ Morris is the Artiste’s Representative. Othneil Halliburton, guitarist and educator has been appointed Director of Education, Training and Research, and Phillip Clarke, artiste manager and business man, is Director of Finance. June Isaacs, event producer and businesswoman, is Director of Marketing, and Nadia Roxburgh, lighting designer and production expert, is Director of Production & Special Events.

Long-standing members Mary Isaacs, businesswoman and performing artiste, as well as Junior Lincoln, founding member and businessman, have been returned as Directors from the floor. The new board also appointed Michael ‘Ibo’ Cooper, another established member and past chairman, as Legacy Member during its first official meeting held on Sunday, June 6, 2021.

With the new Board in effect, the Association has commenced preparation for the yearly anticipated JaRIA Honour Awards, which was delayed due to measures implemented to protect the production team and participants from the COVID19 virus. The Association is now focused on increasing its presence throughout the year and will be executing several entertainment and educational initiatives through its revitalized committees, which boast a diverse but complimentary blend of music/entertainment practitioners based locally and overseas.