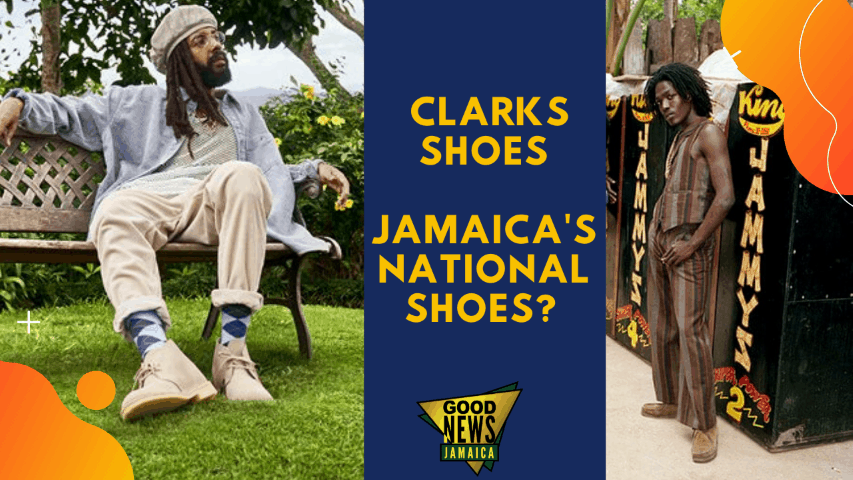 Over 200 years ago, the story of Clarks Shoes began when Cyrus and James Clark made a slipper from sheepskin off-cuts. Since then, this shoe brand has endured the fashion test. By all means, Clarks continue to reign among the favourites for its fashion, durability, comfort, and cross-generational appeal.

Jamaica and the Clarks Shoe share a unique connection. As a matter of fact, the partnership started almost 60 years ago. No one predicted the rejection of the original Dessert Storm styled boots of the 1940s by the U.K. market. Comparatively, neither would anyone see Jamaica as the home of reverence for the shoe company since the 1960s.

Undoubtedly, the Clarks shoe brand has become intertwined into the Jamaican culture, economy and even our politics. In his book ‘Clarks in Jamaica’, author Al ‘Fingers’ Newman traces the styles and impact that Clarks has had on Jamaica over the decades. The Desert Boot was associated with being popularly worn by the so-called ‘rude boys’ of the ‘1960s. As a result, police reportedly target individuals wearing desert Clarks and branded them as being criminals. Jamaicans love stylish and expensive things, and the Clarks styles were the perfect fit for this. Therefore, relatives in England and the United States knew very well what brand of shoes they needed to send or take home for their loved ones.

These days Clarks crossed the socio-economic divide and is worn by everyone. Including the Prime Minister, Andrew Holness, and several political representatives during the 2020 General Election campaign.

Clarks Shoes – Its In The Music

Not surprisingly, this celebration of Clarks shoes has long found its way into our music over the decades. It’s said that there are over 200 songs that reference Clarks shoes in Jamaica. Some early ones include Ranking Joe Clarks Booty Style, Little John Clark’s Booty, Barrington Levy Put On Me Clarks. To emphasise, there were multiple songs by Vybz Kartel about Clarks during 2010. According to lyrics from his song Wear Weh Yuh Have ‘Clarks mek toothbrush sell more than toothpaste.’ Highlighting here is that it’s more than just wearing your favourite pair of this iconic brand of shoes. Caring for a pair of Clarks shoes in Jamaica is serious business. Notably, The Guardian awarded credit to the 2010 song Clarks with Vybz Kartel featuring Popcaan and Gaza Slim as responsible for returning Clarks shoes to fashion.

Clarks recently unveiled a new short film celebrating its intimate connection with the island of Jamaica. The short film featured some of the biggest names in Jamaican culture. Personalities such as Koffee, Protoge, Millionz, No Madz, Raheem Sterling and Lila Ike share what Clarks means to them.

Furthermore, original Clarks created a community partnership with Raheem Sterling and his former school, Maverley Primary and Junior High School in Kingston. All the students will benefit from a donation from Clarks to provide them with a pair of the company’s shoes.

The company has published that they are also “working with Koffee and her Families Rule/MTLT charity – a not-for-profit that strives to empower kids through training, mentorship and scholarships.”

The Original Clarks has created a special edition Spring 2021 to celebrate the Jamaica connection with their brand. The special collection features three iconic styles that have remained as standard bearers in Jamaica. These include reworked Desert Boot, Wallabee, and Desert Trek. Each style come in shades of yellow, green and black, representing the island’s national flag throughout.

Check out the special edition collection, and may be secure a piece of this legacy.