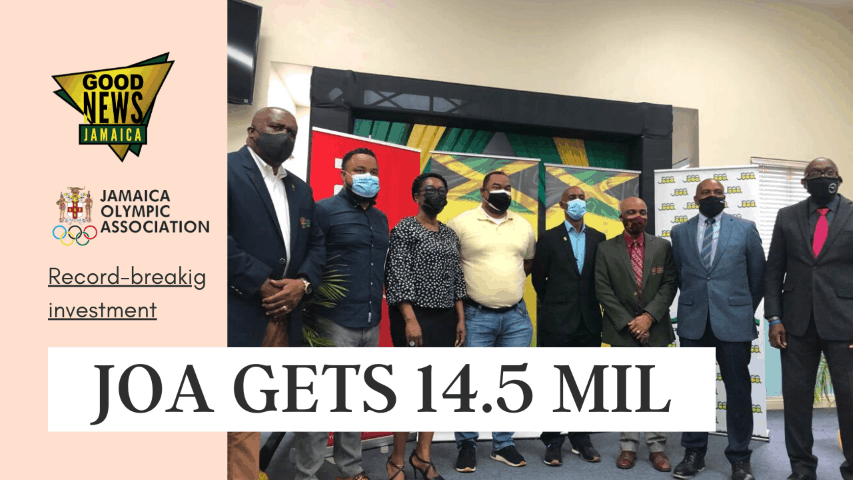 The Jamaica Olympic Association (JOA) has pumped its most significant investment yet into a particular sport with $14.5 million financing to the Jamaica Athletics Administrative Association (JAAA).

Dubbed ‘Olympic Destiny’, the agreement is set to provide a considerable boost to the nation’s athletes gearing up for the Olympic Games and other international meetings. It allows for funding to host the national senior and junior trials as well as several track meets.

“The Jamaica Olympic Association is pleased to mark the consummation of this partnership with the JAAA in this ceremony.  Today’s signing of this partnership, dubbed ‘Olympic Destiny’, represents another milestone for both the JOA/JAAA,” said Ryan Foster, Secretary General/CEO, at the press conference at the JOA’s Olympic Manor headquarters in Kingston on Monday.

In announcing details, Foster shared: “With trademark vision and purpose, the JOA will unite with the JAAA for the execution of four track and field events between May and June 2021, culminating in the National Senior and Junior Trials in June, which will be used to select our men and women at the upcoming Tokyo 2021 Olympic Games.

“The JOA in the first instance will invest $7M in these four events – dubbed the JOA/JAAA Olympic Destiny – and a further $7.5M in the National Senior and Junior Trials, a total investment of $14.5M,” Foster outlined.

“The JOA believes that the onward journey starts in earnest today with eyes on the horizon and with forward vision. We are strong supporters on one of our critical stakeholders and partner the JAAA, its athletes, coaches and administrators of the sport that has brought so much joy and pride to Jamaica.

“We hope that this investment will allow for our athletes to continue their journey and preparation for the Olympic Games and also for a greater cause to restart their lives and their careers,” said Foster.

Garth Gayle, President, JAAA, said track and field athletes have been yearning for this opportunity to compete and earn, since the Pandemic struck in March 2020.

“This is the first such initiative where a federation has been supported by the Olympic body (in such a manner) and so we are very happy and elated about that,” added Gayle.

Christopher Samuda, President of sports’ parent body in Jamaica, noted that this strong support fits their mandate and will be replicated through the years.

Samuda said: “From the very inception of this administration in 2017, we indicated quite clearly that part of our policy is to build partnerships, solid partnerships and to monetise those partnerships.

“The JAAA is a treasured member of the Association. We always look towards ensuring that our relationships in the industry are built on solid foundations.”

Continuing, Samuda underscored the historic nature of their agreement and its prospects for the success of Jamaica’s athletes.

“We are going to be building the partnerships beyond this year because the interest of the athlete is central to the policy of the Jamaica Olympic Association and also the JAAA,” Samuda continued.