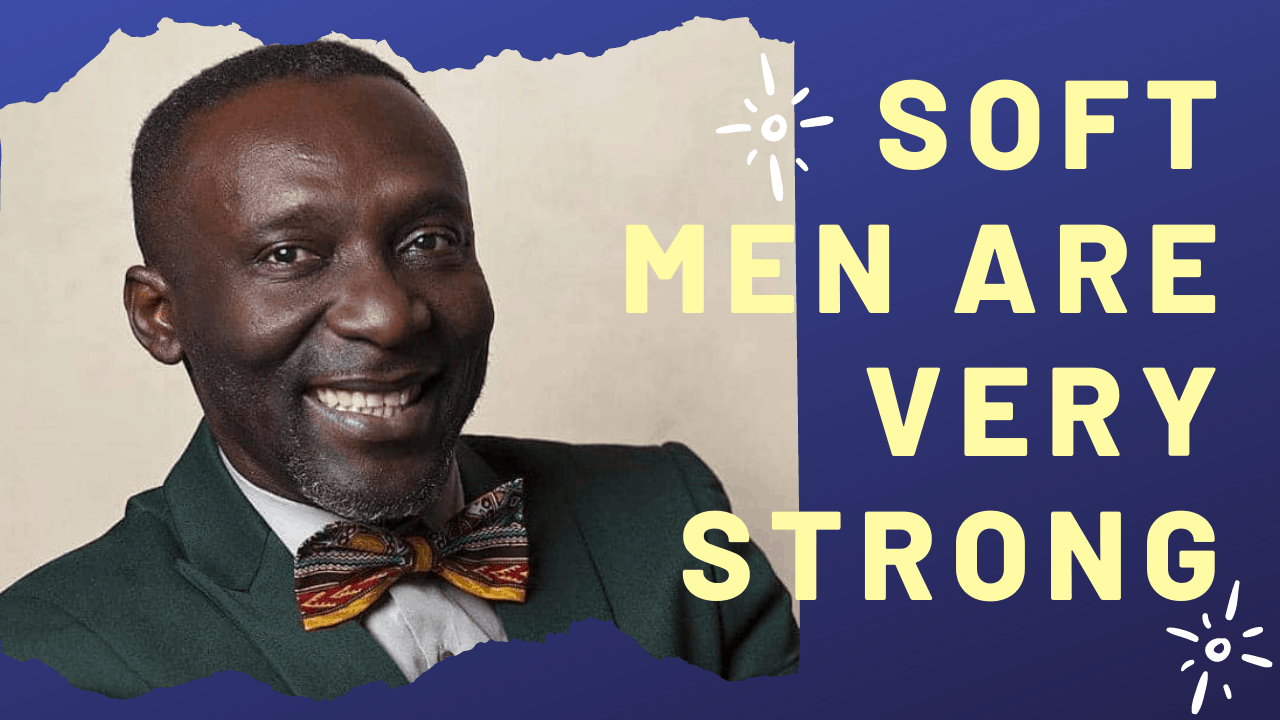 ‘I love you’, ‘I am sorry’, and ‘I need help’. Do those three statements sound a bit mushy and pathetic to you? I know men and women will very likely answer totally differently to such a question. On the ladies’ side, I can hear a choir of sisters singing a harmonious and emphatic ‘hell no!’. And, I can also imagine a discordant chorus of brothers on the men’s side groaning ‘yes, yes, yes!’.

Yes, folks, many people seem to agree that men, especially, find it really and truly difficult, near to impossible, to express those sentiments. Somehow, many cultures and traditions seem to embrace the idea that men are tough creatures for whom the act of expressing deep-felt emotions such as love or regret, or the idea of admitting weakness or failure and asking for help is just not attractive. The standard view among some brothers is that ‘man nuh talk dem way deh’. Men are supposed to ‘man up’ and ‘tough up’ – yeah, whatever that means!

Maybe ‘I love you’ is the least difficult of the three to express. And that’s largely because when some men say, ‘I love you’, they really mean I would like to have sexual relations with you. Some don’t even bother to get that problematic concept called love into the equation. They’ll probably say something like ‘yow my girl, mi rate yuh’ and expect that to suffice!

When it comes to saying ‘I am sorry’ or ‘I need help’, though, that can seem as impossible as giving birth as far as some men are concerned. Admission of a need for assistance is particularly hard. Why? Tell me nuh! Why is the need to be strong and knowledgeable so forceful that some men will find themselves lost, but they still confidently drive around for hours, getting even more lost while stubbornly refusing to ask for directions? I would really love to know. Why do we have to beat our chest and feign invulnerability all the time, even when fear and doubt and feelings of inadequacy are eating away at the core of our beings?

Pastor and writer Nathan Rouse suggests that there are basically three reasons making it hard for men to seek help. The first is that we don’t want to look weak. According to an online article by Rouse, by sharing some issues, men fear they will look weak and end up being put in a ‘broken’ or ‘freak show’ category. The second reason is we often don’t even know that we need help. The lights so blind us on the stage of life as we miserably act out the macho expectations that we can’t even see or hear our weaknesses stomping and screaming at us from our heads and hearts, as well as from in the audience. And the third reason is we don’t want accountability.

As he puts it, “If you let someone in on the issues you’re walking through, all of a sudden you’ve let someone ‘in’ and they’re going to ask how you’re doing in that area. Men that are in this place hide their issues because they’ve bought into the lie that they’ve got their secret freedom to do what they want, but deep down, they wish they were free from that issue.” That deep peeps!

Saying ‘I am sorry’ is the hardest of the three, though. I know because I struggle with it too. How about you? As renown South African cleric Bishop Desmond Tutu said in a press story some years ago year, ‘I am sorry’ are perhaps the three hardest words to say. “We can come up with all manner of justifications to excuse what we have done,” he says, “but when we are willing to let down our defences and look honestly at our actions, we find there is a great freedom in asking for forgiveness and great strength in admitting the wrong.” Yes, man, it’s hard, but releasing those emotions can free up your soul.

Take Heed and Govern Yourself

I genuinely believe that honest communication is the hidden-in-plain-sight starting point to solving many of the problems facing us as individuals, as families, as communities and as a nation. So I want to encourage men to try it. Brothers, start talking from your hearts. Tell somebody you love them. Practice the task of honestly saying it not for any particular reason or any momentous occasion. Please don’t wait until someone is on their death bed. Don save it for the eulogy during a funeral service. Yes, tell somebody ‘I love you’. Say it to your children, your parents, your spouse, even to your good friend. Also, find the courage to say ‘I am sorry’ when you mess up. Being able to ‘fess up’ when you mess up is probably the most acceptable illustration of what it means to ‘man up’. And even more importantly, gentlemen, before we crash and burn on the deadly road of self-destruction, let’s acknowledge our humanity, accept our vulnerability and simply ask for help!

0
3   0
previous You Are The Hero That We Need
next Kindness: It Costs Nothing But Means Everything