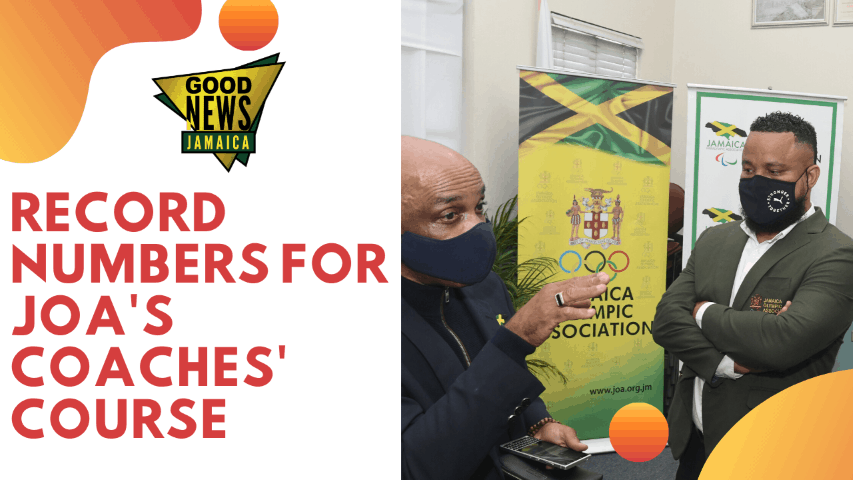 A record number of coaches across the spectrum of sports have responded to the call of the Jamaica Olympic Association (JOA) in respect of a hi-level coaches’ course. Panam Sports will deliver the courses in partnership with the Canadian Coaching Association. This call by JOA is in keeping with its developmental strategies, of which education and training are critical elements.

Already, over 70 stakeholders have registered their commitment to pursue the course. There has never been a response of this magnitude by the sporting fraternity to its coaching initiatives. The course includes Coaching Philosophy and Leadership, Advanced Performance Planning, Energy Systems and Physiology, Strength and Conditioning, Sports Psychology, Advanced Injury Prevention and Recovery Strategies High-Performance Analysis.

Likewise, the coaches course is part of a suite of educational courses that the apex body makes accessible to stakeholders and supports the Advanced Sports Management Course (ASMC).

Correspondingly, the President of JOA, Christopher Samuda, made it clear to federation members and stakeholders that the governing body’s game plan is “to build capacity for today’s feats and tomorrow’s legacies”.

Similarly, for the first time in its history, the JOA will make it available to a Diaspora cohort.

In applauding the tremendous response to the coaches’ course and the ASMC – which continues to be over-subscribed – JOA Secretary General/CEO, Ryan Foster, said: “Our members and stakeholders have not only seized the JOA’s vision of the value of education and training but have embraced the known principle that an investment in education pays the best dividends in your working life and is your pension in your twilight years.”

The national association for Olympic and non-Olympic sports is driven in creating and investing in lifelong skills and knowledge-based and technically equipped stakeholders.

Samuda, in commenting on the strategic direction of JOA, stated: “The creation of a sports industry demands a physical and socio-economic infrastructure that is based on viable investments in the human capital and not on hand-outs, for the latter creates a dependency while the former promotes independence and mastery.”

In the various disciplines of sport, mastery is the JOA’s business. The organization recently made two calls for opportunities in pursuing master’s degrees. The Master of Arts (MA), a postgraduate degree in Sports, Ethics and Integrity, and the Master of Sport Administration (MSP), a postgraduate degree in organisational management, sports marketing and research, are tenable at international universities.

They will inaugurate an initiative that the JOA has branded ‘Olympic EduPower’. The initiative will provide masters and doctoral educational opportunities for members and stakeholders in empowering them.

“If sport is to become a sustainable business, then the mind must first have and make an educated appointment with destiny, which the body will then be conditioned to keep it,” said Samuda.

Reflecting on Foster’s comment last month when announcing that the JOA’s pioneering Internship Programme, Samuda said it “is all about self-actualisation and a personal call to own your future in sport”.

The Internship Programme is currently underway at Olympic Manor, the headquarters of the JOA.

The JOA will create Olympic history locally and arguably globally. Later this year, the Internship Programme becomes available to Jamaicans in the Diaspora. In the second quarter of this year, it will also be through its educational ‘Stamina’ forum series roll-out, in collaboration with international federations, customised courses for administrators and coaches as part of its investment in education.