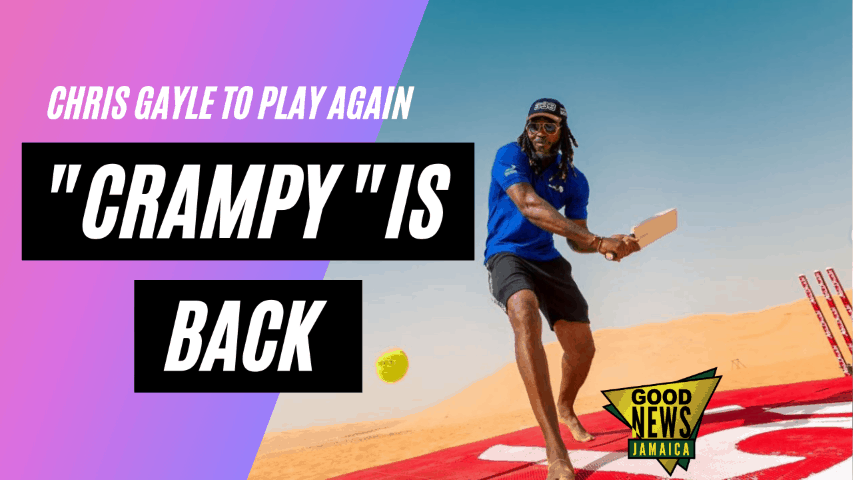 Big and big-hitting Jamaica and West Indies batsman Christopher ‘Crampy’ Gayle is looking forward to having a go when he represents the regional side for the first time in two years.

Gayle is 41 years old, and speculation about his career end has been the subject of discussion in cricketing circles for years.

However, Gayle continues to prove that he is still among the best in the game. His scintillating strokeplay and power exciting cricket fans globally and ensuring an extended extraordinary shift.

The West Indies will take on visiting Sri Lanka in a three-match Twenty20 International Series in March. In a video interview with the Pakistan Super League yesterday, the Jamaican confirmed that he “will be returning to the West Indies for international duties”.

That is not the endpoint, as the T20 World Cup is on the horizon and with the West Indies is looking to defend their title, they are looking to assemble the strongest team.

The T20 World Cup is scheduled for India in October-November. West Indies also won the last edition of the competition in India in 2016.

This was followed by the 2019 Cricket World Cup ODI (50 overs) competition, one Gayle had said would be his last. Afterwards, he played for the Windies in the ODI series against India and signed off with 72 off 41 balls. Players then shook his hand, spectators applauded, and it appeared that was his last.

Currently, the Jamaican represents Quetta Gladiators in the Pakistan Super League (PSL) Twenty20 Cricket Tournament. In his last match, the left-hander blasted 68 runs off 40 balls against Lahore Qalandars on Monday, proving he is still on top of his game.

The West Indies selectors have not yet named the squad for the Sri Lanka T20 Series, but indications that Gayle will feature spewed inadvertently in a release from the PSL franchise Quetta Gladiators in announcing plans for Gayle to be replaced temporarily in the squad by South African Faf du Plessis.

Commenting that he can play during this Pandemic, Gayle told CricInfo he is “blessed”.

“Playing during this particular time is a blessing. Hopefully, things can get better in the future,” he said.

“When you look at what’s happening in the world, there are no fans in the stadiums, and people have to watch (cricket) on television.”

He added: “Things are tough with the world in pause. We must not take life for granted when things can open. We’re going to try to live the best life and live it to the fullest, spend more time with family and friends and reach out to the people a lot more.”

Like Gayle, all West Indies players will undergo a fitness assessment before the final squad is named this week.

The Jamaican is scheduled to return to Pakistan for the remainder of the PSL after the last T20 International against Sri Lanka on March 7.