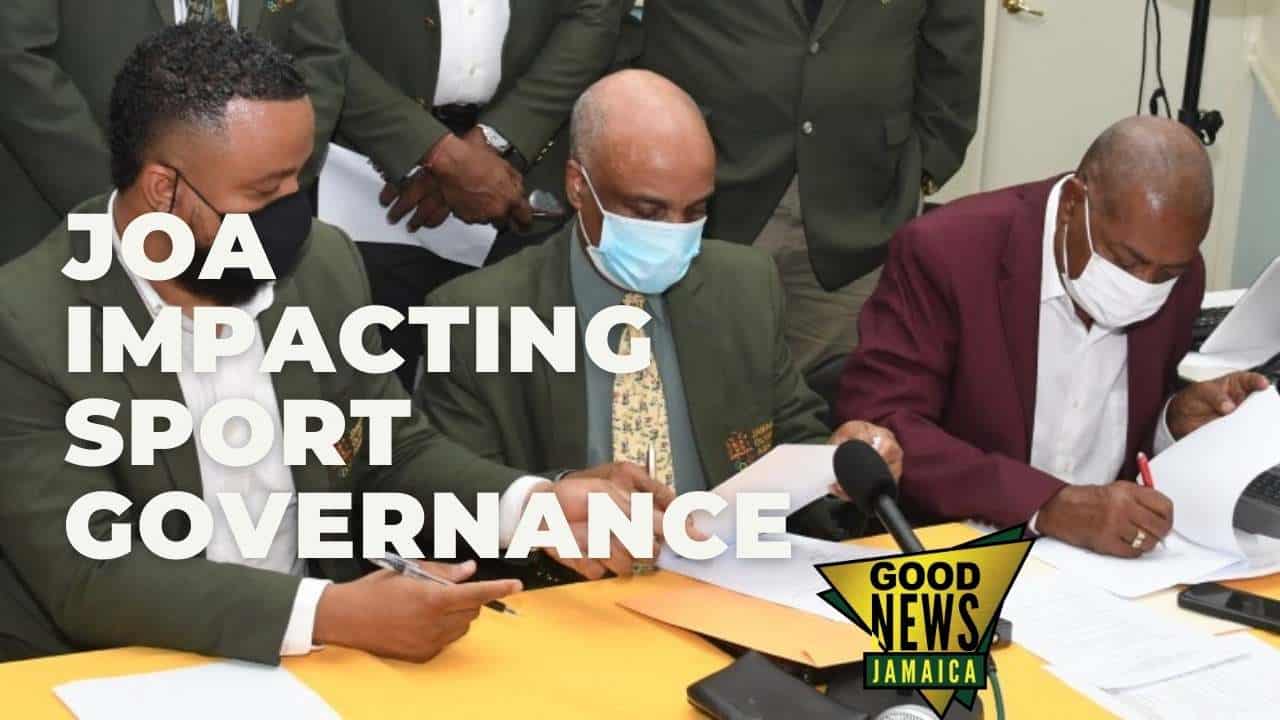 The current administration of the Jamaica Olympic Association (JOA) made it clear when assuming office in June of 2017 that Jamaica’s influence and impact in governance in the world of sport must be felt and provide enabling pathways for successive generations of sports leaders.

JOA President Christopher Samuda, an Attorney-at-Law and strong ‘business unusual’ policymaker, said then that “my Directors and I have a duty and responsibility to selflessly position Jamaica internationally in providing opportunities for thought and servant leadership for those who will succeed us and build admirably on what we have established”.

The global sporting fraternity is now tapping sincerely into the expertise of officials of Jamaica’s apex governing body. Samuda is a member of the Executive Committee of Centro Caribe Sports (CCS). The agency is formerly the Central American and Caribbean Sports Organisation (CACSO).  CACSO owns the Central American and Caribbean Games (CAC). Samuda is President of its Legal Commission and sits on its Governance and Ethics Commission.

Centro Caribe Sports has a membership of thirty-seven, spanning English, Spanish and French-speaking countries. The JOA’s Secretary-General and CEO, Ryan Foster’s know-how and experience in finance and delivering successful sporting events are well-known. He sits on its Technical Commission, where he is part of a team of professionals responsible for administrating the technical rules of over 35 sports of the CAC Games. The games are the oldest continuing regional multiple sports championships in the world.

His colleague Director, Robert Scott, is the Dean of the Consular Corp in Jamaica. He’s an expert in commercial diplomacy and product differentiation. He is also managing the organization’s rebranding strategy and campaign with other regional executives of the National Olympic Committees.  Last year the National Olympic Committee approved its name change and a new logo.

The Samuda-led administration is also well represented on Panam Sports’ commissions, owner of the Pan American Games, which also went through a rebranding exercise in 2019.  Directors Samuda, Foster, Nelson Stokes and Garth Gayle, sit on its Ethics, Finance, Marketing and Coaching & Education Commissions. The team combines customized and professional knowledge and skills with a commitment to serve this 41-member regional organization.

JOA And The Focus

Director Gayle is the newly-elected President of the Jamaica Athletics Administrative Association (JAAA).  He previously managed the secretariat of the Track and Field governing body. The Director continues to impact the North American, Central American and Caribbean Athletic Association (NACAC) leadership and policy direction in the capacity of Chairman of the Competition’s Committee.

The new administration’s concentric influence also extends to the International Olympic Committee (IOC). JOA’s Honorary Treasurer, Nichole Case, a Technology Senior Executive and Marketing Practitioner, serves on the global governing body’s Marketing Commission. Indeed, it is a historic appointment that underscores confidence in the competences of Jamaica’s Chairperson of the local Women in Sports Commission. The commission was established in 2019 and signalled another ground-breaking achievement of the innovative governing administration.

Director Yvonne Kong is a recipient of the “Women and Sport” Award from the International Olympic Committee (IOC) in 2019. Furthermore, the award recognized her global contribution to, and impact on, women and girls’ development and sport participation.

“I am honoured and humbled to receive this award,” were the words uttered by Kong, the respected and revered veteran Educator and Sports Executive.

The conferment of the award was historic. It is exemplary of a personal commitment to transforming policy-making through the various leadership roles in the sporting arena.

As sporting continues to evolve into a far more corporate structure and becomes notably self-regulated and commercialized, the leadership responds. Recently Samuda was appointed to the Judicial Commission of World ParaVolley and re-appointed to the Festival Commission of the Fédération Internationale Cinéma Télévision Sportifs (International Federation of Cinema, Television and Sports) offices. The JOA President maintains occupied by him “for a time with the hope that succeeding homegrown talent will emerge and assume in making a far greater contribution to the governance and business of sport globally”.

Thought and servant leadership continues as pillars of the JOA construct. Therefore, the Association carries out its sporting agenda of change and transformation, not confined to the local environment.

Foster, responding to Jamaica’s advances in regional and international policy-making, stated: “Jamaica may be a small island in the Caribbean Sea, but our impact must be as deep and wide as the oceans that surround continents and beyond the horizon.”

This sentiment undoubtedly explains why the apex body continues its thrust through its ‘Olympic Invest’ programmes. It aims to create educational and technical opportunities for members and other stakeholders to make their marks locally and globally.