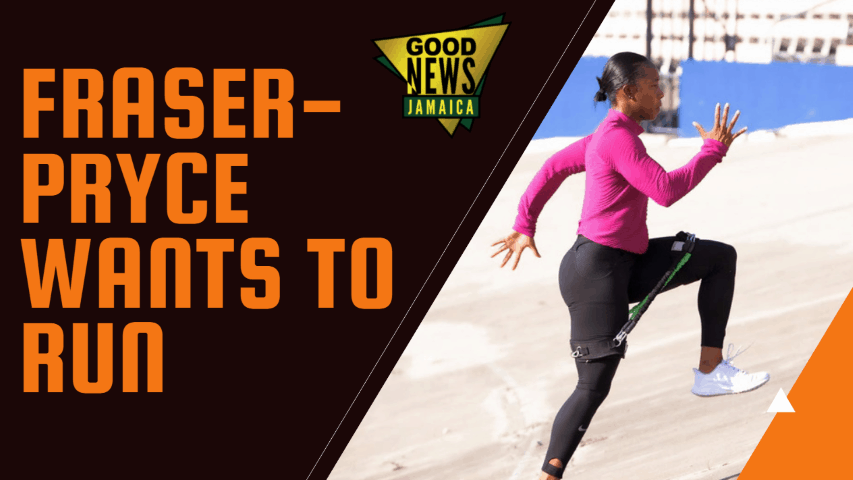 Shelly-Ann Fraser-Pryce’s plea to the Jamaican government for the resumption of sporting activities is beginning to gain traction, with noted sports medicine physicians, Dr Akshai Mansingh and Dr Kevin ‘Gwynne’ Jones, proposing a safe return to the sport in Jamaica.

Fraser-Pryce, popularly known as the ‘Pocket Rocket’ due to her blistering start, is a two-time 100m Olympic champion, four-time World Championship 100m champion and 200m winner, who has also won four World Championship sprint relay gold medals, plus a host of other silver and bronze medal finishes in her illustrious career.

She joined fellow top-line athlete, Yohan Blake, in calling for the resumption of track and field competition locally, in a social media posting on Saturday, February 13, noting this would be a good thing for Jamaica and its elite athletes – who make their bread and butter from the sport.

She opined: “It is my view that in the interest of the athletes, along with the national and global psyche and the thousand(s) who depend on the industry, we should strongly resist talk of ‘holding off’ on the process allowed for a formal, but controlled and safe resumption of sporting events.”

Her comments follow the government’s retraction of its recent position, to allow the resumption of sports on a case by case basis.

However, there has been an uptick in COVID-19 positive cases and deaths in the past week, with cases averaging well over 200 daily.

“Some stakeholders have bluntly said that in light of the COVID-19 cases spike in Jamaica, the government should hold off on granting permission to prospective sporting events holders applying to the Director of Sports in the Sports Ministry with a view of having their events held,” she said.

“There is no evidence at all that sporting events, which have no spectators in a stadium or where spectators are socially distant, have contributed to or are likely to contribute to a further spike in COVID-19 cases locally.”

“Additionally, I do not think it is beyond us to separate elite athletes and limit the amount of competition per track and field meet while at the same time allowing for some meaningful resumption of events,” she postulated.

In a published report in The Gleaner on Monday, February 15, Dr Mansingh furnished an in-depth assessment of circumstances, affordability and other key factors complementing a return to action. He concluded that “to say sport cannot resume in Jamaica is not true”.

“Global return to sport was initiated through expertise that resides within Jamaica and the region; and yet Jamaica is still struggling to return to sport when most countries have found a way,” Dr. Mansingh argued. “It is imperative that the return to sport is led by those in authority.”

Dr Jones, President of the Jamaica Association of Sports Medicine (JASM), advocated the return of non-contact sports including track and field, swimming, motorsports and some racquet sports, noting the ease of testing and limited exposure.

In an article published in the February 15 Jamaica Observer edition, he commented: “The bottom line is this, for non-contact sports such as those mentioned and including racquet sports where individuals can safely practice COVID protocols, there is no significant need to extensively test individuals.”

Dr Jones was also among those presiding over track and field resumption with some development meets last year.

Currently, track and field meets occur in major jurisdictions that provide international competition for Jamaica’s athletes, such as the United States of America and Europe.

Fraser-Pryce and many of the nation’s top sporting athletes based at home have been starved of competition.

With earning opportunities and the Olympic Games in Tokyo, Japan on the horizon, the two-time 100 metres champion is crying out for local competition.

“I urge the authorities to bear in mind that many participants in the sports industry in Jamaica cannot go overseas to compete. The mandatory two-week quarantine requirement upon return is not feasible, and there’s no funding mechanism in place to assist those who are struggling badly due to a lack of finances,” she said. “I also believe there is room to call for genuine additional support to be given to assist the athletes and other participants in the sports industry,” said the 34-year-old Fraser-Pryce, who is chasing Olympic glory one final time.

Do you put crackers/bread in your porridge 👀😋