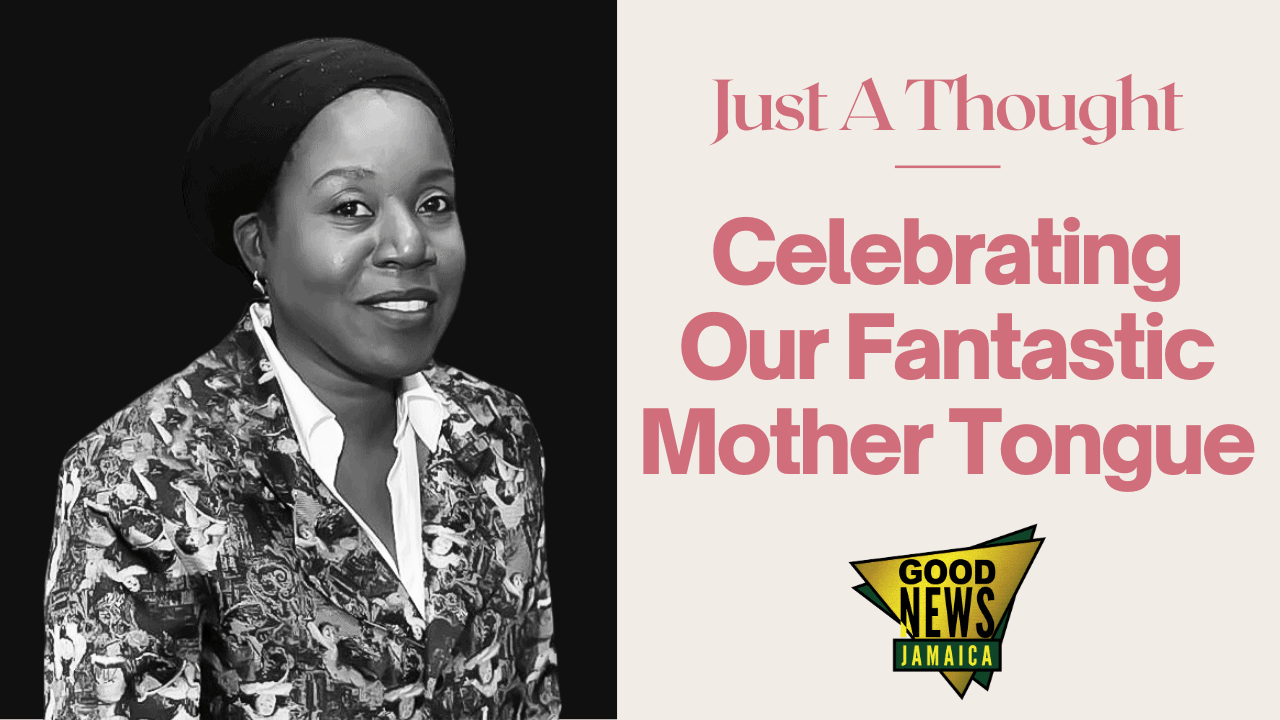 A lifetime ago, when I worked at TVOntario in Toronto, I ventured over to TFO, the organisation’s French side to check out what was going on over there.  Shortly after exiting the elevator, I came across a poster with the following caption: “Il ya des chose qui ne se dissent qu’en français.” (Translation: “There are things that can only be said in French.”)  For some inexplicable reason, the caption stayed with me.  It got me thinking about language and the fact that certain expressions can only be expressed in any specific language. It made me think that I had managed to learn several European languages but had not studied any African languages, not one.  The reasons are many and varied.  Suffice to say, learning African languages was not encouraged nor seen as a useful tool in my career toolkit.

As a child growing up, Patois speaking was not encouraged as it was regarded as “Poor English” and was of little or no value to mainstream society and certainly not in the world of work.  Well, thank God for Miss Lou, who recognized very early that Jamaican Patois is a “language” thank you very much. Although it draws on the English language, it’s very much its own thing, expressing sounds and imagery in brilliant living colour.  Doesn’t the word Boonoonoonous speak for itself, though?

Brand Jamaica is, thankfully, beautifully cloaked in our mother tongue.  Miss Lou set the tone, Marley ran with it and now younger artists from Yard and all over the world have embraced Patois and use in brilliantly in their lyrics . . . ”mi buck up a friend down ah Mo Bay”. . . Reggae artists from all over the world know that there are many things that can only be said in Jamaican Patois otherwise it loses its flavour, its vibes.

Our Journey to Find our Tongue

In much the same way that all Muslims are called to make the pilgrimage to Mecca in their lifetime, I strongly feel that ALL Black people in the Diaspora should prioritise doing the same.  The African pilgrimage will shine a bright spotlight on all that was lost when we left the Motherland, including our Mother Tongue.

Fast forward to this stage of my life. I regret not having done so but take comfort because I know Jamaican Patois, a mix-up and blending of various African and European languages. Two of my favourite Jamaican expressions are “Mek ah tell yuh someting” which signals that the listener should put on armour because some heavy news, advise or a dressing down, is about to be dropped on them. Then, there’s “Cho”. Though just a single word, it expresses various feelings – frustration, elation, admiration, etc. –depending on how it is uttered or spat out.

I now embrace Patois because it is the closest I will come to speaking a language that bears any resemblance to my ancestral mother tongues.  Suh, yes mi know how fi speak and write the Queen’s English, French and Spanish but there are some things, many things, that can only be said in Jamaican Patois.  Ah suh mi seh!