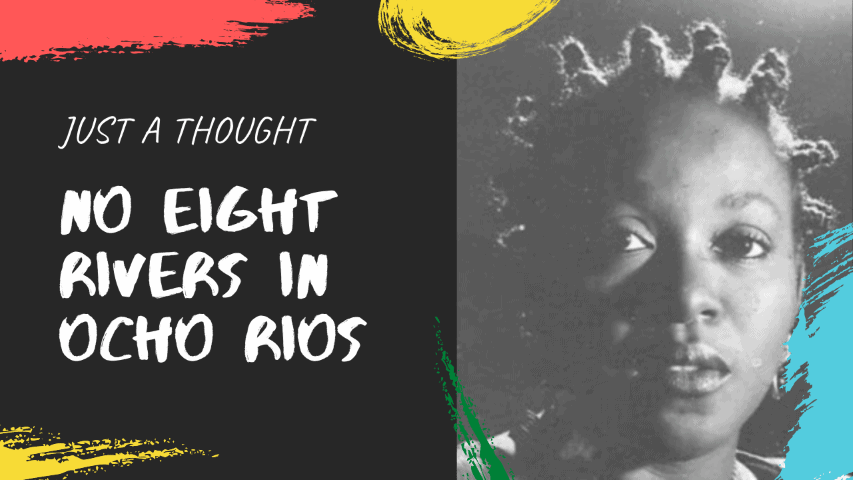 Ask anyone, including you, about the meaning of the original name of the town Ocho Rios in St Ann, – “Oh it means eight rivers”, or “Because the town has eight rivers.” Not so at all, or to use Jamaican parlance “Nutten no go so.”

Here’s the deal. Jamaica was a Spanish colony for over 150 years, an occupation which ended in 1658 with the last battle between the English and the Spanish, the Battle of Rio Nuevo in St. Mary. Incidentally Rio Nuevo means New River and not a ninth river.

Here’s the deal. The Spanish language has two words for waterfalls: ‘cascada’ (cascade) usually a smaller waterfall, and ‘las chorreras’, usually a bigger waterfall, literally … ‘the churning waters’. When Columbus and his team first set foot on Jamaican soil, what was the most prominent feature? The waterfalls, of course. So they named the town ‘Las Chorreras’. If you visit the Jamaica Archives in Spanish Town or the Jamaica National Heritage Trust, you can see old, hand-drawn maps of Jamaica with the town Las Chorreras on the St. Ann coastline.

So after the English kicked out the Spanish and sent them packing to Cuba (they already had a presence there), they never ‘ketch’ the name too well, and over the years the linguistic permutations took hold. I guess it moved from La Chorreras, to Las Chorios, to O Chorios to Ocho Rios. Then some bright spark must have said to self, “Self, though they say a little knowledge is a dangerous thing, with my little knowledge I know that ‘ocho rios’ is Spanish for eight rivers … so voila… Ocho Rios has eight rivers.”

Peeps, Ocho Rios only has four rivers: Dunn’s River, Cave River, Roaring River and Turtle River. In neighbouring parishes, you have rivers including White River and Martha Brae. Of course, most of our guide books are not written by Jamaicans, so the perpetuation of the misinformation is real… and worse you know like when you give a nickname, and it stick … same so.

Incidentally, there was a battle of Las Chorreras in 1657, the year before the Battle of Rio Nuevo, when the Spanish sent for reinforcements from Cuba and tried to take back the island from the English who had set down roots in 1655. How you can a bruck fight over sinting weh yuh never puddung. Jamaican proverb “Yuh no tie no bungle, no pull no bungle.”

Got this map from Jamaica National Heritage Trust. If you zoom in you will see on the s St Ann coastline ‘las chirreras’… I guess by this time the permutations of the name had started, but there is an older map, which I have seen… which says las chorreras

0
14   0
previous Just A Thought: The Importance of 'WHY'
next Just a Thought: My Amazing Mother Tongue

Emancipation Square: The Heart of the Nation’s History

Just A Thought – Wake up your Amazing Child