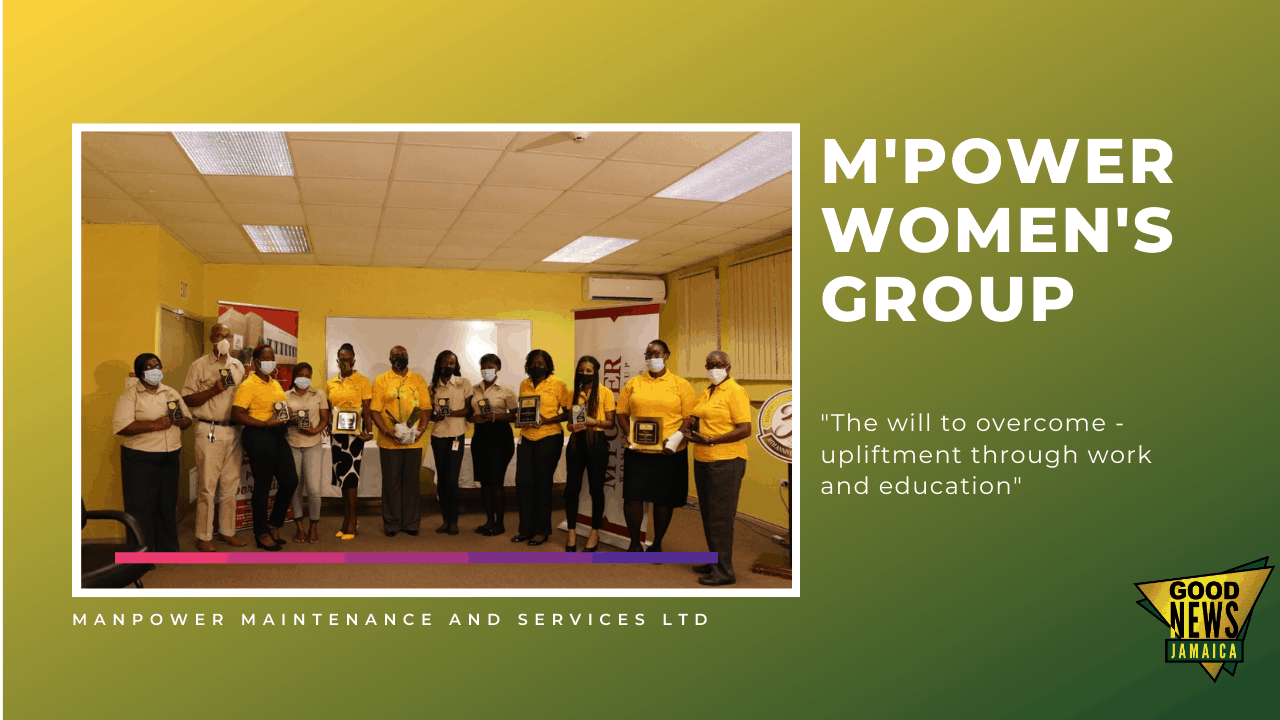 January 08, 2021, has secured its place in the history of the Manpower & Maintenance Services Ltd Group (MMS LTD). Not only did it mark the 81st birthday of their CEO, Mrs Stewart-Hinchcliffe, but it was also the launch of her brainchild, “The M-Power Women’s Group”. The Not-for-profit launched in the MMS Auditorium, was filled with enthusiasts who were excited about the future. Smiles and happiness radiated from the eyes of the attendees. The excitement and joy were palpable. Truly, this day marked the birth of something great.

The morning’s Master of Ceremonies, Mrs Verica Bennett-Davidson, gave us a synopsis of what the group was about. Afterwhich, the Patron and lady of the morning, Mrs Stewart-Hinchcliffe further elaborated. Conceptualised as a “part of her legacy,” the Group received its first financial contribution J$500,000 from the Hinchcliffe family. As founder and patron, her current role is to support its development and increase awareness about its activities. She also expressed her desire for the Group to provide a context for women to develop for centuries.

The Group is expected to raise funds, organize educational programmes and provide scholarships to benefit women both in and outside of MMS. Additionally, an annual M’Power Women’s Forum is scheduled to discuss women’s concerns in the workplace.

The Group’s first official activity came in the form of an award ceremony held on the same day. During the ceremony, twelve female employees received recognition and awards for their academic achievement. These astounding women are living examples of the quote, “It’s not how you start, but where you finish”. A high school diploma was the only form of certification that these twelve women possessed. They all began working at MMS at entry-level positions. Today, a number of these women are senior and mid-level managers.

The honourees included two holders of master’s degrees, two of bachelor’s and eight persons who received certificates from various institutions. Watch below as Miss Monica Young chronicles her journey from being just a diploma holder to a Master’s Degree graduate:

Managing Director of the Jamaica Stock Exchange, Mrs Marlene Street-Forrest served as the guest speaker. She congratulated Manpower for making such a contribution to the lives of Jamaican women. Mrs Street-Forrest also encouraged the honourees to continue to strive to be the best both personally and professionally. She left the audience motivated and encourage after sharing her own success story and offering advice.

Manpower and Maintenance Service Limited is on a mission to creating platforms for women to break through glass ceilings. In the words of the late Nelson Mandela, “Education is the most powerful weapon which you can use to change the world”. It is the first step for people to gain the knowledge and skills they need to transform the world. Kudos to the twelve hardworking women, continue aiming for the stars while paving the way for others.

0
57   0
previous Resilient Senior Citizen shares her “Out of Many, One Salad’
next Over J$30Million to Empower Boys' Town Community