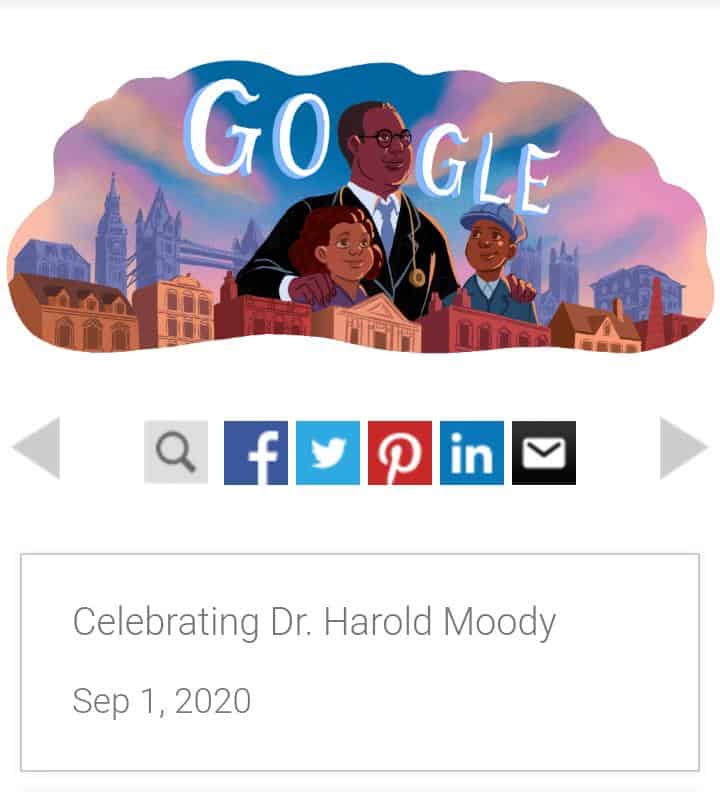 On this day in 1904, Dr. Moody arrived in the U.K. from Jamaica to pursue his medical studies at King’s College London. Alongside his medical work, he dedicated his life to campaigning for racial equality and advocating against discrimination.

Harold Arundel Moody was born on October 8, 1882, in Kingston, Jamaica. He received early exposure to the medical field while in secondary school through his work for his father’s pharmaceutical business. Determined to become a doctor, he left Jamaica in 1904 to study medicine in London. In the same year, he married Olive Mable Tranter, a nurse with whom he had six children.

Dr Moody soon came face-to-face with rampant racism in Edwardian London. Even though he finished top of his class and was a certified doctor, he was barred from practising medicine. He was repeatedly refused work due to the colour bar system that denied people opportunities based on race. Instead, he opened his own private medical practice in Peckham, South East London. According to Charlot Kristensen, Peckham was the neighbourhood that inspired the design of the buildings situated below Dr Moody in today’s Doodle. “The children depicted represent the countless impoverished youth Dr Moody would treat free of charge, in a time before the U.K. had a National Health Service.” In doing so, Dr Moody earned a reputation as a compassionate humanitarian and philanthropist who would always help those in need.

He established the League of Coloured Peoples which was concerned with racial equality and civil rights in Britain and elsewhere in the world. He was a well respected and influential doctor in Peckham, where he lived with his wife and six children and was heavily involved in organising the local community during WW2.