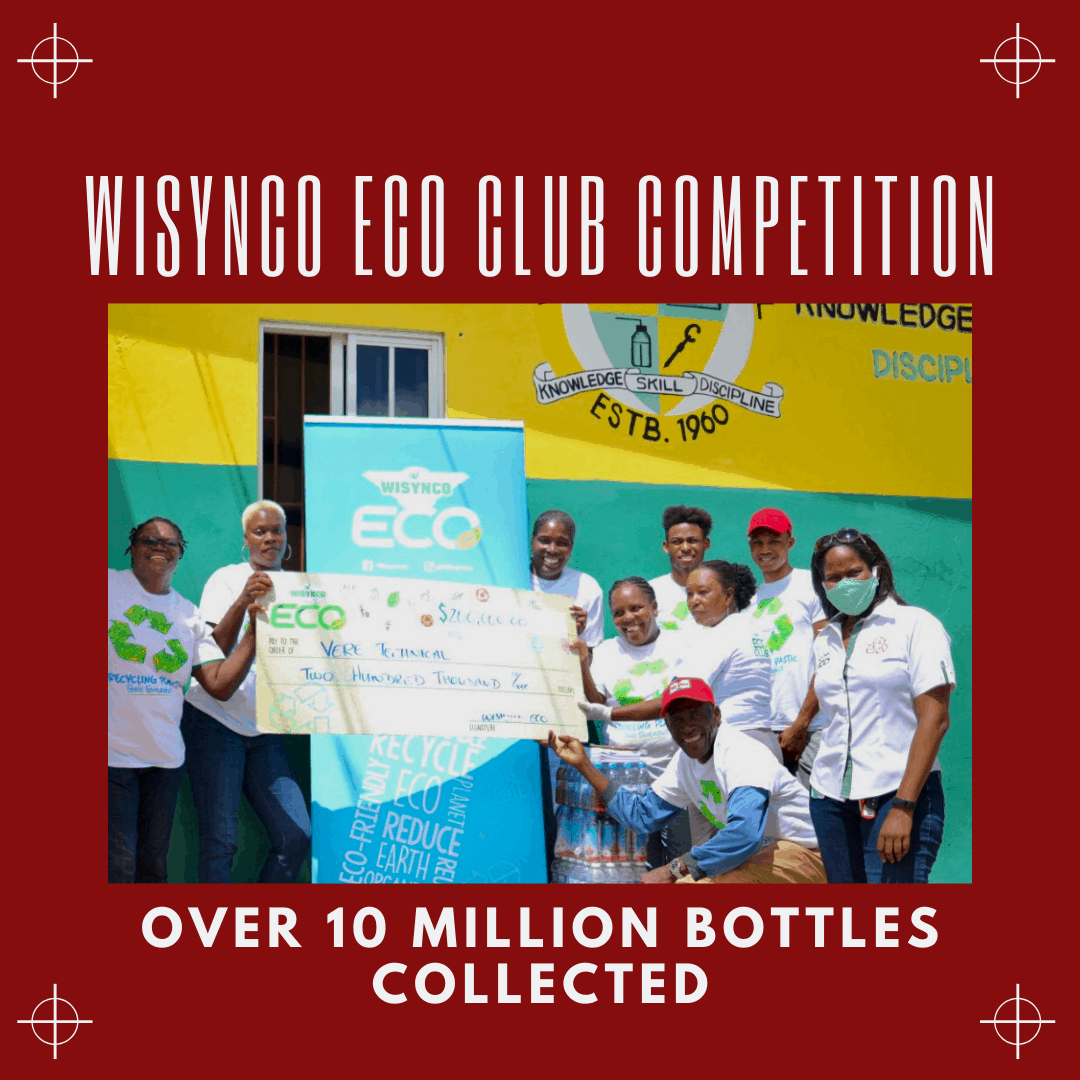 The Wisynco Eco Club Recycle Competition, with several thousand students participating from over 100 schools across the island has collected an accumulative total of 10,424,372 plastic bottles for its 2019-2020 recycling initiative.

Held under the theme, ‘Recycling Plastic, Feels Fantastic’, the competition aims to increase awareness and actions towards recycling and plastic bottle recovery; while sensitizing students on recycling and waste management best practices which they will continue into adulthood.

The competition, originally slated to end in May, came to a premature halt in March resulting from the closure of schools due to the impact of the COVID-19 pandemic. Wisynco’s Environment Communication Officer, Shelly-Ann Dunkley said the fourth staging of the school-based competition is commendable as the figure came close to the initial goal of 15 million bottles. “We believed from the start of the competition that the schools would meet the 15 million bottle collection target. They were on point to achieve this goal as the schools were extremely active this year,” Dunkley said.

At the end of the competition, Vere Technical High School collected 510,672 bottles and walked away with the prize of $200,000, to be used in creating or continuing an environmental project at the school. Placing second and third in the high school category were Denbigh High School in Clarendon collecting 321,984 bottles and Wolmers’ Boys School in Kingston collecting 291,312 bottles. They will receive $100,000 and $75,000, to be presented at the start of the next academic year.

George Headley Primary walked away with $200,000 after coming out on top in the primary school category with 715,808 bottles. Runners up in this category were Sandy Bay Primary School in Hanover with 389,904 and Duckenfield Primary School in St Thomas with 340,920 bottles. They too will receive $100,000 and $75,000 respectively.

Aretha Willie, Principal at the George Headley Primary School, said teaching children to recycle is a good way to help ensure that the upcoming generations will grow up appreciating our planet and understand their role in preserving it. “Do not wait until your children get older before teaching them the importance of recycling. This is one of the most important education tips you can give them. Get them in the habit of doing it early on. Trying to change their ways if they are already used to not recycling will be much more difficult to do,” Willie said.

At the start of the competition in September 2019, participating schools were gifted with the tools necessary to equip them for their recycling journey including bags, bins and gloves.

The Wisynco Group believes that it is important to teach children about recycling at an early age, as it becomes ingrained in them as a necessary step to preserving the planet. Through the Wisynco ECO Club recycling competition, children have been taught to care for the environment, including valuable lessons about sustainability and how they want to leave the world for future generations.

The competition not only encourages the students and administrative bodies of participating schools, but also residents of surrounding communities to get involved; and emphasizes the importance of having fun while making recycling a lifestyle and habit within the school community.

Dunkley indicated that with community participation, there has been a significant increase in the number of bottles collected, with 8,000,000 over the three phases in 2018-2019. “Through the Eco Club, awareness of recycling has amplified in the participating schools and surrounding communities through the sensitization done by the students and administrative bodies,” she said.

According to Wisynco, its ECO arm remains steadfast on its track to exceed the 12,000,000 bottles collected in the preceding year through its ECO Clubs and various other recycling campaigns.