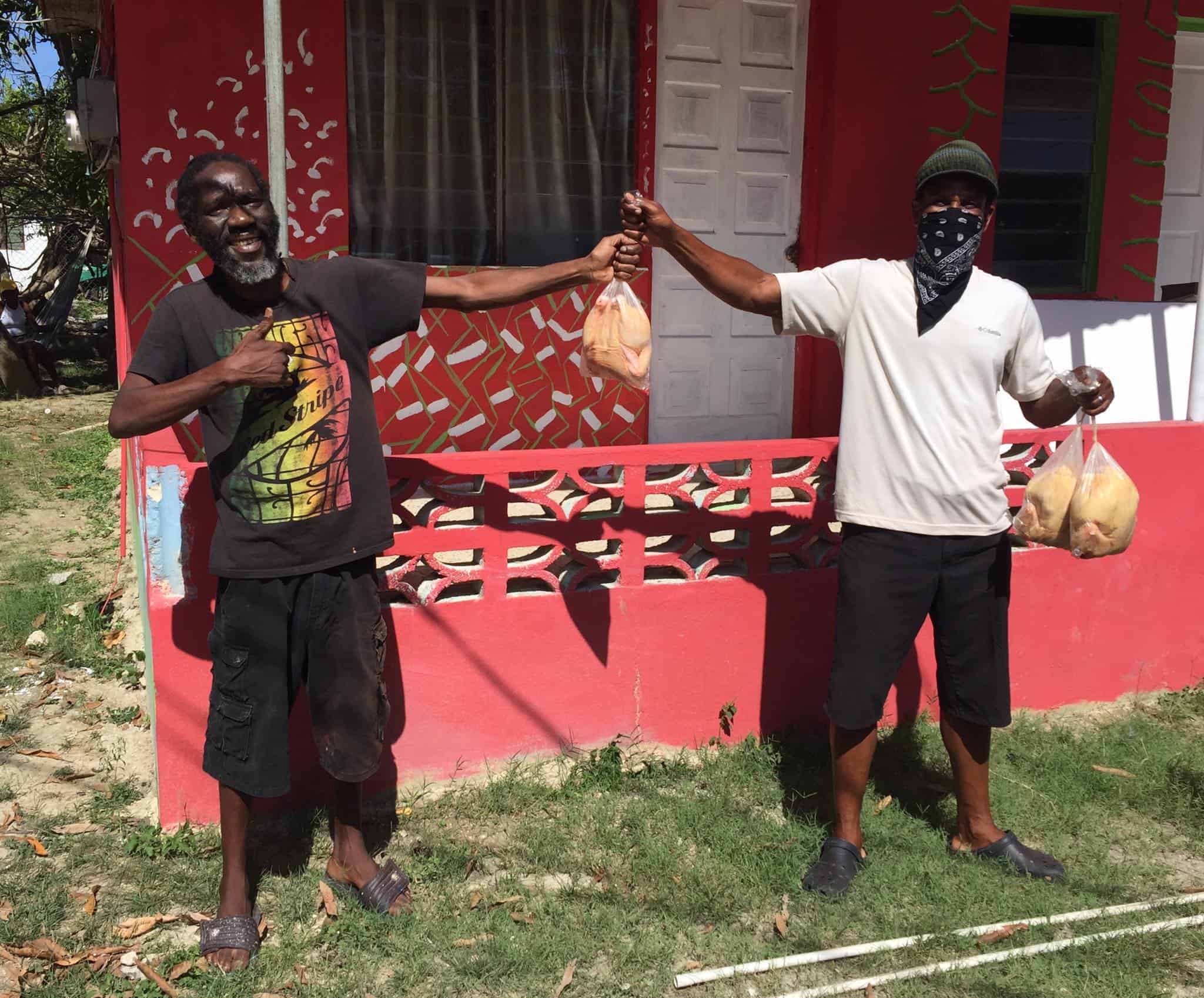 Jamaica’s Capital of Casual a.k.a Negril has been taken over by the hearts of some cool people. Canadian born Lynette Allain and Keeley Clarke have been on a mission to help those in need during the COVID-19 pandemic by providing Blessing Bags worth J$3000.

Lynette, who is a resident of Jamaica, living in Negril has spearheaded the programmatic part of the local mission, while Keeley gives operational support from Canada.

If mi proud of this little country one more time, mi buss. We are doing such great things for each other, and it gives me great joy to celebrate the hearts of team Hope for Hunger.

Lynette and Keeley are both members of the Capital of Casual Negril, Jamaica group. They met during a Capital of Casual clean up of the Negril coast in Sept. The two understood right away that their energies needed to remain connected, thus they began the journey of becoming good friends. In no time, the two also realised that they both wanted to do something for people in need.

They teamed up with Brian Bzoznowski and Negril’s Collette Parker to start at subgroup called Hope For Hunger, Negril. After the group decided what they wanted to do for the people in need in the Negril area, they returned to the Capital of Casual Negril and Negril Uncensored, which are locally-focused Facebook groups, and asked for donations. In two days, they had over US$3,000 donated to their mission. Now equipped with the needed ‘capital’, no pun intended, the group went shopping and filled 60 heavy bags with essentials and foodstuff. The kits included tin foods, oil, flour, sugar, salt, rice and non-perishables of all kinds.

The team then drove around delivering the Blessing Bags to people who had contacted the group or who someone had recommended that needed help.

The Facebook group admin, Mitsi Memphis stated, “We delivered because we did not want people lining up or congregating which violates social distancing and common sense. A benefactor paid for the gas for Lynette and Roy to drive around [for deliveries]. Although the group delivered many Blessing Bags on Monday the 4th, due to rain in Sheffield and curfew, the aim was to finish on Tuesday. As we say in Jamaica, “Man a plan and God a wipeout.” As Keeley explains below the team got a windfall.

In two days the team delivered over 80 Blessing Bags. Now they have the resources to do 120 more.

When we asked Keeley about the time frame for the mission, her reply was a great surprise.

Facebook is a tool used for many reasons, and one thing is for sure, the Capital of Casual Negril, Jamaica group, is way more than fluff and nonsense. Misti goes on to explain, “We have a donor who has been sending funds to families. We have sent out already 27 whole chickens to homes and have 40 already purchased of the next batch to be raised. We have topped up phones and been [issued] all kinds of assistance to people in this crisis”. She added, “Yesterday one of our beach musicians did a concert for 15 minutes, and people sent money to his Paypal account. [His video] had over 1,000 views. We just keep it going on, Capital helping our friends in the good times and the bad.”

If you are serious about making a positive impact on the Negril community, make an effort and join the private and empowering group.