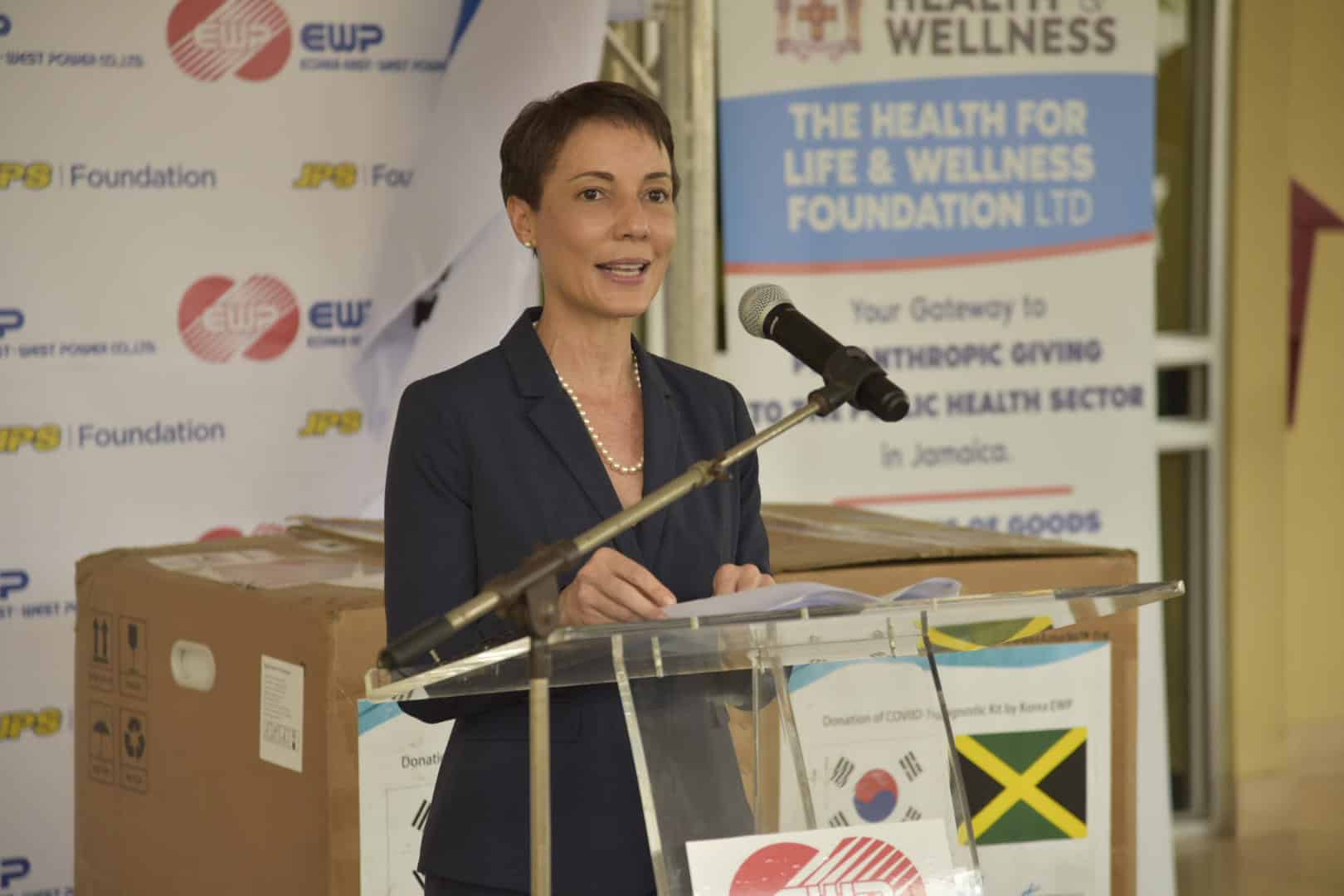 Minister of Foreign Affairs and Foreign Trade, Senator the Honourable Kamina Johnson Smith, expressed Jamaica’s appreciation to the Government and people of the Republic of South Korea for test kits and equipment, which will boost Jamaica’s capacity for testing and aid in the country’s fight against [the deaded] COVID-19 pandemic.

The needed supplies include 7,500 test kits as well as two diagnostic machines, which will allow the National Influenza Laboratory at the University Hospital of the West Indies (UHWI) to significantly increase its daily testing capacity to approximately 800, up from just over 100 tests per day.

The donation was made on Monday, April 27 to the Ministry of Health and Wellness (MOHW) at a handing-over ceremony held at UHWI (Mona) by Korea East-West Power, a key shareholder in the Jamaica Public Service Company Limited (JPS)—with support from the JPS Foundation.

In expressing her gratitude, Johnson Smith hailed Korea for its global response to the outbreak and in particular, the Korean President and Minister of Foreign Affairs for their advocacy and leadership in calling for increased international cooperation in the fight against COVID-19.

“I am heartened to see that even as countries take urgent steps to protect their populations, most have recognised that global cooperation is essential to overcoming this pandemic,” the Minister noted.

The Minister said, “South Korea has been a longstanding and dependable bilateral partner with whom we have partnered on several key cooperation programmes.” She further added that, “The donation is yet another demonstration of the goodwill of the Korean people and the strong partnership between our countries.”

Minister of Health and Wellness, Dr. the Honourable Christopher Tufton and Minister of Science Energy and Technology, the Honourable Fayval Williams were also present and expressed their deep gratitude and noted the global friendship and collaboration represented by the much-needed donation.