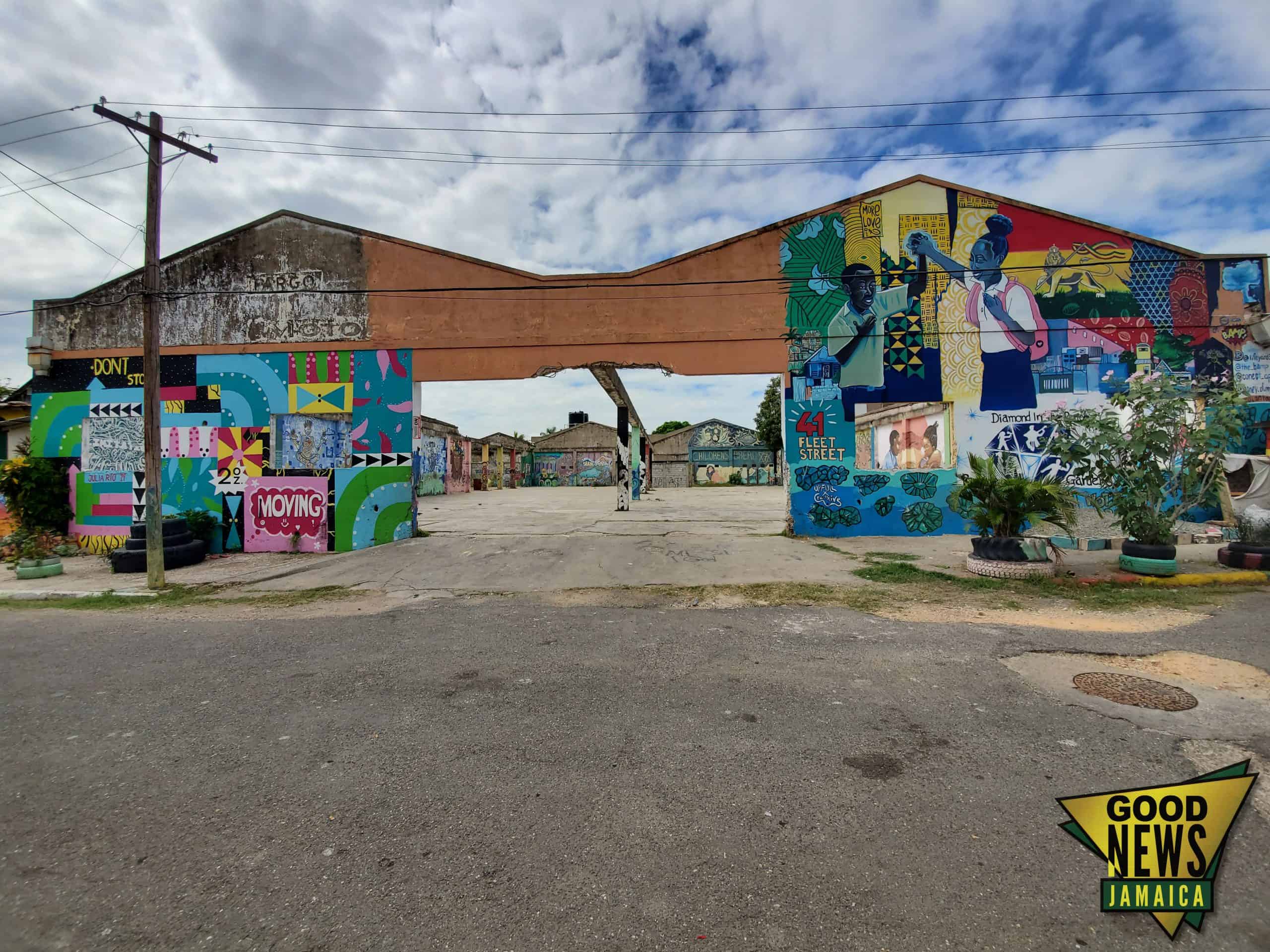 “Wah nuh dead, nuh call it duppy”. Long gone are the days when people were fearful of venturing Downtown. For many years, Downtown Kingston had been plagued with many troubled inner-city communities, gangs and socio-economic issues. There was an increase in crime, which unfortunately drove tourists away. Thankfully, like Port Royal, Kingston is an reawakening city and the most colourful part of this revival is Fleet Street.

Parade Gardens was one of the communities that people quickly associated with the ‘g-word’.  If someone mentioned the community of Parade Gardens a few years ago, if you even knew of it, you’d probably just associate it with that one word…. “Ghetto.” However, the once notoriously volatile community is renewing their lease on life and is transforming into another Kingston paradise.

I’ve always heard about or seen Fleet Street in music videos but I had never been there. I am a creative and art is one of my middle names. It was inevitable that this gem, Fleet Street, would be one of the places that we highlight. Anticipation filled my veins as we drove down Laws Street, I felt as if I was going to burst with excitement. I could hardly wait to exit the car once we turned unto the ‘Art Street’.

Pictures do no justice to this place. To say it was one of the most beautiful places I’ve seen, would be an understatement of the century.

The street is lined with vibrant colours. It’s amazing that an abandoned warehouse at 41 Fleet Street could be transformed into such an inspiring place. Not only are the murals beautiful, but they express the hopes and dreams of the residents as well as their experiences. For once in my life, standing in the sun was not a problem for me as I tried to interpret what each mural meant. Every mural tells a story. Some were educational, cultural and motivational. One can simply visit the street to escape from the stress of the ‘real world’.

Another Fleet Street gem is Life Yard. The location houses a farm and a restaurant, both of which are owned and operated by the members. In the yard, they grow many crops including breadfruit, herbs, Otaheite apples and bananas. The group uses their proceeds for community outreach programs such as art classes for the children and movie nights.

Paint Jamaica is the curator of the social intervention project behind the resurrection of Fleet Street. Saddened by the state of Parade Gardens, French visitor Marianna Farag was inspired to make a difference. She realised that the community’s condition negatively contributed to the community’s residents, especially the youth. She partnered with a group of Jamaican artists for a 10-day project in July 2014 to beautify the walls of the large abandoned warehouse on Fleet Street.

This mere act has caused the residents to be proud of their community as well as giving them a space to express themselves creatively. Since the implantation of the art project, there has been a reduction in crime and littering. Also, the murals have attracted both foreigners and locals who would’ve never set foot in ‘that side of town’. The town has been transformed from just a ‘ghetto’ to a hotspot where photoshoots and music videos happen almost daily.

Plan a visit and bask in the beauty of the street and wander in the yard. For more information, you can reach out to the life yard management on social media.