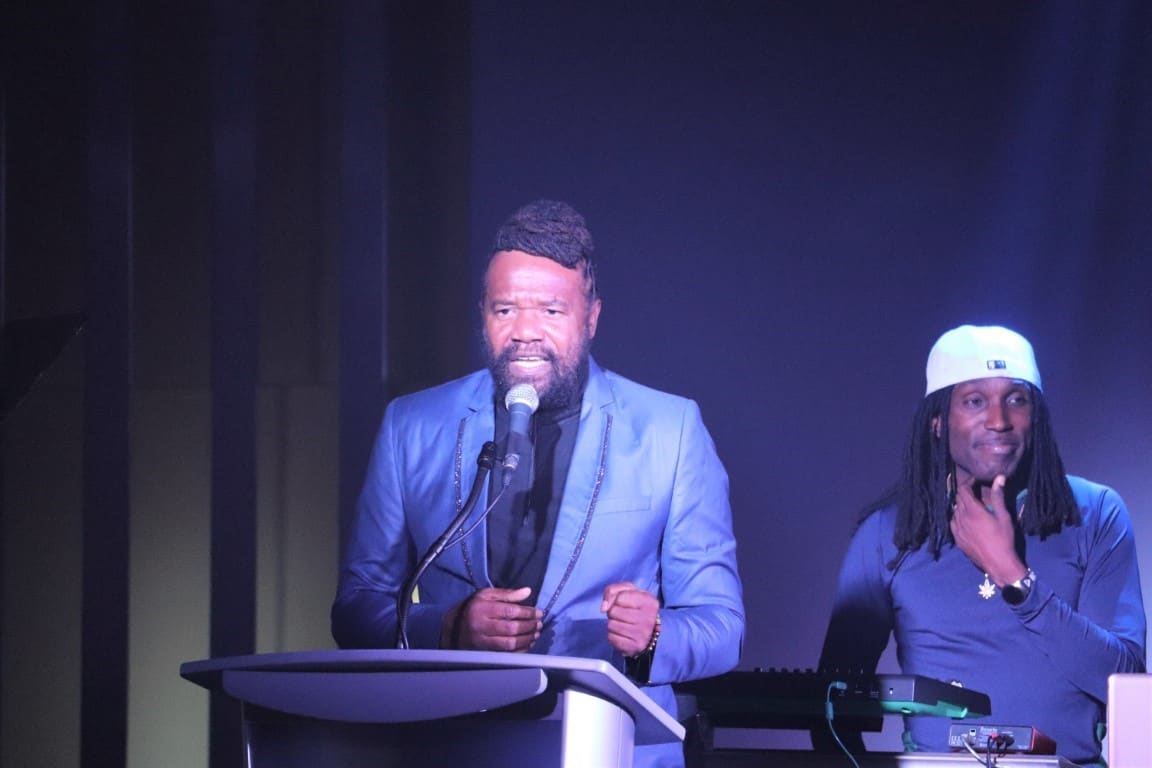 Lights, camera, action! It was a night to remember as the CEO of Rebel Salute, Tony Rebel, hosted the event launch for the first time in 27 years. The event which was launched at the AC Hotel by Marriott could be compared to the premiere of a long-awaited movie as the room was packed with enthusiasts. Tony Rebel traded his songwriter, singjay and entrepreneur hat for that of a host and used his given name Patrick George Anthony Barrett for the night. His newly found talent was well-received by the audience who agreed that him ‘buss’.

Taking on us on a journey through dance, the Bear Empire gave the audience a historical rendition of our musical culture. After which, Queen Omega lit up the stage with original songs from her upcoming album. Pride and excitement were evident in Koen Hietbrink, General Manager for AC Hotels by Marriott’s speech. He was elated that the 6-month-old hotel was facilitating the launch of this historical event. He congratulated Tony Rebel and his team for their efforts in preserving the genre as well as contributing to the tourism sector.

His Worship the Mayor, Councillor Michael Belnavis, the current mayor of St. Ann was happy to report that his parish is the birthplace for stars and home for spectacular events. Stars who originated from the parish include the great Bob Marley, Marcus Garvey, Burning Spear and Shabba Ranks just to name a few. While events such as the Kite Festival, Culinary Arts Festival and Competition and Rebel Salute all contribute to the growing number of tourists in the parish. Along with the Senior Superintendent of Police and Commanding Officer for the St. Ann Division, he promised to ensure that the patrons will have a safe and positive experience.

Miss Janet Slyvester, Commercial Director of Courts Jamaica reiterated the importance of Reggae, she sent ‘big ups’ to some of the top tier reggae artistes such as Tony Rebel, Chronnixx, George Nooks, Protoje and Beres Hammond for their contribution to the industry. She also spoke about Courts’ partnership with Irie FM and Rebel Salute to host the Rebel Salute Live Road Show which doubled as a talent show and a campaign. The ten finalists’ were also featured at last night’s launch.

Other speakers included Michael Dawson, Mark Pike, Stephen Drummond, Vana Taylor, Kenya Barrett, Robert Bryan and the Honourable Minister Oliva Grange. The Minister showed her exuberance at the longevity and unwavering global relevance of Reggae music. She commended the Rebel Salute team on the hard work and time that they put into the show.

The night was filled with exciting good vibes and excellent music. Performances were done by George Nooks, Singing Melody, Mortimer, Imeru Tafari, Queen Ifrica and Mr Rebel himself. It has definitely set the tone for what patrons are to expect on the nights of January 17 and 18.

0
5   0
previous Shaggy in the spotlight, and shines
next Rebel Salute Festival 2020 - On a Mission

Rebel Salute Festival 2020 – On a Mission

Mento – The Grandfather of Jamaican Music