Home Culture Walk a Mile in Her Shoes 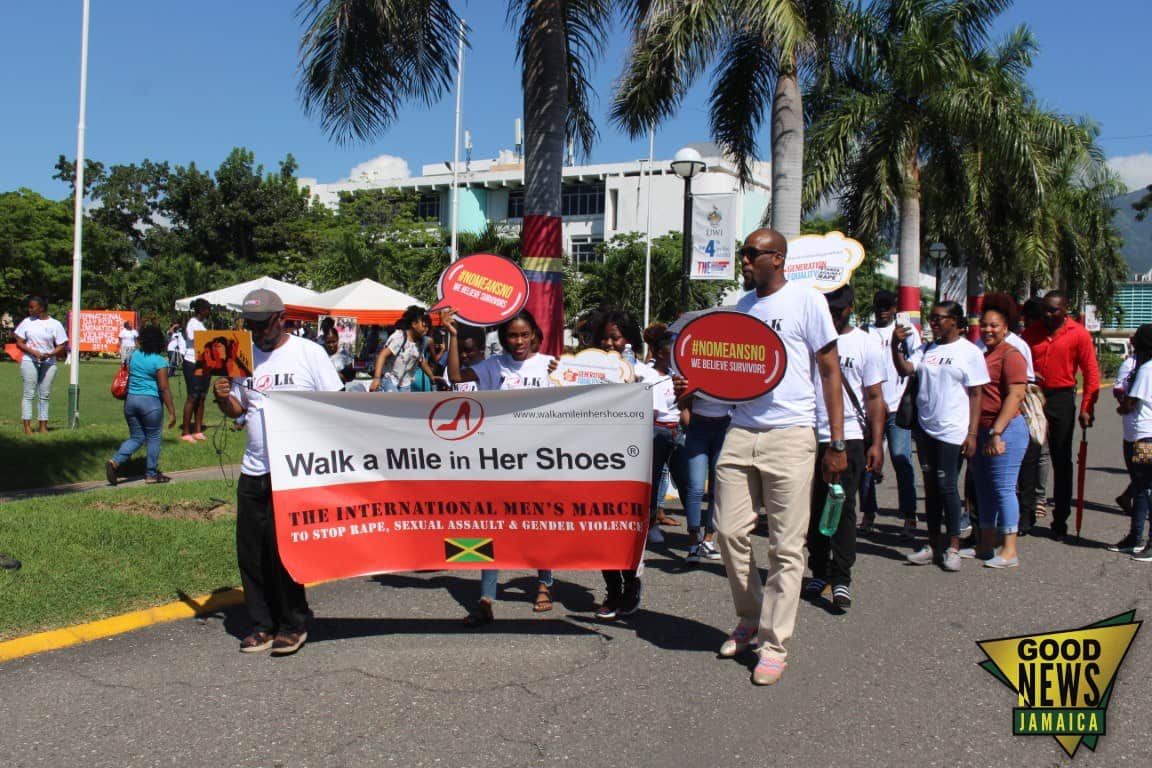 Walk a Mile in Her Shoes

Walk a Mile in Her Shoes

Feeling disturbed about violence against women and girls? Excellent. #MeToo. Recent months have seen several cases of gender-based violence splashed across headlines. Countless women around the world have demanded an end to these abuses and, increasingly, people are calling for men to take action as well. So much has happened recently that makes it feel as if progress is being made to ensure women enjoy their right to live a life free from abuse.

Millions of people around the world have not only taken to social media to raise awareness about this sensitive issue but they have also started social campaigns and movements. Examples of these initiatives include; No Excuse For Abuse, International Day of Elimination of Violence Against Women and Girls and the Walk a Mile in Her Shoes Movement.

From 25 November, the International Day for the Elimination of Violence against Women, to 10 December, Human Rights Day, the 16 Days of Activism against Gender-Based Violence Campaign is a geared towards impelling the world to take action to end violence against women and girls. The theme of this year’s event is “Orange the World: Generation Equality Stands Against Rape’. In Jamaica, several conferences, meetings and awareness-raising events will be hosted.

Walking a Mile in Her Shoes

The time for change is here and now. In Jamaica, the cries of victims and survivors have reached a crescendo that can no longer be silenced. Today, over fifty powerful men, from various industries of Jamaica, walked a mile in women’s shoes. Participants included entertainers namely Owen ‘Blakka’ Ellis and Glen ‘Titus’ Campbell, entrepreneurs such as Charles Hyatt Jr and Dwayne Buckley, students from both the UWI Mona and the Edna Manley College.

Moderated by Colleen Douglas, the day was filled with laughter, entertainment and fun without changing the focus for the cause.

After participating in a similar event in Toronto, ‘Blakka’ was deeply touched and sought for four years to bring the event to Jamaica. Below, he speaks about some of the challenges he faced:

‘First, you walk the walk, then you talk the talk.’ You can’t really understand a person’s situation unless you have ‘been in their shoes’. Walking in stilettoes is an art which has not been mastered by many women so it was funny seeing men making their best attempt to walk in these high-heeled shoes. Not only did it lighten the mood, but it made it easier to discuss the serious topic at hand.

The mile which the attendees walked was around the Ring Road at the UWI Mona. Before starting the course the men were all ‘big talks’, which eventually disappeared. All the stiletto-wearing men in view were completely ‘mashed-up’. Glen Campbell who was in full support of the movement couldn’t hide his pain in questioning, “how woman wear dem ting yah”:

Pleased with the support of his colleagues, friends and other participants, Blakka who was evidently in pain, wanted to send out the following message:

Other key players in this event were the Mary Seacole Hall who displayed their Clothesline Project Program, The Glad to be a Girl Foundation, The Institute for Gender and Development Studies (IGDS), University of the West Indies, Mona and the Edna Manley College of Visual and Performing Arts.