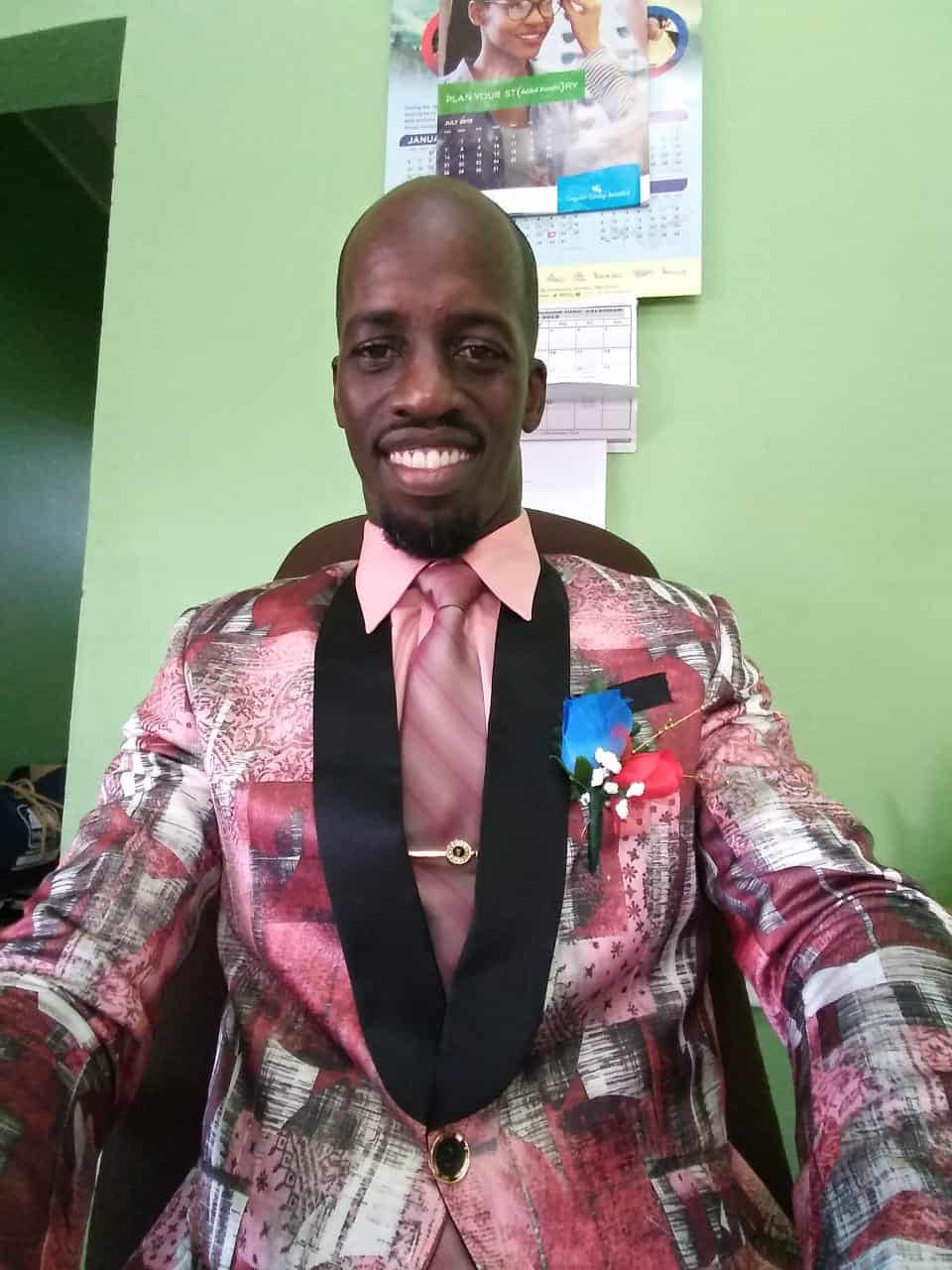 “The world is like a public restroom when you leave the world ensure that you leave your graffiti” was a quote by Reverend Rennard White during a Youth Convention which changed Milton Brown’s life forever. Living his life intentionally and purposefully, Milton Charles Brown is a God-fearing Principal on the rise. This man is the poster child of confidence. He goes through his day with his chest high, shoulders squared and taking control of every room that he enters.

Earlier this week, I had the opportunity to sit down with the engaging Milton Brown. We had many laughs as we journeyed down memory lane. Not only did I learn more about this man of valour but I left feeling empowered and an inch taller.

Who is Milton Brown?

Born in Manchester in the year 1980, he is one of five children. He later moved to the cool plains of Clarendon where he attended both kindergarten and preparatory school. ‘Labor Omnia Vincit – Work Conquers All, Labour Conquers All’ is one of his life mottos which he acquired from the prestigious St. Jago High School. Being an alumna isn’t the only reason the school has a special place in his heart. His three younger children attend the institution while his wife is a teacher there and his eldest daughter is a graduate.

With educating embedded in all 46 chromosomes, it was inevitable that Milton would become an extraordinary educator. He has been teaching formally for 16 years. Informally for many years prior as he was a tutor during his high school years. Being passionate about geology, he pursued a bachelor’s degree in Geography at the University of West Indies. His dreams of becoming a full-fledge Geographer was put on hiatus when he found out that his girlfriend, now wife, was pregnant.

Refusing to let his ‘gift from God’ be born without having a job, he applied to the Jamaica Constabulary Force, Jamaica Customs and as a teacher to St. Jago High and Decarteret College. When asked which one he chose, he laughed and said, “Nuh muss Jago”.

His journey to becoming the Principal of White Marl, “Neva normal”. Needing a higher salary to support his family, he decided it was time to move on from St. Jago. ‘Elevating yourself in Jamaica has to be done by either links or education so we [he and his wife] agreed it was time to do my Masters.” Getting into the Masters’ Programme was futile as an issue arose each time. Being the persistent man he is, he opted to do the Aspiring Principal Course at the National College for Educational Leadership (NCEL).

After completing the course, he sent out numerous applications for a Principal position which were unsuccessful. Out of the blue, he got a call one day from a past student who asked him if he wanted to teach Mathematics in England. Doubtful at first, but after doing a phone interview, he made the decision with his family that he would relocate to England. “The money did nice but me did miserable”. Unable to bear it any longer and realising that it wasn’t the will of God, he returned home. Returning to Jamaica in December 2017, he compared himself to the prodigal, because he went to his father requesting to market pork from his pig farm. Selling only one pig (which he still hasn’t received full payment for), after two months, he decided it was time to leave.

Returning to God, he fervently prayed for a job. Subsequently, he saw an advertisement in the newspaper for a temporary Geography teacher at Calabar High School. Still, on a hunt to become a principal, he continued to send out purpose filled applications. Once his temporary contract with Calabar ended, he began working as a safety supervisor at a manufacturing company.  Less than three (3) months into his new job, he got a call from the Chairman at White Marl Primary and Junior High School confirming that God has finally granted his wish.

Believing that there is a lesson to be learnt from every situation, he shares his testimony whenever he gets the chance:

Relationship with God and Confidence

Milton grew up in a Christian household with parents who were prominent in the church. However, it wasn’t until he was 17 years old that he answered the call of God. He describes God as the head of his life and so he ensures that God is in the midst of everything he does. As a Deacon in his home church, he takes it as his pleasure in spreading the Gospel near and far. He gives credit to the Holy Spirit for all his achievements in the educational sector:

‘Being a child of God means understanding that you’re the child of a King’. Being cognizant of this has immensely increased his self-esteem, worth and value.  Christianity isn’t the sole booster of his confidence. As important is living on the Fraternity of Attica in Taylor Hall. He described being on Attica as his year of metamorphosis:

Every morning, even before one enters the school compound, the students of White Marl Primary can be heard singing their theme song “I am a G.E.M”. Crediting God for giving him the slogan, Mr Brown explains what it means to be a Gifted, Excellent, Masterpiece below:

Milton describes himself as a man who is committed to God and because of this, he is able to lead his family daily. He is the father of four, and describes his offspring as ‘two energetic, rapidly growing and active boys, one tall, elegant and talented girl and 1 short, studious university student doing her degree at Caribbean Maritime University.’  He has been married to his ‘short and spicy’ for almost 15 years and has known her from the age of seven.  After realising that the churches had a deficiency in upstanding men to pair with the sanctified church sisters, he often wished that he could duplicate himself to solve this problem. God, however, had other plans. He was entrusted with his personal canvas; twin boys to mould and steer them into their God-given path.

Milton urges everyone he meets to live a life of purpose and to be the best version of themselves. ‘God wants you to start believing today that you are a rare, one-of-a-kind, valuable and precious.’