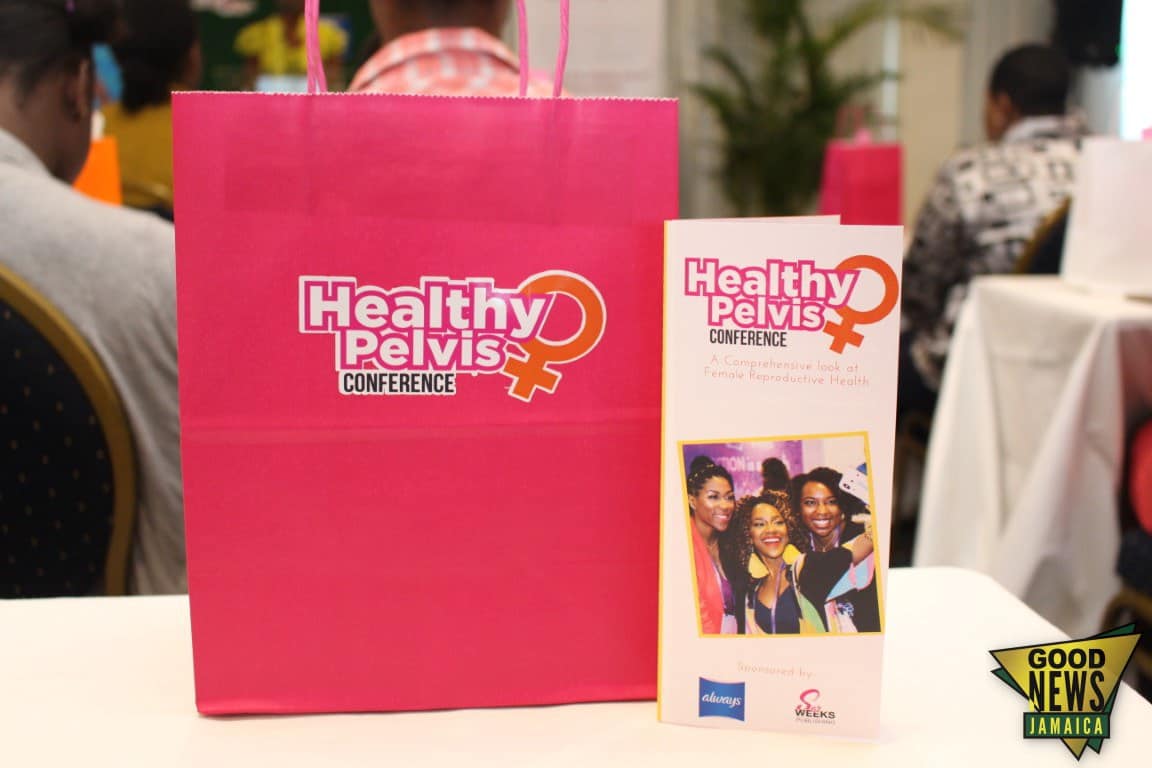 Living in a world with blockchain technology, quantum computing and discussions about artificial intelligence; it amazes me that women are still being stigmatized for having a period. All around the world, girls and women are made to feel embarrassed and ashamed for menstruating and the language we use is partly to be blamed. Nowadays, young girls are referred to as ‘Bloody Mary’. They are also told to be quiet when they try to discuss their periods. This results in their self-esteem being damaged as well as them not wanting to go to school or even be in public when menstruating.

The stigma attached to menstruation is caused by a lack of knowledge. It a subject rarely talked about in public, if at all. We live in a society where it is called everything but its name: “Aunt Flow,” “Mi Aunty from Red Hills,” Mi Sister” or even “Crimson Tide”.

In steps, author and activist Shelly-Ann Weeks founded the HerFlow Foundation. Through both personal experiences and public observations of everyday encounters of women; and by using methods such as education and mentorship, the foundation is on a quest to empower women and girls about their reproductive health, periods and the rights of every Jamaican female.

HerFlow Foundation is committed to addressing the stigma and shame associated with menstruation, ending period poverty in Jamaica, and becoming a source of information for Female Reproductive Health. In order to ensure this is being done, they maintain a high social media presence, tour the island to speak to students and host an annual conference. Not only was this year’s conference informative and eye-opening but it was ‘lit’. Anna Smith who tripled as host, games coordinator and ‘hype woman’, kept the audience laughing from start to finish. In keeping with her beliefs and practices, Miss Weeks made certain that everything down to the food represented HerFlow’s beliefs. Attendees were beyond grateful for the ‘invaluable’ information that they received:

As one of the main sponsors of the forum; greetings were given by Always Representative, Miss Gabrielle Sang. She was happy to report that Always is enthused to be in partnership with the foundation especially their #endperiodpoverty campaign. She also conveyed her admiration and respect for the tireless and selfless efforts of Shelly-Ann.

The first speaker for the day, Mrs Ramona ‘The Vagina Lady’ Riley had the audience craving for information as she spoke about her unique condition, adenomyosis, which causes the inner lining of the uterus to break through the muscle wall of the uterus. After suffering from extensive and painful periods, she decided to pursue natural and holistic approaches when doctors told her that a hysterectomy was her only option. Her new-found knowledge and experiences now allow her to give health tips to conquer painful periods.

‘The Vagina Lady’ developed the company Cosmic Womban to actively treat and educate females in both about the female reproductive system. The company operates in Jamaica and the US :

Being the natural person she is, Ramona only promoted the use of herbs and dietary change during her presentation on pain management. Some of the herbs and natural techniques she discussed included: red raspberry, castor oil treatments and ginger:

Ramona’s presentation was priceless, the way she empathised and reassured us was impeccable. One attendee even described the information she provided as ‘life-saving’. Her presentation provided an excellent foundation for Nutritionist Tehuti Maat to build on.

Tehuti Maat is a nutritionist extraordinaire, who also practices a natural and holistic lifestyle. During his presentation, he alluded to the danger of food especially junk food. He also brought attention to the importance of balanced hormones and quality rest:

The final presenter was organizer Miss Shelly-Ann Weeks. Agreeing with the first two presenters, she expounded on their points as well as sharing her personal journey:

In order to support her stance/ prove her point that vegan food can be tasty as well, she intentionally designed the conference’s menu to represent a delicious vegan diet. Shelly-Ann also used the opportunity to clear the popular view that ‘being vegan is expensive’.

Not only does changing your diet lead to having pain and symptom-free periods, but it also enriches your life.

After leaving that conference like many others, I felt empowered and motivated to start a new chapter. Not only was it beneficial to the women who attended. but even the only male attendee learnt something new:

Follow Shelly-Ann Weeks and HerFlow on Instagram and Twitter so that you don’t miss the next staging of the impactful and Healthy Pelvis Conference as well as other wonderful initiatives.