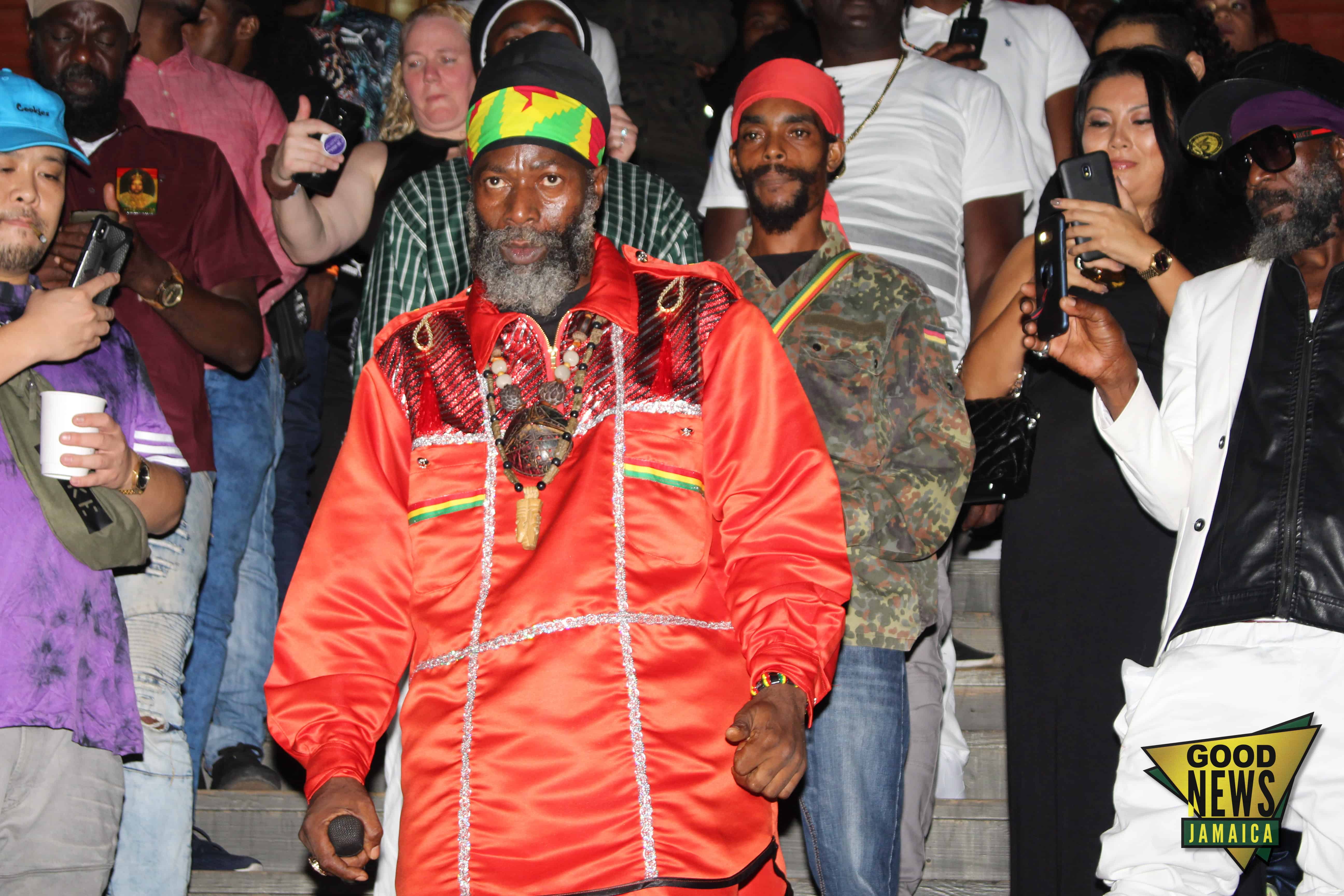 Anthony O'Reilly - Salt of the Earth

FEAR = Face Everything and Rise

Patrons were left craving more on Friday morning after the successful second staging of the latest instalment of the Hennessy Artistry series. The second staging in Jamaica was held on the turf of the Skydweller Ultra Lounge in Saint Andrew. The Hennessy Artistry Series is a global event which brings together artists to facilitate a wide range of talents. This experience includes several mixing bars where patrons learn how to concoct Hennessy drinks.

Performing their single ‘Hey Sugar,’  Koli and Wai Fusion along with the Affirmation Band, opened the show on a high note. Although newcomers to the game, the act showed promise for what the future holds.

With support from the High Symbol Band and Saxophonist Tafawee “Tafane” Buchsaecab, Jah Vinci took the crowd on a musical journey from August Town to global stardom. Thrilling the crowd with his hits, the Gaza Empire member never failed to ‘big up’ Vybz Kartel for introducing him to the music industry.

His performance included songs such as Heart Too Clean, Remedy, Soul to Keep, Mi Feel A Way and There for Me. The audience learned that he started performing in church and that the tragic death of his brother started a dark period in his life. Throughout his performance, Jah Vinci poured his heart out. He also explained, through song and stories, that it was the incessant praying by his mother that one day opened his heart to beg for the Lords’ ear. After that conversation, he never looked back.

Just as how he got his break at a young age via the Gaza Nation, Jah Vinci invited newly signed recording artiste, Nordia Mothersille to share his set, for a brief performance. Listen below to our interview with this confident and humble recording artist.

Jah Vinci was pleased with his performance. He wanted to be intimate with the audience and Hennessy gave him that opportunity. “The people dem get fi know Jah Vinci personally, it was a great feeling,” he said when talking with Good News Jamaica. At the end of his performance, the MC and representatives from Hennessy Jamaica presented the artist with a portrait of himself. With a smile that looked like it was on his heart, Jah Vinci expressed how grateful he was for the portrait.

As usual, the “Fire Man” Capleton’s, almost one hour set, had the audience in hysteria. Skanking, bussing blanks, ‘tumping’ the sky and singing along, King Shango could do no wrong. He sang hits such as Hunt Yuh, Slew Them, Baby Don’t Cry, Small Word and many others. Having been his first performance in Kingston for a while, Capleton made the most of it. Based on the amount of screaming on top of their lungs, the audience showed Shango just how engaging his set was. Not only were the onlookers blessed with great music, but Shango was also in a teaching mood and didn’t waste the opportunity. Burning out all forms of ‘wrong’, he fired shots with his music. It was almost as if Capleton knows that the time is short because he pleaded with the audience to stand firm in righteousness and stomp out wrong.

To say that the patrons were pleased would be the understatement of the century. The sweat dripping from shirts and smile almost breaking jaws as they left the venue, was proof perfect that a good time was had. One supporter said that his money was well spent and that he was anticipating the other stagings of Hennessy Artistry. Another patron was grateful for the experience but was particularly pleased with Jah Vinci’s performance:

The venue was perfect. The host was amazing. The drink specials were on point. The MC was energized. The bands never missed a beat. The audience was not only good looking but animated and involved. Thumbs up to Hennessey Jamaica and Ewan Cambell for thinking of and putting on such a successful night. We thoroughly enjoyed the event and are already looking for the next staging.

0
14   0
previous Actor Michael Hyatt Encourages Creatives
next Shaggy in the spotlight, and shines