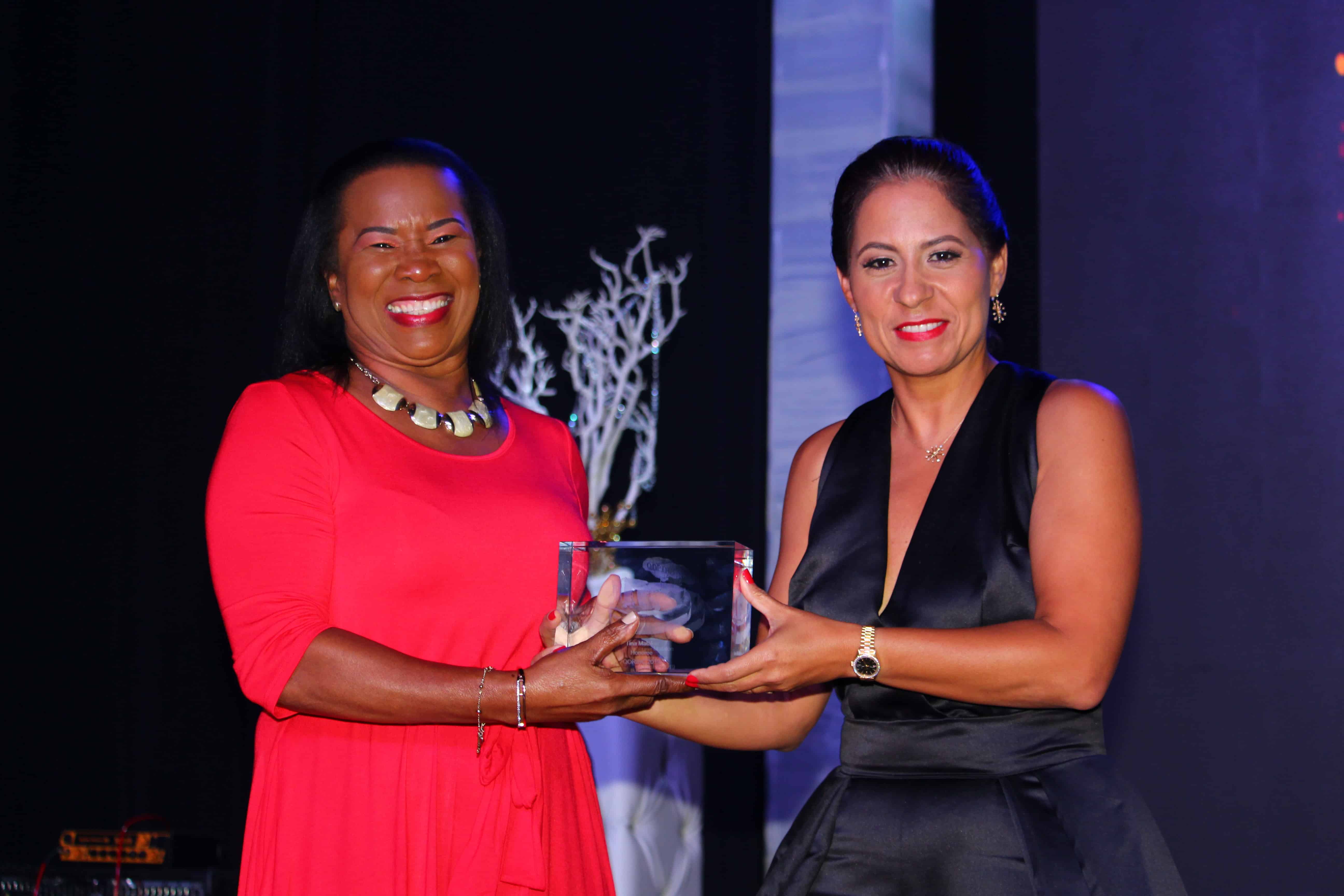 Last Saturday, the atmosphere of the Courthleigh Auditorium vibrated with excitement and anticipation at the beginning of the ceremony. This year was the fourth staging of QORIHC which aims to honour and recognize hard-working female industry players. QORIHC was conceptualised by Laurell Nurse who saw that industry women weren’t being appreciated:

This year, the award list consisted of thirteen talented moguls. The Veteran actress and broadcaster Leonie Forbes was the first to be awarded. Miss Lee is considered to be ‘Jamaica’s First Lady of Theatre and Film’ has been in the industry for over 60 years. She was beyond grateful and appreciative to have been one of this year’s awardees:

Having been involved in the arts as a child, it was no surprise that Miss Elise Kelly would have been among these Queens. Miss Kelly is a stalwart broadcaster. Her award was presented to her by her childhood mentor Mrs Elaine Wint-Leslie. In her acceptance speech, she implored young people to follow their dreams despite the critics of others:

Both giving thanks to God, former lead singer of the Grace Thrillers Shirley Willis and singer Judy Mowatt were among the honourees. Shirley Willis is an exceptionally devoted Woman of God. After being in a coma for two months following a car accident which was due to a stroke she suffered while driving, Mrs Willis woke up with a song on heart and penned ‘Can’t Even Walk’. She was grateful that God spared her life so she could be a part of this memorable evening. Quoting a text from the Bible, “a prophet hath no honour in his own country” Judy Mowatt was elated that this was not her portion. She was grateful that QORIHC provided this opportunity for the women in the industry.

Women’s activist, martial arts instructor and poet Cherry Natural used the platform to deliver a motivational instruction to women in the form of a powerful poem. She implored them to know their worth and never sell themselves short. Cherry urged the women to fight back if they’re exposed to domestic or any other form of violence, she also advised the men to love, respect and treat women well.

‘Imagine mi ah dance from 8 years old and just being recognized at 40’. Dancehall dancer Keiva di Diva encouraged women to never give up on their dreams. She told them to continue doing what they love even if they’re not noticed immediately, because one day, just like her, they’ll be rewarded and highlighted.

The Keynote speaker for the night was Mrs Tina Matalon who also received an award. Her sentiments followed the same theme of all the other recipients about the honour of the award. Mrs Matalon went a step further to express her passion for the industry, which she just found out that she is a member of.