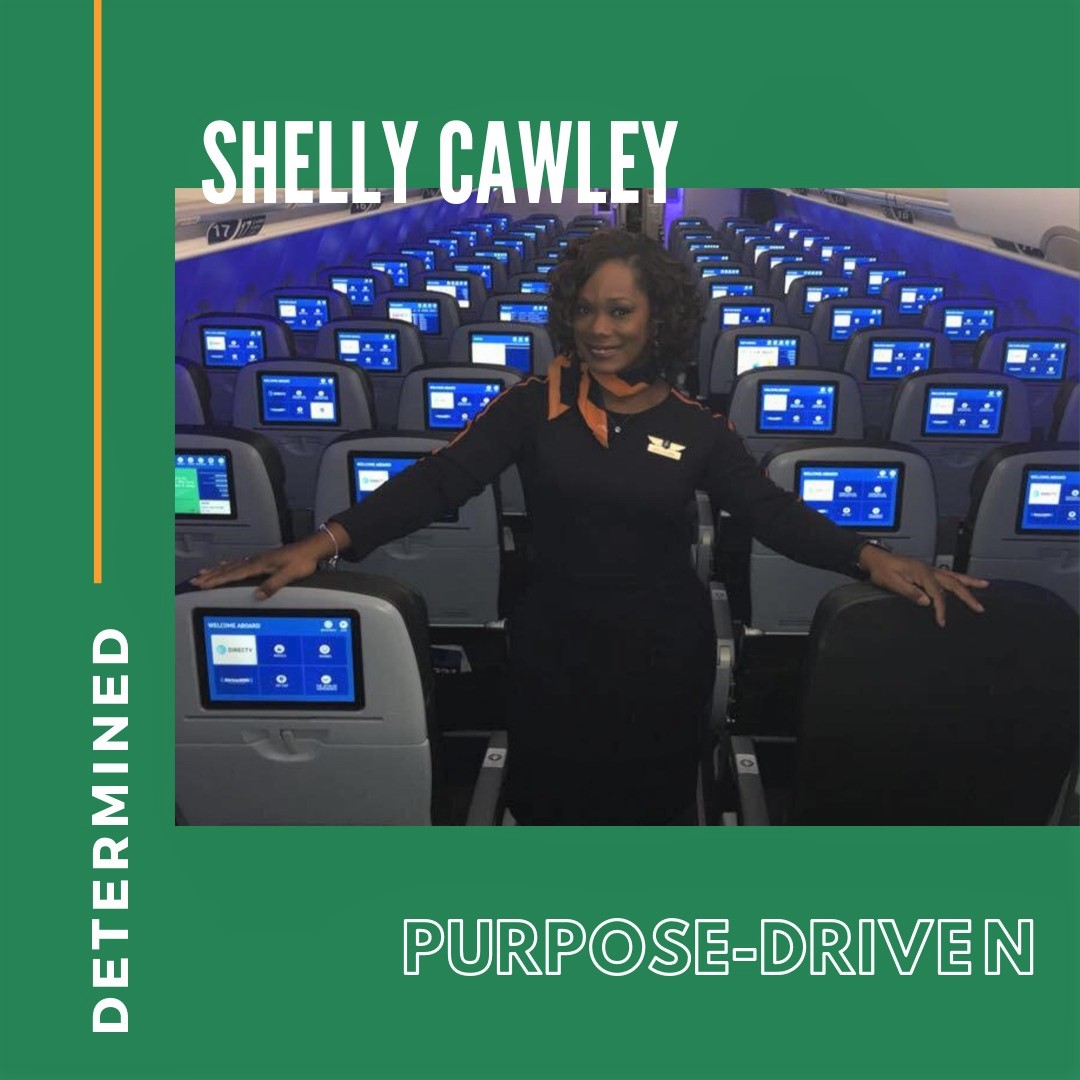 Every day, we have to jump over numerous hurdles as well as overcome various challenges. In addition, if you are a black woman living in a ‘white’ country, you know that history hasn’t been on your side. However, for every story of opposition and struggles, there are many instances of determination, sticktoitiveness and courage. We have seen many strong black women who have fought against all odds and took it upon themselves to recreate the image. An example of such a woman is Shelly-Ann Cawley. We won’t be surprised if you’ve already heard the story of this purpose-driven lady.

Who is Shelly Cawley?

Born in Kingston Jamaica, Shelly-Ann Cawley is a former flight attendant with over 20 years of experience in the aviation and safety industry. While living in Jamaica, she attended the St. George’s Primary and the Holy Childhood High School for Girls. Even though she is an Airline Industry extraordinaire, Mrs Cawley started working as an Entertainment Coordinator at the Sandals Resort the summer after graduating high school. She then moved unto Air Jamaica where she worked as an HR Benefits Assistant until she migrated to the United States.

After resigning from Delta Air Lines, Shelly-Ann decided to pursue a Bachelors’ Degree in Communications. While in school, the assistance from students’ loan wasn’t able to sustain her through school. Relying on what she knew to do best, she got another flight attending job at a small regional airline. Being the sole flight attendant on each flight while studying to maintain a high G.P.A could not have been an easy feat.

Below, Mrs Cawley explained how she was able to get everything done:

During her last semester of school, as luck would have it, she saw an advertisement for a Base Manager in West Wendover. Despite having no knowledge of the place, she still decided to apply for the position. Due to her attractive resume and skillful interview, she was offered the job offer before completing university. The company wanted Shelly-Ann so much that they decided that the position must be held until she graduated.

Living in West Wendover wasn’t an easy task as she was the only black woman in an all-white casino town:

After spending a year making her mark in West Wendover, she transitioned to JetBlue in New York. At JetBlue, she worked as an inflight supervisor where she was able to continue impacting the lives of others. While there, Shelly received several humanitarian awards for her services. In March of this year, after completing 6 years at the company, she decided that it was time to part ways with the company. This decision was influenced by the lack of family time due to long hours at work.

As many might be wondering, ‘How is she in the flight industry despite doing communications?’ From an early age, Shelly has always been considered to be mature and always handled situations fearlessly and open-mindedly. She credits her character to being raised in Jamaica “Growing in Jamaica and attending the Holy Childhood High School propelled me to be fearless and to take on challenges. The values and lessons from high school also shaped me to be the woman I am today.”

After the Airline Industry

With over two decades in the airline industry, Shelly decided it was time for new experiences. Leaving the airline industry but still in the aviation field, she took on the role of the Safety Management Systems Coordinator, which is equal to the local National Transportation Safety Board Investigator for the world’s leading private jet manufacturer. At Gulf Stream Aero Space her duty includes investigating accidents and incidents and changing cultures and behaviours of individuals. This helps when individuals damage an aircraft. Once again, finding herself in a position that has nothing to do with her degree in Communications, she manoeuvres this new task with confidence and grace:

In an attempt to bridge the gap between aviation and humanities, Shelly decided to start her travel assistance company – Travelers Care. She realised that there was a need for intervention while at work 2 years ago. While managing flight attendants, she was asked to communicate with an elderly customer who had a problem using her native language:

Travelers Care specializes in providing a positive travel experience. They offer both domestic and international services on any airline. Not only are they convenient, but they also allow persons the comfort of knowing that their loved ones are being taken care of while in transit. While ensuring affordable cost, they are committed to ensuring that all customers get the best experience and are treated with respect and dignity.

Shelly-Ann attributes her success to her strong support team and her love for both the travel industry and people. It is the same factors which motivate her to get up and do good each day: