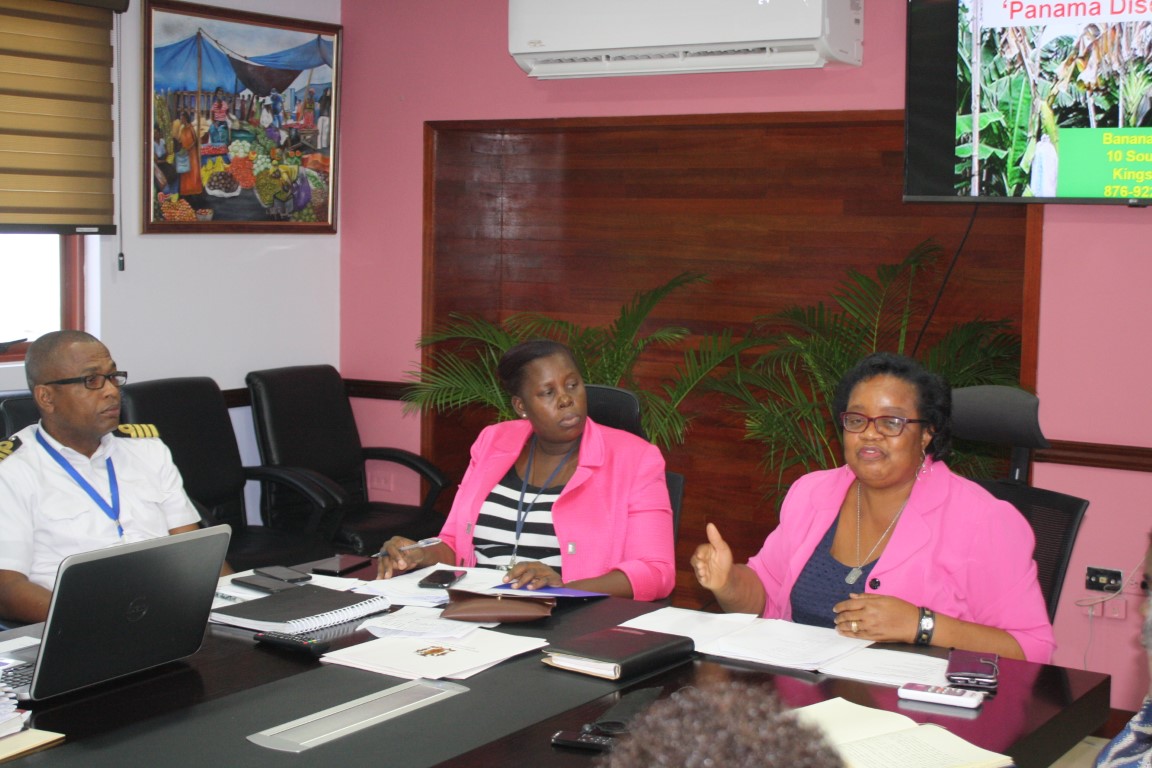 As Jamaica moves to implement measures to address the potential threat of the Tropical Race 4 (TR4) disease, which affects bananas, plantains and Heliconia, the national task force, assigned by the Ministry of Industry, Commerce, Agriculture and Fisheries held its first official meeting at the Ministry’s Hope Gardens offices.

Chaired by the General Manager of The Banana Board, Mrs Janet Conie, and co-chaired by the Chief Plant Quarantine and Produce Inspector, Miss Sanniel Wilson, the task force includes stakeholder representatives from 21 relevant ministries, departments, agencies and farms and is charged with monitoring the implementation of measures to prevent the fungus Fusarium oxysporum f. cubense from entering the shores of Jamaica as well as to identify control measures, should the fungus actually get here.

As it works to formulate the components of its strategic plan in the shortest possible time, the task force agreed that short-term immediate actions were necessary. A public awareness programme, as well as the installation of disinfection mats at ports of entry, was identified as the most critical actions to be taken immediately.

Although the Tropical Race 4 Disease is not in Jamaica, the country is on high alert to keep it out and is taking proactive steps to prevent it from entering the island.

At a press conference at his Ministry’s Hope Gardens’ offices on October 9, portfolio Minister, Hon. Audley Shaw emphasised that the disease will have devastating effects on the nation’s agriculture sector if it enters.

“This is a deadly disease with the capacity to destroy our entire industry… (so) we are acting swiftly to do everything in our powers to prevent it from entering Jamaica,” Minister Shaw said.