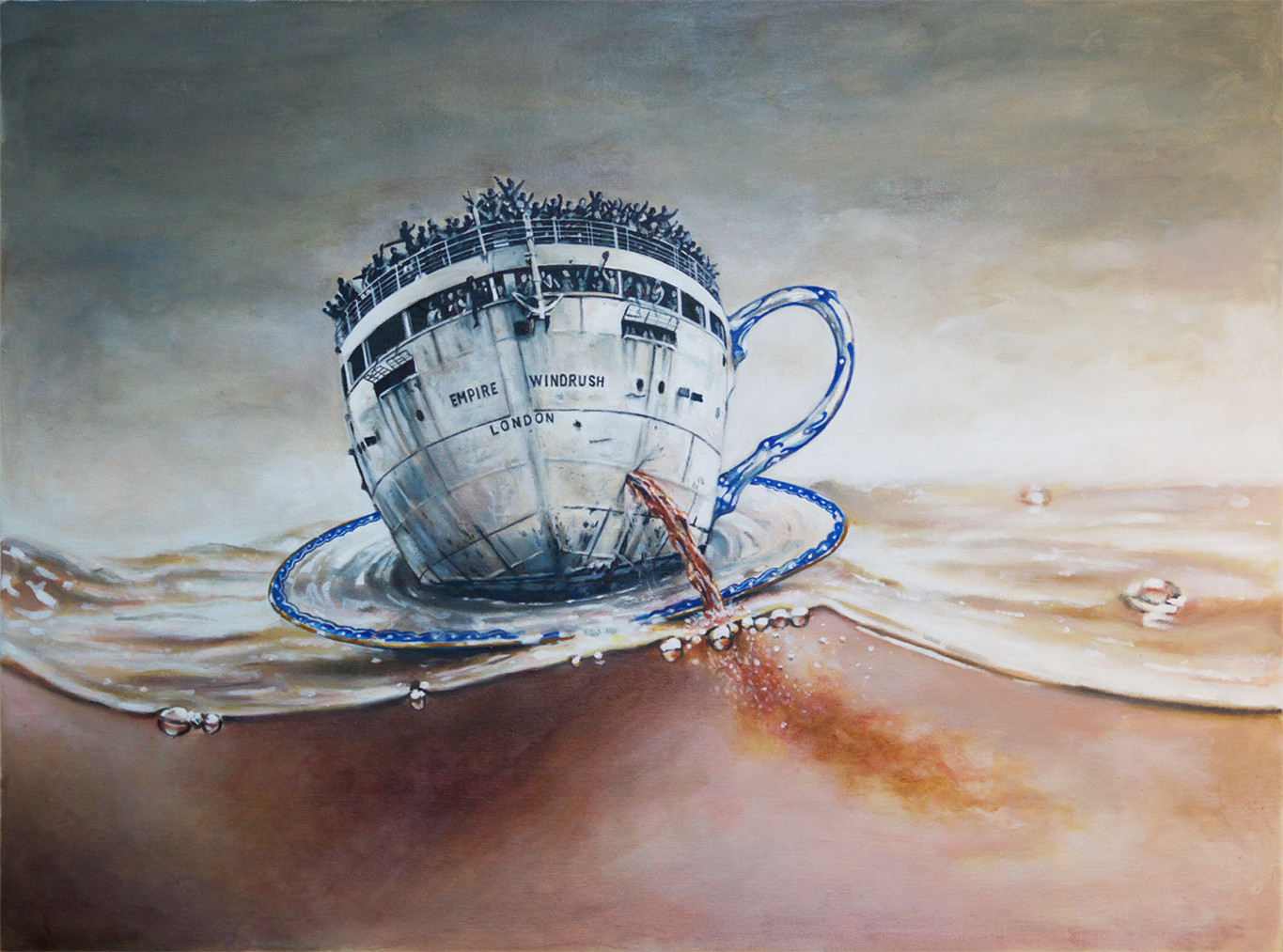 If you are like me and was born in the 21st century, then there is very little chance that you know about the “HMT Empire Windrush” or the Windrush Generation. Unfortunately, it wasn’t until my interaction with Michael Elliot‘s Windrush Series that I learnt about this unfortunate ordeal our Caribbean people are experiencing.

After World War II, the United Kingdom was left in dreadful circumstances. This resulted in a labour force shortage. Having no other option, the British government invited citizens from their Caribbean colonies to work on rebuilding England. The HMT Empire Windrush, which was originally a German Navy ship was captured by the British after the war. This ship was used to transport 492 Caribbean passengers which docked in Tilbury Docks, Essex on June 22, 1948. This is where the label “Windrush Generation” came from. They were the people who migrated to England via the Empire Windrush.

Under the 1948 Immigration Act, the immigrants were granted entry and were given British citizenship. Despite being unskilled workers, the Caribbean nationals became manual labours, nurses, drivers and did other ‘odd’ jobs for which they were underpaid.

In 2012, several changes were made to the Immigration Act. The changes were made to deter people who were overstaying their time in Britain. People were therefore required to present documents to prove their right to stay in the UK. Many of the Windrush immigrants were unable to do, as a result, they were detained and deported.

The original immigrants were not the only ones who were affected as their descendants were also impacted for various reasons. Some of which included:

Michael has always had a deep interest in the political and social affairs of Jamaica and the Diaspora. The Windrush scandal that became prominent in 2017 sparked his interest. Tensions of injustice across the diaspora, as well as the immigrants’ stories, inspired him to use his creativity to engage with the topic.

My Journey started out on my residency hosted by the Diaspora Vibe Cultural Arts Incubator (DVCAI) in July 2018 where I thought, ‘how could I represent this topic of West Indian immigration to Britain and its association with the scandal?’ The core of it all lies with exploitation and invitation with ill intentions. After all, there is a parallel here with persons of African descent being transported by boat across the Atlantic for colonial profit.

Using the visual of teacups and tea bags I have created a body of work featuring these elements, obscuring them in different ways and evoking a mood of corruption. The emphasis on the tea bags is important as I derive from it the action of being drained and used again until nothing is left. My paintings in the body of work in the show ‘Diaspora Art From The Creole City’ explores a few aspects in the Windrush narrative, for example, the Brixton riots in London 1981 in the piece “Brixton Brewing” and the veterans from the islands who served Britain during WW2 in the painting called “The Drop” which highlights where colonial subjects have served the crown but were forgotten after.

Tea is something very British, welcoming and a symbol of togetherness, only this time it has been poured out and [the cup is] broken.