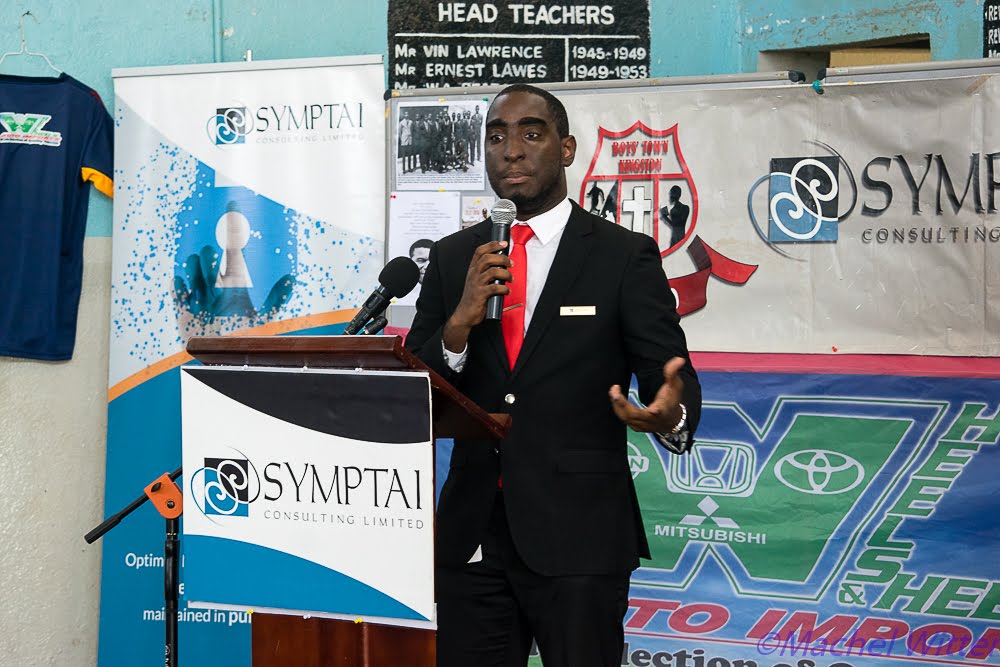 Ten (10) Teams are set to compete for the Collie Smith Memorial Trophy in the 7th staging of the annual Boys’ Town T20 Community Cricket League sponsored by SYMPTAI Consulting Limited.

The competition launched on Wednesday, September 18. The launch took place at the Hugh Sherlock Hall on the Boys’ Town Complex, Collie Smith Drive, in Kingston.

The well-attended launch, filled with the energy of the competitors and supporters as more people arrived. Mostly the audience represented their respective teams, but many were there to support the competition.

Boys’ Town also used the launch to remember the contributions and life of O’Neil Gordon Smith – Collie Smith (May 5, 1933 – September 9, 1959) on the 60th Anniversary of his death. Trevor Spence, CEO of Boy’s Town, delivered the remembrance.

About the competition, Mr Spence stated that “We are happy to have Symptai as our main sponsor for the 7th year”. SYMPTAI Consulting is a leading IT Security, IS Audit and Business Process Controls consulting firm in the Caribbean. They provide IT assurance and advisory services that add significant value to over 150 clients in 15 countries in the Caribbean.

Sales and Marketing Executive Mr DeAndre Harriott solidified SYMPTAI’s continued commitment to the competition. His speech reiterated the purpose of the sponsorship by supporting positive growth and direction in youth. When corporate Jamaica makes a positive impact at the community level, positive change is inevitable. SYMPTAI keeps making that investment.

This SYMPTAI sponsored competition allows Boys’ Town to continue to use sports in general, and cricket in particular as tools to train our young people to become useful citizens of their community and our nation.

Also sponsoring the competition is Wheels n Wheels Auto Limited. Bencle Hibbert, the CEO of Wheels and Wheels Auto Limited, gave a heartfelt speech linking his company to the tournament. He grew up in the community, and even though he has relocated physically, he has never left emotionally because of how the community shaped his life. Based on that truth, he pledged that Wheels and Wheels would be a sponsor of the annual event until he is no longer CEO of the company. Resounding applause followed his statement.