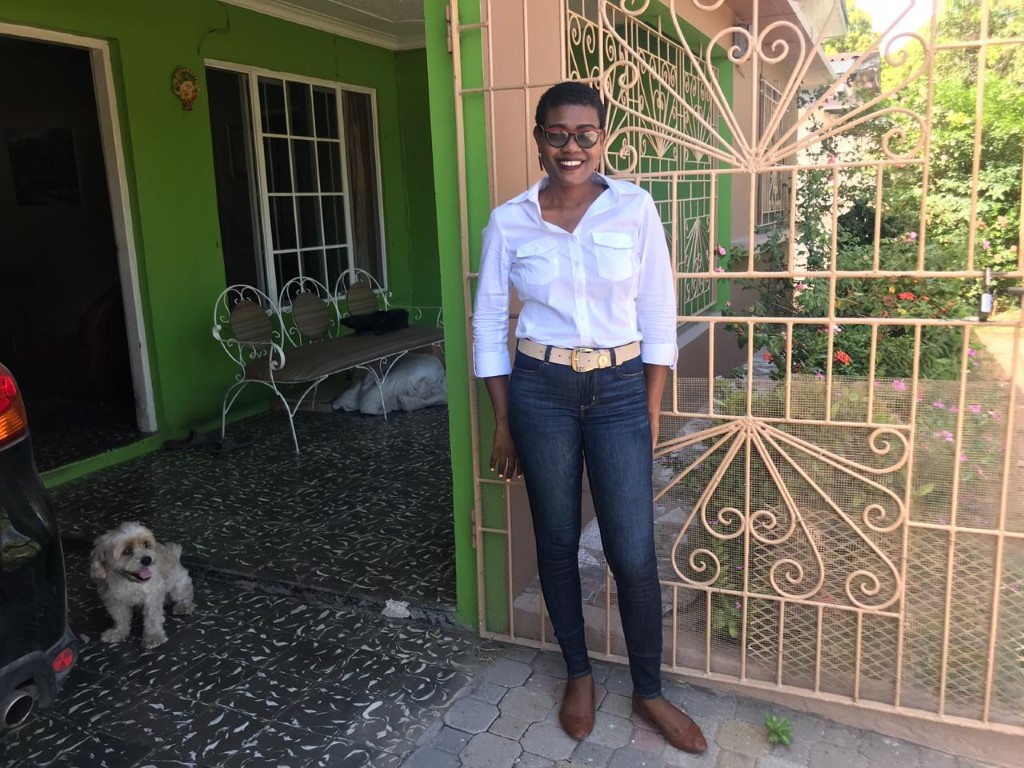 She may have been battered and dented but never has she been broken. This Queen keeps her crown in position with her head held high, no matter the situation. Marcia Moriah Skervin was a survivor long before breast cancer became her reality. She has had to manoeuver many of life’s storms and challenges all while being strong for her three children, but the thought of throwing in the towel never once crossed her mind.

Marcia describes herself as a survivor. Hailing from the ‘bowels of Jamaica’, or what many would consider the ‘wrong address’, Marcia had to redefine her norms and values in order to pursue her dreams. Being raised in a society run by “connections”, she has had to let her work and character speak for her as it was the only voice she had:

Many would think that it was smooth sailing for the multifaceted and accomplished woman, however, the very start of her educational journey was rocky. She graduated from Excelsior High School without any qualifications. Determined to overcome her hinderance, Marcia got enrolled at the Stony Hill HEART Academy and from there she continued her studies. She is now an alumnus of the University College of the Caribbean. She is also an alumnus of the Education and Excellence/Resource Development International (Edexcel/RDI), UK along with the University of Sunderland, UK.

Today, she is not only a Justice of the Peace, but she has also been a Human Resource Manager for over 20 years. She is currently the Human Resource Manager for BH Paints and CEO of Connect Your Dots. The latter is geared towards motivational talks and empowerment in schools and organizations. Additionally, the transformational speaker and freelance Spanish tutor is also involved with many charities and philanthropic organizations.

Early detection is key. If breast cancer is found early, there is a better chance of survival. Marcia was diagnosed with stage one breast cancer last year July. Being the proactive person she is, Marcia was the one who detected that she had a lump in her breast. Her fears were confirmed when the follow-up test results were positive:

‘What do I do next?’, “Who do I tell?’ these were some of the questions that ran through her head. However, her survival and fighting instincts would not allow her to mope nor throw a pity party for herself. Below, Miss Skervin speaks about her reaction after hearing that she had the ‘Big C’:

Self-motivation has always been the norm for Marcia who’s life has delivered years of experience. However, on this new journey, she was in need of external support. The treatment process for cancer often includes chemotherapy, surgeries and other medications. For Marcia, who did both chemotherapy and surgeries, she needed as much advice and support from caring individuals especially from persons who have trodded the path before her. She is apart of international support groups, particularly, The Pink Sisters. Skervin has however identified that more work needs to be done with breast cancer awareness and support for cancer patients:

A cancer diagnosis can have a huge impact on the patient; cancer changes lives. Despite removing her other breast, Marcia had to make other life changes to ensure that there is no reoccurrence of cancer:

She is also more conscious of her health and appreciative of life. Also, her close-knit family has become even closer. She even joked that “if we were supposed to get any closer, we would be metamorphosing into each other.”

Before concluding the interview, Marcia wanted to share a message to all phenomenal women in Jamaica. She wanted to remind them of their worth and the power and strength they possess:

Marcia’s book, ‘Broken Wings’ can be found on Amazon as well as at Fontana Pharmacy and Bookophelia. She can also be found on social media platforms.