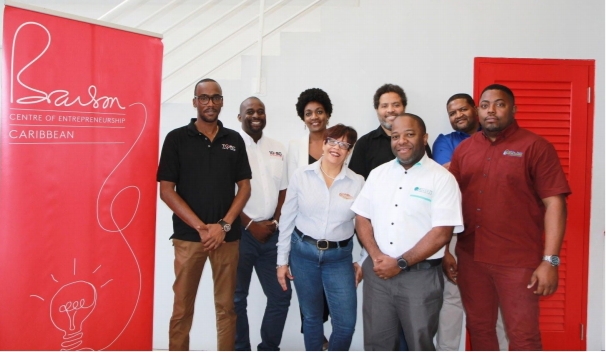 Branson Centre of Entrepreneurship – Caribbean was launched in Montego Bay, Jamaica in 2011 by business magnate Sir Richard Branson. It stands as one of the Caribbean’s leading business accelerator for scale-up entrepreneurs, bringing world-class entrepreneurial support to the region and working toward its mission of creating dynamic Caribbean economies. The Centre primarily supports businesses in the scale-up phase, earning revenue between J$25 Million and J$200 Million and seeking to scale their operations, increase their revenue and break into new markets.

The Centre has been able to consistently produce results that directly impact the issue of growth in the Caribbean, as well as bridge the gap between entrepreneurs and capital investment. Since its launch, the Branson Centre has helped entrepreneurs secure more than $1 million USD in investment. They have brought to the table a strong group of investors that together represent a majority of the institutional capital available in Jamaica. Its partners include NCB Capital Markets, PROVEN Investments, PanJam Investments, GK Capital, JMMB Group and Norbrook Equity Partners.

The Branson’s Centre has an Accelerator Programme which serves small to medium-sized enterprises (SMEs) ready to scale their business operations, increase revenue and enter new markets. Its programme involves rigorous training through business workshops and investment readiness boot camps sponsored by NCB. They also provide support through Advisory Boards and monthly CEO meetings with heads of the industry as well as a connection to an investment pipeline involving some of Jamaica’s major sources of venture capital.

New this year is a specialized component of the programme for Blue Economy Entrepreneurs – that is, entrepreneurs using the ocean resources in a sustainable way for the purpose of economic growth job creation and improving livelihoods.

The decision to hone in on blue economy entrepreneurs came shortly after catastrophic hurricanes slammed the Caribbean in 2017 and put climate change at the top of the regional agenda. The centre’s founder Richard Branson was directly impacted by the storms, as his Necker Island home was struck by both hurricanes Irma and Maria in a span of two weeks.

“We have taken our proven methods in entrepreneurship development to support inspiring innovators to scale their businesses so that they can impact the ocean in a meaningful way,” says Lauri-Ann Ainsworth, Branson Centre Development and Communications Director.

The Caribbean has 80 per cent more sea than land, and up to 27 per cent of the global ocean economy comes from the Caribbean Sea. But in recent years, the region has seen marked environmental changes as a result of climate change, with disappearing shorelines, more powerful hurricanes, and longer dry seasons. This trend is expected to negatively affect the economy, and population of the region over time.

Therefore, the Branson Centre Caribbean, along with Caribbean Climate-Smart Accelerator and Ocean Unite have partnered with the GETCH Foundation to grow a cadre of entrepreneurs, ready to work to fuel a sustainable blue economy in the Caribbean and mitigate the effects of climate change, pollution and overfishing on oceans

Recently, the centre welcomed 14 new businesses to its six-month accelerator programme, including four entrepreneurs working in the blue economy. The blue economy is defined as the sustainable use of ocean resources for economic growth, job creation and ocean ecosystem health.

In its recruiting, Branson Centre targeted ventures focused on addressing ocean-related problems in sectors such as manufacturing, nutrition and agriculture, digital transformation and tourism.

Businesses from across the Caribbean submitted applications and after careful vetting, the following blue economy candidates were selected to be part of the second and final round of this year’s cohort: Yardie Divers, Cove Restaurant, Native Spirit Scuba, and JA Bioplastics.

“At the end of the six months, we would like to see our blue economy entrepreneurs having a more structured business so they can access resources and development opportunities to scale faster while maximizing their positive social and environmental impacts,” says Asia Williams, Branson Centre’s Blue Economy Specialist.

“Global employment of ocean-based activities is set to grow from 31 million jobs to over 40 million by 2030 and we hope they can use what they learn to provide these opportunities to others as they grow.”