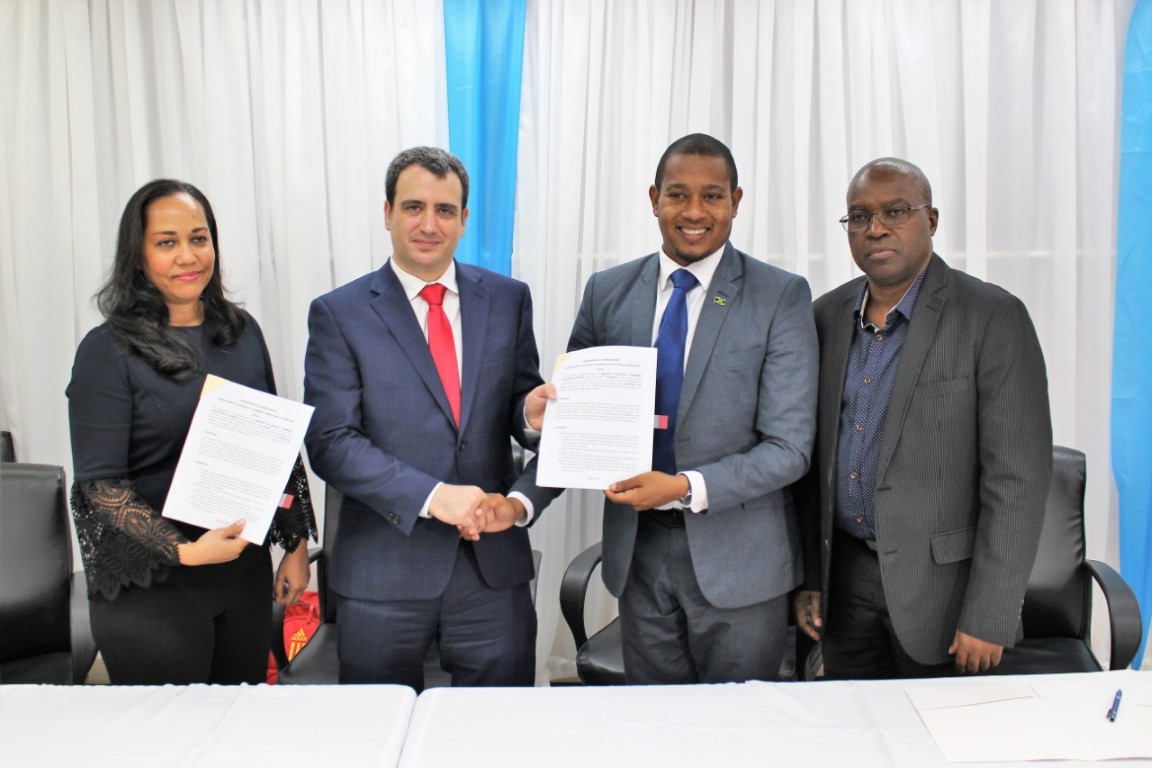 The Ministry of Industry, Commerce, Agriculture and Fisheries (MICAF) in partnership with the Organisation of American States (OAS) and Kalou has launched a three-year Micro, Small and Medium Enterprise (MSME) Digital Marketing Plan. This initiative, which is now live, aims to digitize 25,000 MSMEs in Jamaica by giving them access to digital marketing solutions for their businesses free of cost.

The opening remarks were given by Mrs Jeanelle Van Glaanenweygel-Shirley. Mrs Shirley is the Country Representative for the Organization of American States. During her remarks, she spoke about the importance of this new partnership for global digitization. Some of the benefits of becoming digitized include; improving the country’s GDP rate and selling products online while creating a safer way to track payments:

Mrs Shirley further elaborated on the importance of having MSMEs in the country. However, they are often short-lived due to their absence in the digital world. The OAS, therefore, partnered with Kolau and MICAF to create a solution:

CEO and founder of Hawaiian-named, US-based – Kolau, Mr Danny Sanchez-Mola gave the project’s overview and the three-year digital marketing plan. Mr Sanchez-Mola began by thanking the Minister and the partnering organizations. He expounded on the importance of the launch and compared each organizations’ support to the legs of a table:

Beaming with confidence, Mr Sanchez-Mola stated that he was sure that Jamaica would be successful in this program. With the growth of MSMEs being the centre of his speech, the benefits of this program were elaborated. The list is as follows:

Mr Sanchez-Mola concluded his speech by promising to lead the MSMEs to global digitalization by giving them the tool to do it themselves without the need for money, extensive time or experience.

His speech provided a great segue to Miss Valerie Veira, CEO of Jamaica Business Development Corporation (JBDC). JBDC is passionate about using teamwork to develop MSMEs. Their goal is to help businesses to survive and prosper by providing them with business advice, consultancy and training of the highest professional standard on both generalist and specialist business subjects. They are pleased with this initiative because it makes what they love to do, easier. Miss Veira also stressed the importance of MSME’s linking with a Business Development Organization (BDO), such as the JBDC, BEFORE heading online. The BDO will ensure that the MSME is ready for the increased traffic that is expected to be experienced once introduced and advertised to the world.

The Keynote speaker was the Honourable Floyd Green, Minister of State, of the MICAF. Minister Green spoke about the challenges MSMEs face. Often times, their sole focus is on expanding their business, however, they are left behind due to their absence of the internet. He stated that the government has a key role in advancing the MSMEs and ensuring that they are present in the global world:

The State Minister continued by promising that the Ministry is about action and they are going to follow through with this dynamic project. As a person who practices what he preaches, the Minister tested the online platform to ensure its smooth sailing as well as reiterating its benefits:

Following the very informative speeches, the Memorandum of Understanding (MOU) between Kolau, OAS, and the MICAF was signed. The MOU is an agreement between the partnering organizations, which expresses the will between the parties and indicates an intended common line of action.

MSMEs are at the forefront of growing the economy of Jamaica. The MICAF, as well as the partnering organizations, are targeting them to boost their growth. They are also being implored to make use of this once in a lifetime opportunity and to maximize the efforts being made. In keeping with the slogan for Vision 2030, let’s work together to ‘make Jamaica the place of choice to live, work, raise families and do business’.