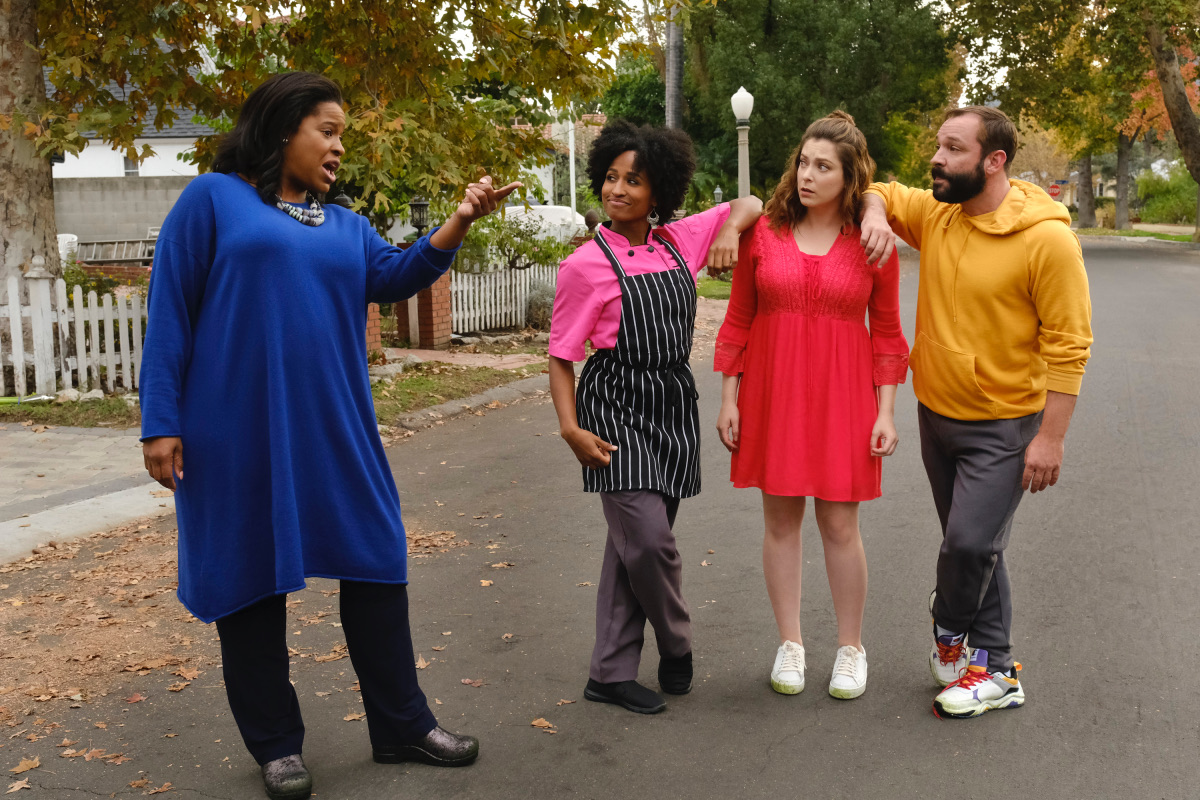 CXG, the CW musical comedy show that ended earlier this year, is beloved for many reasons — its genius songs top among them. Throughout the show’s four seasons, Rachel Bloom, along with songwriting partners Jack Dolgen and Adam Schlesinger, have given us the musical accompaniment to so many of our innermost feelings, including Jewish guilt, ambivalence over the term JAP, and our incessant need to find a bathroom.

All of the show’s songs are wildly funny and brilliantly arranged, so I was not at all surprised to learn that one of them was nominated for an Emmy for best original song this year. But I was especially pleased to learn that the honored song is one that combines CXG’s signature humor with a truly life-saving message about ending the stigma over mental illness.

“Anti-Depressants Are So Not A Big Deal” is a special song for many reasons. For starters, it’s one of only three songs from the series featuring Michael Hyatt, the incredibly talented British Jamaican actress who plays Rebecca Bunch’s incredibly patient therapist, Dr. Akopian. It’s the perfect opportunity for Hyatt, who got her start in the Broadway musical Ragtime, to bust out her singing chops in a joyful number. The song also features a tap-dancing interlude, which should be an automatic plus in any musical-lovers book. But the biggest reason this song rightfully deserves all the accolades is for the lyrics themselves, which break down the stigma of anti-depressants and send the message that so many people still need to hear.

The song, which is from the season 4 episode “I Need to Get Out,” starts with Rebecca in Dr. Akopian’s office, who casually mentions that everybody is on anti-depressants. “Everyone, really?” Rebecca asks, to which Dr. Akopian reassures her that yes, “that’s what I’ve been trying to tell you. You’re not alone in this.” Cue the piano and a waiting room full of patients singing out the names of realistic-sounding medications like Fluoxetine and Citalopram (the song later lets us know that the show’s lawyers “won’t let us say brand names”).

Hyatt kicks off the first verse laying it all out:

From the moment that we learn to walk and speak
Our parents tell us everyone’s unique
Now, I’m not saying that advice is bad
But honey, you’re not special ’cause you’re sad

She goes on to list all the people in their community who are on “20 milligrams or so” before getting to the big chorus and thesis of the song:

Welcome to the club with open admission
You’re cast in the play that has no audition
Yes, everyone is special, that’s usually the sitch
But when it comes to meds, you’re such a basic bitch

The song then goes on to feature all the different reason why the local town folk have gone on anti-depressants (and their various unwanted side effects that come with it). The first time I heard it, I made a small plea that this song be shown in every high school health class because it could save lives.

And I’m not being hyperbolic. The first time I experienced a bout of depression, I was a freshman in college. I didn’t really know what was going on, except that I felt very, very sad, very, very alone, and totally unsure of what to do about it. Nobody had ever talked to me about therapy, let alone medications that could help ease depression or anxiety. But even if they did, I’m not sure I would have ever considered that as an option for me unless they really stressed just how common it all was. I was hesitant to even put a label like “depression” on myself because that felt too real, too serious for what I had been dealing with. “I’m just sad, and it’ll pass,” I told myself. Well, it eventually did pass — about two years later, after I suffered through the worst moments of my life feeling totally alone.

Luckily for me, when depression came back to pay me a visit during the summer I turned 30, I had a somewhat better idea of what mental illness looks like, and the kind of mental healthcare available to me. I had been in therapy for a couple of years and had met plenty of people who confided in me that they were on anti-depressants or anti-anxiety medications. And so, when it became clear that my summertime sadness was a bit more than I could handle, I asked my therapist for a psychiatrist reference, made an appointment, and got my first prescription for anti-depressants.

Anyone who’s dealt with anti-depressants knows they’re not a quick cure-all or a one-size-fits-all approach to depression. I had to try a few different medications and dosages before I found one that didn’t leave me feeling dizzy all the time or cause me to profusely sweat while sitting in air-conditioning. And slowly but surely, I found myself feeling better. I was no longer avoiding making plans at all costs, or sleeping throughout an entire beautiful weekend day, or bursting into tears for no reason.

I often think back on what would have happened if I sought out mental health counseling back in college, if I wasn’t so afraid of the stigma that came with it. I try to live my life with as few regrets as possible (#yolo), but knowing that I spent two years feeling so miserable when there was a possibility I didn’t need to feel that way absolutely breaks my heart.

So really, what would happen if every young person in this country was taught that depressants are not a big deal? That so many people you know and love are already on them? That’s the world I’d love to live in, and I’m so thankful for shows like CXG for broaching the topic in such a hilarious, real, and catchy way.