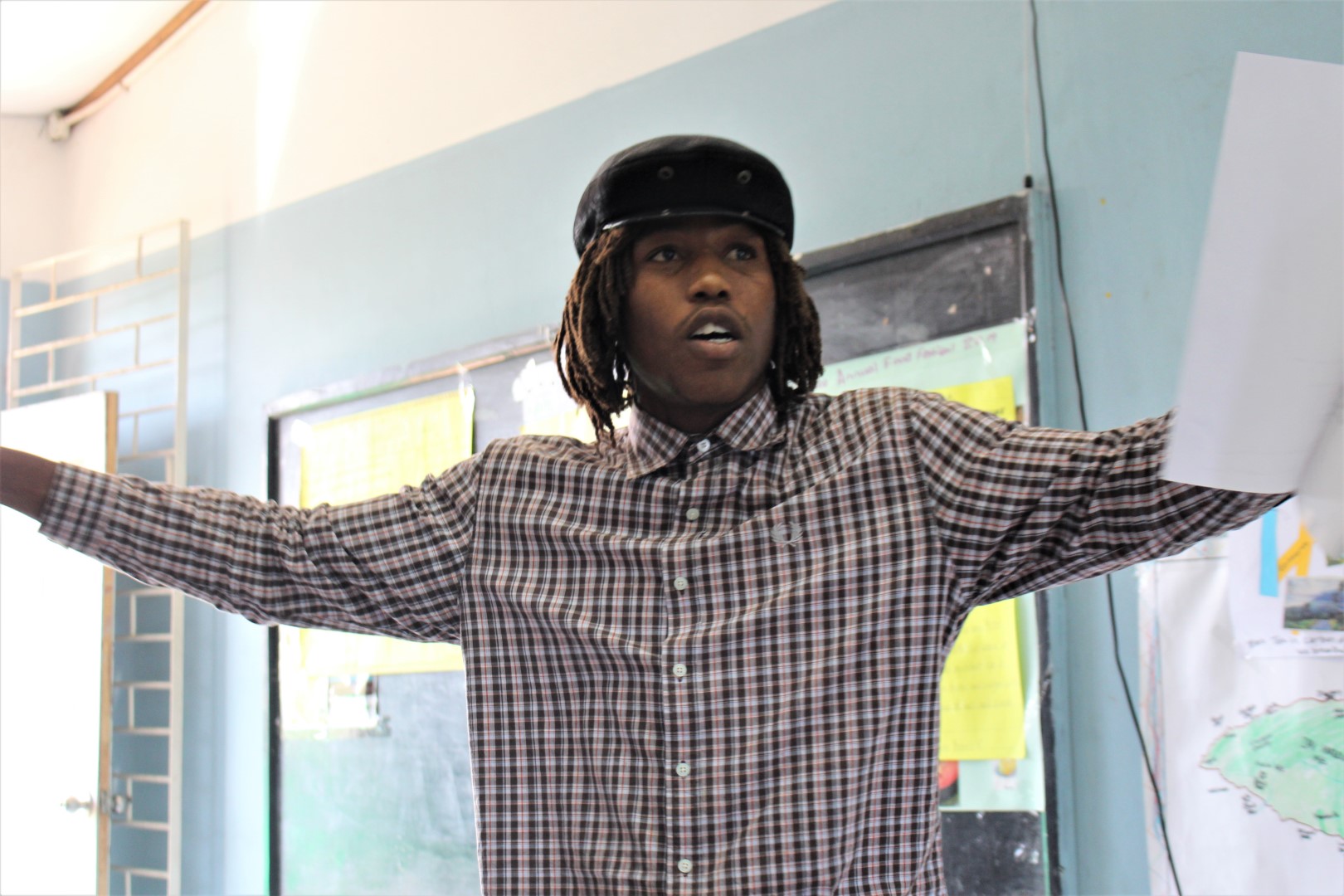 During the week that the Most Honorable Edward Philip George Seaga transitioned to the resort in the heavens, Tivoli Gardens was just giving birth to what could be the biggest boost to the local economy.  Coached by the people over at Team Jamaica, the ‘passionate patriots’, as we like to call them, showed up and meant business.

Mr Williams went further to explain the impact that the Team Jamaica project has had on the communities it has served.  He stated that the byproduct of training had fostered great results of employment or further education possibilities. Employment or continued education are the byproducts of the inaugural staging of this Team Jamaica Programme. Mr Williams was very excited to report that the feedback has been entirely positive both from the students of the programme and from potential students.

The current cohort gave positive feedback about the programme.  When we caught up with Kaye-Ann Green, she had already started thinking about how she could utilize the knowledge she gained from the programme.  She plans to open an AirBed and Breakfast (ABnB) in West Kingston to make use of her personality and a friend’s empty house in the area. The thought of having the first project after the programme left Kaye-Ann excited.

Kaye-Ann Green discusses her excitement with the program

The enthusiasm for the course was not just felt by Kaye-Ann. We spoke to many of the other students and the sentiments were just about the same. The programme is waking up the hidden pride each student feels about Jamaica. Finally, there is a programme that explains certain Jamaican origins by digging into history and bringing forth Jamaican truth. This formula is not wasted.

When Good News Jamaica visited the classroom on Monday, we were treated to presentations by the students. As much as Tivoli is known for its creative expressions, we were pleased with what each student brought. Whether in rhyme, lecture, or question and answer form, the students were filled with the two things that make presentations great; passion and knowledge.

One such student was Akeeva Miller, a practising chef who just happened onto the course and, based on his experience, has recommended it to at least 5 of his colleagues. Listen to how he explains his time in the programme and what’s next.

Monique Gordon is a tertiary student at the University of the West Indies. She lives in neighbouring Denham Town but decided that this programme was not going to pass her by. Perusing a degree through the Caribbean Media and Communications, Monique wants to augment the information she received from her formal schooling with her newfound knowledge. She is already expressing how empowered she feels.

Good News Jamaica took the time to address the students to let them all know how happy Jamaica should be with what they have produced and who each student is. The representation of patriotism in the room was very evident. Coupled with the passion to learn, work, and represent our country, this Tivoli cohort is on fire and ready to fill the gap caused by the so-called ‘brain drain’. This group of students represent the Jamaicans who would much rather remain in Jamaica in order to give back to the land of their birth.

As far as accolades go, it’s best that Mr Williams give those.

Julia Barnes – Getting Investment Advice for a Child