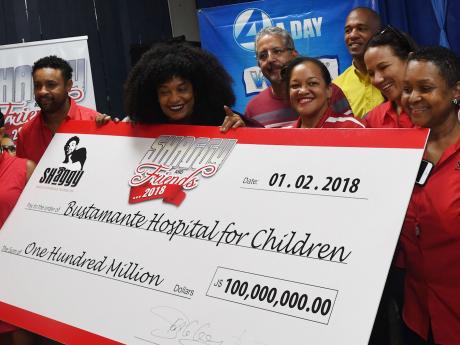 Speaking at the launch of the Shaggy and Friends’ Annual Concert last December, the international icon and philanthropist said he was confident that the charity event which was held in January, could generate the funds being targeted.

Through his Make A Difference Foundation, the entertainer has used the proceedings, to buy hundreds of pieces of vital equipment for the children’s hospital.

In 2016, more than 450 pieces of equipment were bought and handed over to the hospital from the funds raised at the 2016 staging of the event.