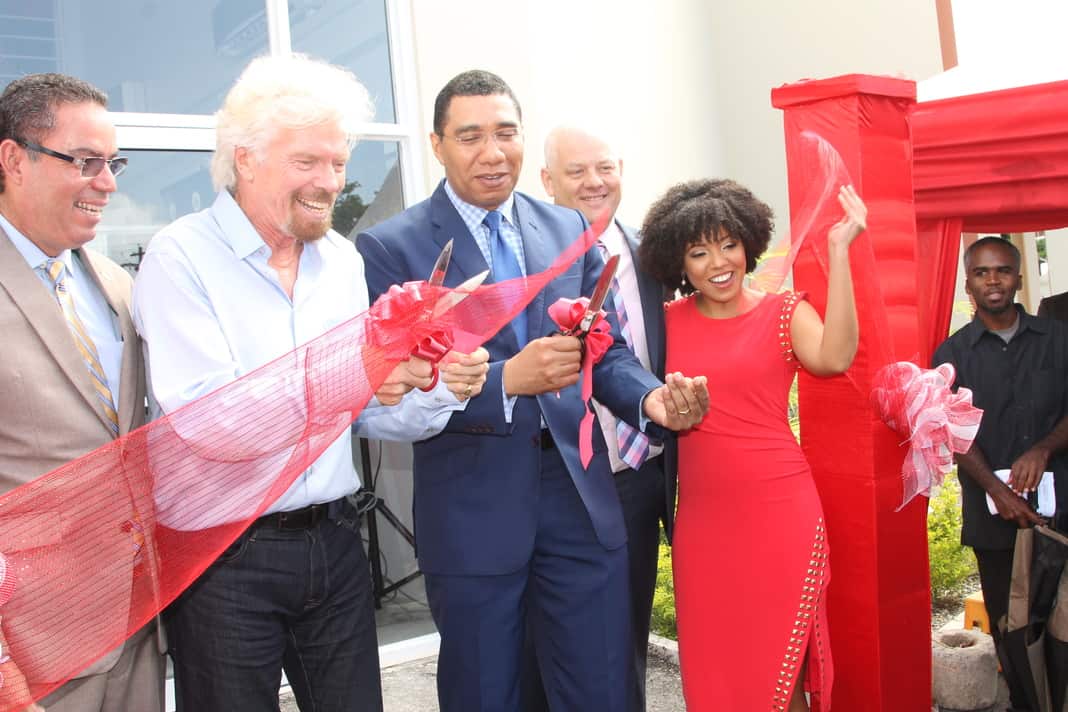 Sir Richard Branson visited Jamaica to launch the second iteration of the Branson Centre for Entrepreneurship.  This time around, the centre is located in Kingston.  The previous location of the centre was in Montego Bay.  As stated by Lasaundra Rickards, “Entrepreneurship is everything.  Entrepreneurs spend all hours of their waking lives trying to figure out ‘how can I improve other peoples lives? How can I create a product that is going to make other peoples lives better?’ They are the people who are going to create the jobs of the future”.. ” We setup originally in Montego Bay to help encourage that spirit of entrepreneurship in Jamaica.  I think it’s already ingrained in [the] people naturally.”

With further research, the centre found that the majority of entrepreneurs in Jamaica were actually in Kingston. However, having the center in Montego Bay was an inconvenience to those entrepreneurs so the decision was made to relocate to Kingston.

Sir Richard, explained that he compares entrepreneurship it to the board game, chess.   A confessed lover of the board game, Sir Richard stated that “like in business I try to protect the downside so I’ll try to get my King tucked away behind a number of pawns with a number of escape routs if things are going to go wrong.. In business I did [the same type of thing].  I made a deal with Boeing that I could hand the plane back after a year if people didn’t like flying on the airline. So protecting the downside is always important.”  It is the vision of Sir Branson that the centre will be in many other Caribbean islands to help spawn an increase of entrepreneurs in the region. Together with the hope of expanding the Branson Centre in the Caribbean, Virgin launched the Virgin Leadership portal.  Sir Richard went on to explain that, “All [Virgin group] investments now are purpose driven. We’ll only invest in things that have a real purpose.”

The press conference ended on a high note with Sir Branson asking Heneka Watkis-Porter to indulge him by allowing him to pose with her hair as his. In order to pull this off, Mrs. Watkis-Porter stood back to back with Sir Richard while he used her hair to cover his, like locks.

For the purpose of full entrepreneurship support, the Branson Entrepreneurship Centre has a model which includes training, mentorship services, funding opportunists through a loan fund, equity, crowd funding, grant funding through the Development Bank of Jamaica (DBJ), etc.  This all to “provide a strong community of entrepreneurs who support each other while going on [the] journey of becoming a successful entrepreneur” as stated by CEO Lisandra Rickards.  Ms. Rickards explained that “on average, each entrepreneur at the Branson Centre has created three (3) new jobs and supported three (3) additional jobs.”  With the cohorts numbering 100 now, the direct impact of the centre is at least 300 jobs.  In addition, on average, each entrepreneur has grown their revenue by one hundred and fifty two percent after going through the Branson Centre program.

The Government of Jamaica is Greatful

To help celebrate the “agents of growth”, Prime Minister The Most Honorable Andrew Holness joined in opening ceremony of the Branson Centre.  In showing the governments support for the centre the Prime Minister said, “I know that the DBJ has been supporting many projects [which] support young entrepreneurs.  I know that the [International Development Bank] has been supporting the development of small, micro, medium sized, businesses.  I know that the United States Embassy, through various projects have been supportive… I see many persons here gathered who are a part of the Jamaican very sincere attempt to create an ecosystem for entrepreneurs.  But I’m particularly pleased that Richard has decided to move this very important business development strategy to Kingston…” Going on to explain his interactions with the billionaires whom he, the Prim Minister has met, he said the following;  I would like to say Richard, that it is great that you have made yourself available, for people to have access to you to see you in operation.  But more than that, to invest your own funds in developing an ecosystem to support the kind of mentorship that is necessary for the next billionaire who, I’m not just hoping, but I have a certain confidence, will be a Jamaican,”

After cutting the ribbon to the centre, both the Prime Minister and Sir Richard toured the new centre to view the showcase of entrepreneurs displaying their products.