A Tribute to Unsung Heroes – Fathers

Home | Just A Thought | A Tribute to Unsung Heroes – Fathers

A Tribute to Unsung Heroes – Fathers

Father’s Day triggers mixed reactions for many. Yet what if you took a moment to pause and reflect on the unsung heroes – fathers you have witnessed? I am doing so today, and one such unsung hero is our father, Mr Leon O. Harris.

His journey began in April 1942 with humble beginnings in the quiet rural community of Rock River, Clarendon. Like all of us, he had to make decisions in life – which ride to jump on and which one to let pass by, and these decisions have shaped who he is today.

Those who know him well know that the path of fatherhood was not without sorrow and pain, including the loss of his wife, bang in the middle of relocating to take up a work assignment. A single father with four children, ages 6 to 15, he kept the family together in his new life in a new country, Guyana.

Having met the second woman who would later become his wife, in his own words at a 70th birthday celebration, “it’s alright to have two wives, once it’s one at a time. If the Lord takes one and gives you another. God has blessed me with a wonderful one first and another wonderful woman now”.

One of the early decisions he made was to follow Jesus. And 80 years later, he is still following Him.

But why celebrate an ordinary man, and what makes him an unsung hero to his children?

Leon is “like a tree planted by streams of water, which yields its fruit in season and whose leaf does not wither…”, Psalm 1, much of this coming from moments of stillness with His heavenly Father.

Still – He stands. A haven.

He created a home which was a haven – a safe place for his children. He was firm, yet we knew he loved and cherished each of us.

His consistent and steadfast faith causes his roots to go deep, and he bears fruit wherever God plants him (subsequently to Barbados, Belize and back to Jamaica).

He still serves passionately with a conviction that God can transform lives, and we witness his deep overwhelming joy as he invests his effort and resources into people. He is storing up treasures in eternity.

As branches of a tree stretch upward, he weathers storms in life with his heart and hands lifted heavenward. Grounded and focused, yet easy-going and making room for play.

He is not ashamed to show his tears, nor is he too big to say, “I was wrong”.

Stop long enough to notice unsung heroes that have crossed your path, and be thankful. And if by choice you call, tell them you are cheering them on as an unsung hero in your book.

Google will not return the accomplishments of Leon O. Harris, and indeed, he is not interested.

These days he often quotes Matthew 5:16 – “Let your light so shine before men that they see your good works and glorify your Father in Heaven”. Indeed, he is storing up for himself treasures in eternity.

In the last year, Leon had 2 ‘close-call’ health incidents – it blesses us that we still have him with us. We love him dearly: Shaunelle, Louis-Ray, Jozanne, Sheri, Jared. 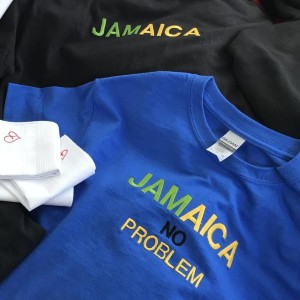