Located on the South-Eastern coast of Jamaica, the parish of St. Thomas is a beautiful parish filled with historical facts. Boasting the title of one most storied on the island, the parish’s archives can be dated back to 650 A.D when the Tainos first settled on our shores. Several Taino settlements have been discovered at Spanish Wood, Retreat, Belvedere, Cambridge Hill and Yallahs. In contrast, old Spanish cattle ranches were established in “Morante” (now Morant Bay) and Ayala (now Yallahs).

In later years, Windward Maroon bands were formed after St. Thomas, and Portland Maroons joined in the mountains. These Maroons eventually would play a critical role in Jamaica’s history. However, the history of St. Thomas is now popularly associated with the events of 1865. The same events that were initiated in the humble district of Stony Gut.

Recently, Good News Jamaica had the opportunity to visit the historic site. There are many things that the general population doesn’t know about this district. Most, including myself, only knew it as the birthplace of The Right Excellent, Paul Bogle. However, the district got its name because of it being subjected to massive erosions and landslides. As a result of the disasters, huge gullies and gutters were carved out. Boulders and stones deposited from heavy rainfalls remained in the area; thus, the district got a stony appearance.

According to the National Library of Jamaica, the land known as Stony Gut originally comprised 360 acres. It was also bounded by the Middleton, York, and Spring Garden Plantations. Due to its strategic location, Stony Gut was a free village. It was not a planned settlement with a defined layout pattern as the other free villages founded by the church. This district, however, was randomly developed and lacked structure. Freedmen bought land and erected without proper thought; they built according to their flow of money.

In 1865, Jamaica was plagued with grave social and economic issues. Declining prices in sugar resulted in a reduction in estate wages. Peasants were also affected by a drought which lasted for two years in the early 1860s. The yield in crops was significantly lower, and thus, the price of locally produced food skyrocketed. Estates hired fewer people, and a spike in unemployment occurred.

In addition to the unfortunate estate situations, St. Thomas was where unfair trials in the courts ruled. Through the courts, there were many injustices against the poor.  After emancipation, the magistrates who were employed by the crown were replaced which judges, who were planters.

Dejected and frustrated, the people of Stony Gut found leadership in the late Paul Bogle. Bogle was a farmer and baker by trade. He was also a Baptist deacon and one of the 104 persons who had the right to vote. Paul Bogle was deeply concerned and upset by the oppression and injustice that his people were subjected to. After several attempts to peacefully resolve their problems, he led them to active resistance.

In August 1865, Paul led a group of people from the surrounding areas to the then capital, Spanish Town. They did this to petition to the Governor for an improvement in the conditions of the peasantry. Bogle and his followers returned home dejected after Governor Eyre refused to see them.

Determined to make a difference and end the oppression, Paul Bogle and his followers left Stony Gut again. They marched to Morant Bay to complain to the Governor about the injustice and inequality felt by Jamaica’s poor. On their way back a protest broke, resulting in several deaths. This event later became known as the Morant Bay rebellion. Paul Bogle was hanged for his role in the rebellion, and the village of Stony Gut was destroyed.

The site has been preserved as a memorial garden to Paul Bogle and his followers. It is also the only remains of Paul Bogle’s land. In 2002, the Jamaica National Heritage Trust (JMHT), conducted work on the Stony Gut site.  Among the discoveries was what is believed to be the Stony Gut Chapel’s steps where Bogle was Baptist deacon. Two years later, the JNHT completed a new Visitor Information Centre, restored the church and built a bridge at the heritage site.

We hope you learnt something new after reading this article. If you’d like us to visit and share about another historical location, let us know in the comments. Come share, celebrate, boast and debate our Jamaican culture with us. 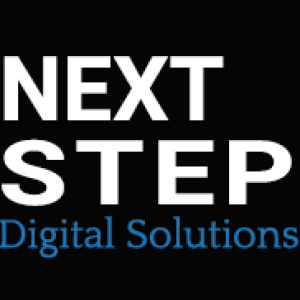