Never heard of it? That was the time when 60,000 black Jamaicans, led by a 31-year old Baptist preacher named Samuel Sharpe, emancipated us.

Sixty thousand black Jamaicans — our foreparents — emancipated us. Not Victoria.

Our foreparents are the ones who made slavery too expensive and, frankly, too dreadfully difficult for the terrorists to carry on with it. Victoria, used our money to bail her terrorists out.

Now, it’s time to stop letting people tell you that was “the Christmas Rebellion.” Rebellions have no lasting effect on political dynamics. They are never successful, and they change nothing.

Yes, the strike did begin peacefully on December 25. But that was to no effect. And so, the Kensington Estate in Montego Bay was set ablaze on December 27, when it was clear that the demands for pay were not about to be met. The response was brutal. War broke out. It was not our people’s preferred scenario, but they were prepared militarily. The violence continued for two months (not just 11 days), as resilient fighters opted for guerilla tactics in the mountainous interior.

The mission had been scheduled strategically for the peak of the cane-cutting season, allowing for maximum damage to the slavery perpetrators’ pockets.

Our foreparents achieved even more than they had anticipated. The war resulted in a chain of events that ended institutionalized slavery across the entire British Empire, in three years. It changed everything.

2,070 of us were killed outright during the battles.

Deacon Sharpe, the last of the persons executed for involvement, responded to charges against him saying, “I’d rather die on yonder gallows, than live in slavery.”

We have a duty to remember the foreparents who fought for our freedom: Within the annual cycle of days, for all intent and purposes, today is the day they broke the chains! Let’s count — exactly 188 years have passed through, but it’s still too early to forget that we’re living in the same moment.

“In this battle for a brighter day, it’s of yourself you have to slay the things that try to hold you.”

Are you spending your time strategically, defending potent love and rights or petty jealousies and wrongs? Are you putting yourself in a more effective position while living the mission?

Please, don’t mock our foreparents’ religions either, whether you’ve embraced a similar one or not. Don’t belittle their beliefs or their rituals, now that you’re free to practice all that you’re inspired to (thanks to them). They found the courage to sacrifice their blood and their lives, for the sake of ours. That should tell us everything we need to know. That should humble us and make us realize we have no license to compare our thoughts to theirs.

Give thanks Daddy Sharpe!

Give thanks Mumma Nanny!  (You rescued many, before our beloved Deacon’s time.)

Give thanks for you all, freedom fighters — named and unnamed!

It was only yesterday that you started writing this chapter of our story.

All we need is a few more of us to own it.

The article’s featured image is “What next?” by LookYah Photography 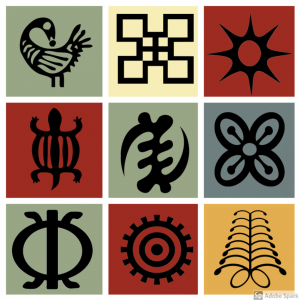